Exotic occupations of the charity world

If you are interested in pursuing a passion, this is the sector where you can carve out a unique role, as these four professionals told Annette Rawstrone

It's unlikely that any other sector can boast the range of causes and diversity of jobs that can be found in charities. There are roles for people of all types, ranging all the way from circus performers to those with a passion for sorting through fruit and vegetables. Here, four charity workers talk about their work, which has taken them off the beaten track. 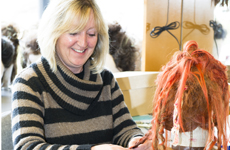 "I've made ape suits and implanted wart hair in my line of work – not many people can claim that," says Sheila Slaymaker, wig supervisor for Glyndebourne, a charity that inspires people to engage with opera.

"A chance referral from the London College of Fashion at the end of my studies sealed my fate. I have worked with wigs ever since. We have about 3,000 wigs of different styles and periods, ranging from 1 cm to 1.5 metres in length, and in most colours of the rainbow.

"One of the best things about my job is knowing that our work with wigs is part of a bigger end product, which gives people huge enjoyment. We hit the road in October and will visit six locations across the UK. Seeing our productions in such different venues is something I'm extremely proud of.

"Blending the needs of artists and designers to achieve the right outcome and managing a large team of creative people can be the trickier aspects of my job, but it's a good feeling to realise a design brief with a wig. It's even better when an artist embraces it and uses it to really identify with their character." 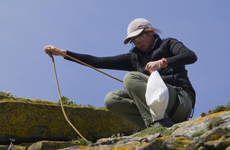 "Half of my job is jumping around on ropes and cliffs; the other half is hard graft," says Ellie Owen, a seabird conservation scientist for the RSPB. "For four months of the year, during breeding season, my team and I are working on remote UK islands, using miniature GPS technology to tag seabirds and to monitor their movement to assess declining seabird populations. Many of the islands are uninhabited and can be exciting places, but it can be dangerous and we do a lot of rope and first-aid training.

"Gaining an RSPB scholarship to the Shetland island of Fair Isle as a teenager threw me into ornithology; I went on to gain a doctorate in seabird ecology. For this job, you need to be practical with lots of common sense and optimism, and also a love of the wilderness. Watching the sun go down while puffins fly around is stunning.

"Many people regard seabirds as cold and fishy, but they are comical, fascinating, and nice and warm. It's a huge privilege to hold seabirds and see up close what they are like, but sitting on rainy cliffs for hours waiting for them to return isn't much fun. Many of the tags get lost, but when we do get one back, we just plug it into the computer and see the data, which gives amazing instant gratification. One had flown to Norway and back in a day.

"The role of conservation scientist is unusual because I also engage with the public and talk to policymakers. The RSPB is finding answers to conservation problems and going directly to government, which makes it an incredible organisation to work for." 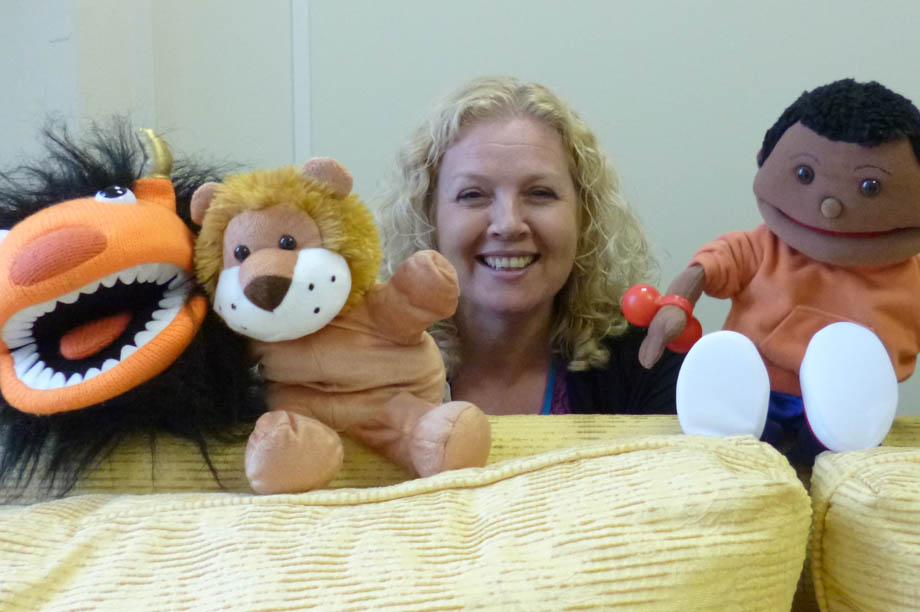 "Acting with puppets, playing games and having fun is all part of my work," says Helen Fisher, senior practitioner at the childhood bereavement charity Winston's Wish. "People imagine that working with bereaved children is morose. There are sad elements, but we have much enjoyment too.

"I'm a trained counsellor and playing is definitely the best bit of my job. Being with a child or young person when they absorb a positive from the sadness is rewarding. Using puppets is great because many children engage with them and project their emotions on to them. I have often found myself playing the role of a bug undertaker during therapeutic sessions, when we use insects to explore the difference between being dead and alive, and conducting a funeral. You certainly have to be able to laugh at yourself in this role and be a good listener. Children might be suffering from separation anxiety, disturbed sleep, becoming withdrawn or having angry outbursts. A crucial part of the job is enabling them to laugh and to be happy again." 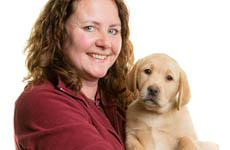 "Seeing new life is miraculous," says Claire Jones, a breeding scheme supervisor at Hearing Dogs for Deaf People. "I have whelped at least 50 litters and it's new and amazing every time. I'm in charge of 20 brood bitches that are fostered as pets in family homes. They are mated about once a year, and my role covers mating through to delivery and the welfare of the puppies until they are about seven weeks old. I had experience through my own Labrador and helping friends with litters of pups before volunteering and then getting the job at Hearing Dogs.

"I'm on call 24 hours a day for when the dogs go into labour, and I often bring home dogs. It's all part of the job. I support the foster families, run training classes and ensure the continuing welfare of all the dogs, including helping to socialise the pups to help them be hearing dogs of the future. It's fantastic to hear that they are settled into homes and making a big difference to deaf people's lives, such as giving a child the confidence to sleep through the night."