First steps as a regulator

The Charity Commission for Northern Ireland is still finding its way. Sam Burne James meets its chief executive, Frances McCandless, and looks at the role charities play in healing the country's difficult history

Half an hour's drive west of Belfast, above a chip shop in Lurgan called Friar Tuck's, is the office of the Charity Commission for Northern Ireland. From this unassuming building by the M1 motorway, the regulator is masterminding an administrative revolution in the charity sector.

The CCNI was established by the Charities Act (Northern Ireland) 2008 and came into being in March 2009. Its most prominent responsibility has been the creation of a compulsory registration regime for all charities in Northern Ireland, the start of which was delayed until 2012 by a wrangle about the definition of public benefit. The register went live in December 2013, since when a total of 466 charities have registered.

There are 6,250 organisations in Northern Ireland that HM Revenue & Customs deems to be charities for tax purposes, and many more that the CCNI considers to be charities; the total is estimated to be between 7,000 and 12,000, but the sector's true size is unknown, and the timetable of three to five years for registering all charities is therefore just an estimate.

A working life in charities

The process is being overseen by the regulator's first chief executive, Frances McCandless. Before she joined in April 2010, she had spent her working life among charities and had previously been policy director at the Northern Ireland Council for Voluntary Action.

McCandless is aware of the magnitude of the task. "There is a block of organisations that have never gone near the tax authorities," she says. "We have a communications job ahead of us; many smaller organisations might not even think of themselves as charities."

Unlike in England and Wales, where some organisations such as universities are exempt and charities with incomes of less than £5,000 do not have to register, all NI charities must register with the commission. McCandless says: "There was a consensus that there should be no exemptions. We don't think it will be an onerous burden for small organisations."

Much of McCandless's work over the past four and a half years has been building up the CCNI so it can fulfil its duties. In February 2011, it gained powers of investigation; it has since received nearly 350 concerns, of which 52 are still being examined and the rest have been concluded.

McCandless acknowledges the support provided by the Charity Commission for England and Wales, the Office of the Scottish Charity Regulator and other charity watchdogs as far afield as Canada and New Zealand, but she says the CCNI is not in the business merely of following others. For example, charities registering with the CCNI must provide a public benefit statement alongside their charitable objects, explaining how they will fulfil those objects – something not required by its counterpart in England and Wales. This has created something of a hiccup in the registration process. "The quality of the public benefit statements has proved to be problematic," she says. The CCNI is trying to make registration easier by registering in blocks groups of similar organisations such as parent-teacher associations or churches.

'Our thinking is always evolving'

Earlier this year, the Charity Commission for England and Wales started to name in public all those charities that are subject to statutory inquiries; the CCNI has so far not followed suit. "Our thinking around that is always evolving, as I think it has been for England and Wales," says McCandless. "It might be that we go down that track, but we have to think about what is right for this environment."

Some of the CCNI's role is still to be defined by regulation. It will require registered charities to submit annual reports, but so far only interim measures are in place, with permanent plans pending. Similarly, although section 167 of the 2008 act allows for charities registered elsewhere to operate in Northern Ireland without full CCNI registration or reporting, how this will work still requires detail from the relevant ministry, the Department for Social Development.

The CCNI also has to face the thorny issue of Northern Ireland's troubled past. The commission is, like all public bodies in Northern Ireland, required by law to promote equality and good relations between different groups, and it keeps diversity monitoring data about its staff of 29.

Straying into the political arena

One issue it will need to monitor, McCandless says, is charities becoming too closely aligned with political factions.

"Organisations will have aims that might appear politicised, if not political, because of the context they're in," she says. "The challenge we will face is not so much about organisations having political or sectarian objects, but that some activities might stray into the political arena. In this area we will have to be very careful in scoping out the boundaries."

We don't have any objections to grant applicants having a political perspective; what we're interested in is their contribution to peaceful, transformative change

Another boundary of interest is the border with the Republic of Ireland. McCandless welcomes the creation of the republic's Charities Regulatory Authority, which met for the first time in May. She believes this will result in equivalent treatment of charities on each side of the border and deter "cross-border regulatory shopping". With so many charities doing work that crosses the border, it will only be when both regulators are fully up and running that charity regulation for the island of Ireland will be truly established. The CRA is at an embryonic stage; the CCNI is in many ways taking its first baby steps as a regulator, and the journey for McCandless and her staff is only just beginning.

The legacy of the Troubles is never far out of sight in Northern Ireland, and bridging the divide between the Catholic and Protestant communities remains a major issue for charities. 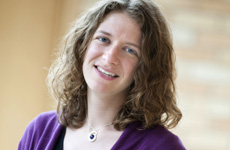 Celia McKeon (left), Northern Ireland programme grants officer at the grant-maker the Joseph Rowntree Charitable Trust, acknowledges the progress made in bringing the two sides together but says tensions remain. "The violence has largely been taken out of the conflict, but there are a number of areas of deep division that still need work," she says. "The acrimony that is sometimes associated with these disagreements has a tendency to reinforce divisions at a community level."

Funders such as the JRCT accept that it's difficult to separate political belief from charitable work; political neutrality is therefore no prerequisite for funding. McKeon says: "We don't have any objections to grant applicants having a political perspective; what we're interested in is their contribution to peaceful, transformative change."

It is common practice in Northern Ireland for charities to pointedly situate themselves in areas on the boundaries of traditionally opposed communities. One such example is the North West Volunteer Centre in Derry/Londonderry  – the city is known by this dual moniker because Derry tends to be favoured by nationalists, Londonderry by unionists. Jacqueline Garnon, the centre manager, says it is located within walking distance of two traditional strongholds of the two communities: the Bogside and the Fountain. "The council is particularly happy to work with us because we're cross-community," she says.

The NWVC is legally known as the Churches Voluntary Work Bureau and has neutrality enshrined in its governance. Its 12-person trustee board includes three members from each of the four main Christian denominations: Roman Catholic, Methodist, Church of Ireland and Presbyterian.

But there are parts of the charitable sector that are largely unaffected by sectarianism. Lynda Wilson, Northern Ireland director at the children's charity Barnardo's, says: "For a Barnardo's worker in our children's services, there is no difference if the children are from Belfast, Strabane, Glasgow or Southampton. We respond to need irrespective of colour, creed or religion."

Nevertheless, even those charities whose core work does not focus on community cohesion sometimes have to get involved in projects that do. Wilson says: "We have some programmes that support specific cross-community work and we would be keen to expand that area of work." 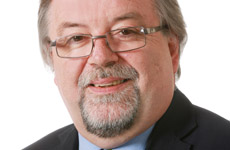 Seamus McAleavey (right), chief executive of the infrastructure body the Northern Ireland Council for Voluntary Action – which, like the NWVC, is based in a boundary area – says that, over time, charities have become expert in carrying out their campaigning, lobbying and other work in a firmly non-partisan way. "Most organisations in Northern Ireland have a track record of working in a tough political environment and being very transparent," he says. Some even suggest that this long-standing commitment to staying out of the party-political arena means that Northern Ireland is the UK region that is best placed to deal with the lobbying act.

Other issues that Northern Irish charities are grappling with include increased contracting-out of services, McAleavey says, and the current impasse in the Northern Ireland Assembly over key welfare reforms, which has been described by some as the biggest crisis in Stormont's history.

However, the issue on many people's minds is the same as on the other side of the Irish Sea: money. Funding related to the peace process has helped to cushion the sector in a time of austerity, but now money is becoming harder to find.

McAleavey says: "Income generation is a big issue. Northern Ireland is sitting firmly in recession and public spending is tightening. Public expenditure cuts have been slower to be implemented than in England, but the projections are for pretty major cuts in future."

Less than a mile north of the Charity Commission for Northern Ireland's offices on Lough Road in Lurgan is the main base of the lifeboat charity Lough Neagh Rescue. For the past 18 months the charity has been the subject of the most challenging CCNI investigation to date.

According to Trevor McKee, a former trustee of the charity who was removed from his role by the CCNI, internal tensions at the charity developed in late 2010 and 2011. In February 2012, McKee and other volunteer lifeboat crew members at the charity contacted the commission, expressing concern about finances and saying they had been locked out of one of LNR's stations since the previous month.

The CCNI opened a statutory inquiry into the charity in May 2013. McKee was removed from his role in August 2013 and five other crew members were removed from the charity in October 2013. Gregory Burke, one of the five, and McKee have both said they believe Catholic-Protestant tensions were a factor in the escalation of the situation, something the charity denies. "Northern Ireland has specific legislation to deal with religious discrimination," a spokeswoman for the charity says. "We feel that the religion card is now being used by a group of disgruntled former members in a last-ditch attempt to tarnish the reputation of Lough Neagh Rescue."

Burke, McKee and the others then appealed to the Charity Tribunal for Northern Ireland against their removal. On the final afternoon of a five-day hearing in March this year, the regulator withdrew its opposition to the five former members' appeals. Their removal has now been withdrawn, but the five have not been able to return to the charity.

The commission said at the time that it had withdrawn its opposition because the charity had since "moved on" and that it was content that the charity's governance had improved.

McKee's situation remained undecided; in July, the tribunal released a judgment upholding the removal of McKee as "both necessary and desirable" for the charity's governance, although it noted that he had not been guilty of misconduct.

McCandless says of the case: "The tribunal did uphold the removal of the trustee, which was the main outcome we wanted. It's always difficult as a regulator to come into a scenario where people feel passionately about what they are doing."

McKee says that he and the other five crew members are continuing their campaign to hold the CCNI to account. A CCNI spokeswoman said it hoped to conclude its inquiry and publish a report later this year.