Footballer Alex Scott goes to Iraq for Save the Children

Plus: Rebecca Front fronts up for Together for Short Lives, Alastair Stewart becomes a patron of The Brooke and Jeff Stelling walks from Hartlepool to Wembley for Prostate Cancer UK

The Arsenal Ladies football captain Alex Scott visited a programme in Iraq developed by Save the Children and the Arsenal Foundation. The programme works with vulnerable children in camps for people who have been forced to leave their homes because of the local conflict. Scott said the scheme, which has involved the installation of two artificial pitches, was giving the kids normality in a difficult situation for them.

The actor Rebecca Front has been named as an ambassador for Together for Short Lives, which supports families with children who have life-shortening conditions. The star of The Thick of It was the voice of a radio appeal for the charity in 2014 and recently attended, on behalf of the charity, a reception hosted by the Prime Minister's wife, Samantha Cameron, at 10 Downing Street.

The Duchess of Cambridge opened a new charity shop run by East Anglia's Children's Hospices. She took a tour of the store, in Holt, north Norfolk, met shop staff and some of the charity's long-serving volunteers, before becoming its first customer by buying a Fireman Sam book and a Beatrix Potter figure. She has been a patron of the charity since 2012. 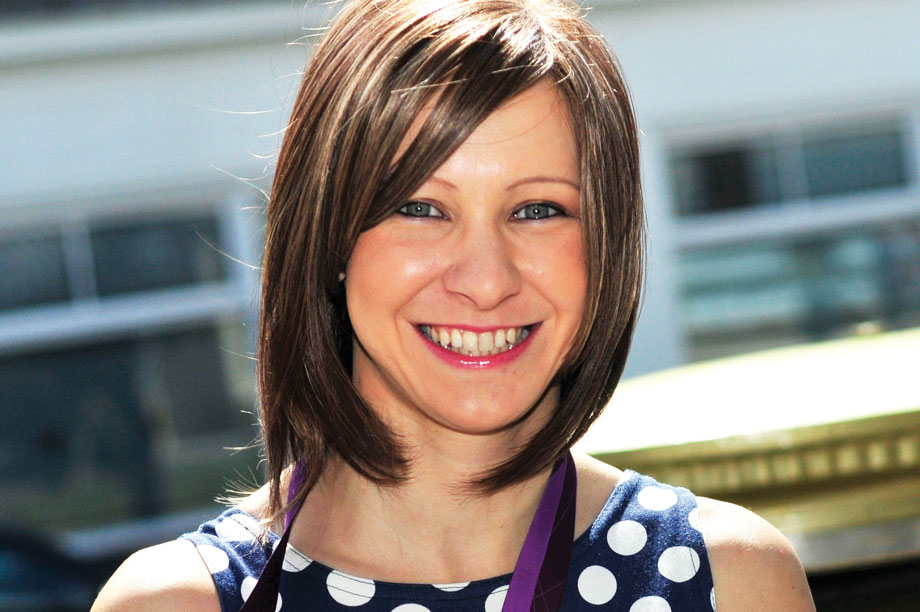 The cyclist Joanna Rowsell Shand (right) gave her backing to the sustainable transport charity Sustrans' Big Pedal event, which invited schools to compete against each other to see who can get the highest number of pupils, staff and parents cycling and scooting to school. The event was due to take place between 18 and 29 April.

The model and reality TV contestant Casey Batchelor took part in a firewalk to raise funds for the Haven House Children's Hospice. She was among 33 people who walked across hot coals in aid of the charity in the grounds of the hospice in Woodford Green, Essex.

The newsreader Alastair Stewart has become a patron of the equine welfare charity The Brooke. Stewart, who has presented the ITV evening news for more than 30 years, is a long-term supporter of the charity. "Horses have been and will always be a massive part of my life" he said. "It started at a young age when I rode while at boarding school in Kent. I even courted my wife, Sally Ann, on horseback."

The sports presenter Jeff Stelling walked from his beloved Hartlepool FC to Wembley over 10 days in aid of Prostate Cancer UK. The 262-mile challenge, which he completed with Russ Green, chief executive of Hartlepool United, took in 32 football clubs and raised more than £300,000 for the charity. He was joined on the final day by former footballers including Matt Le Tissier, Trevor Sinclair, Mark Bright and Les Ferdinand.

The comedian Jason Manford was the headline act at Shake With Laughter, an event to raise funds for Parkinson's UK that was held at the Comedy Store Manchester in March. Other acts included Mick Ferry, Kiri Pritchard McLean, Alun Cochrane, Johnathan Mayor and Harriet Dyer.

The international athlete Louise Hazel, Commonwealth heptathlon champion for England in 2010 at the Delhi games, has given her backing to a campaign by the British Heart Foundation that challenges people to run the equivalent of a marathon during the month of May. The MyMarathon challenge asks people to clock up a total of 26.2 miles over the course of the month to raise funds for the charity.

Sir Michael Parkinson (left) has become a patron of Yorkshire Cancer Research. The veteran broadcaster agreed to take up the role after being given the all-clear from prostate cancer after two years of treatment.