The health charity's accounts for the year to the end of March show that Gil Baldwin, who resigned on 1 January, received £496,000, which included 15 months of his salary

The former chief executive of the health charity St Andrew’s Healthcare was paid almost £500,000 in the year he left, the charity’s latest accounts show.

The charity’s accounts for the year to the end of March, published on the Companies H 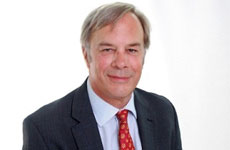 ouse website last week, show that this was because Gil Baldwin (left), chief executive at the time, resigned on 1 January and was given six months’ pay in lieu of notice.

This means the £496,000 Baldwin was paid included 15 months of salary, the accounts say.

No one on the senior management team received a bonus in 2017/18, having done so in previous years.

A spokesman for the charity said that bonuses were not paid because targets for the year had not been met.

St Andrew’s, which has more than 4,000 full-time-equivalent staff, works with the NHS and provides care and support to people with mental health problems. It also carries out research into the causes and treatment of mental disorders.

The number of staff at the charity earning more than £60,000 increased slightly from 151 to 158, the accounts show.

The total income at St Andrew’s Healthcare was £201.5m, down from £205.6m the previous year, according to the accounts.