Fundraising rule change to protect the vulnerable is welcomed

The case of a schizophrenic woman led to an amendment to the fundraising code. Susannah Birkwood reports

In December, the Institute of Fundraising announced that it had amended its Code of Fundraising Practice to include a rule that takes into account the needs of people in vulnerable circumstances.

The new rule and the accompanying guidance, Treating Donors Fairly, were formulated by a working group set up earlier this year in response to a request by the Fundraising Standards Board after it had dealt with a complaint about fundraising methods at the veterinary charity the PDSA.

Although the FRSB rejected the complaint, in which it was alleged that the charity had taken advantage of an elderly schizophrenic woman by accepting large donations from her over a 14-month period, the self-regulatory body said the IoF code ought to include a new section on working with the elderly and that better guidance on identifying vulnerable adults should be provided.

The new guidance says signs of vulnerability are confusion, asking irrelevant questions or showing signs of incomprehension. Vulnerable people might have physical or mental health conditions, speak English badly or be under the influence of alcohol or drugs. They might have the capacity to donate, but might first need a cooling-off period or the chance to get advice from family or friends. 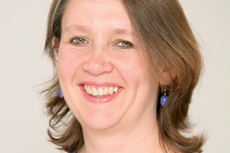 Members of the working group included Elaine Lee (left), vice-chair of the Direct Marketing Association's Contact Centre and Telemarketing Council, and representatives from Age UK, Great Ormond St Hospital Children's Charity and Alzheimer's UK. Lee says the group did not want to make the guidance too prescriptive because its members felt that if they produced a checklist, they would run the risk of charities using this as a "get-out-of-jail-free" card when faced with complaints not covered by the list.

One of the most important changes, she says, is that the code no longer discourages fundraisers from contacting vulnerable people, but instead urges them to provide them with additional support to help them make decisions. "Originally there was the suggestion that, if you felt there was vulnerability, you should not ask for a donation," she says. "Actually, that breaks the Equalities Act because you are denying an opportunity to somebody because of your assessment of their condition." 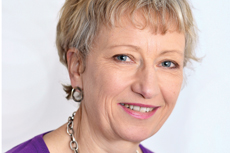 This concern was raised by the fundraising trainer and consultant Valerie Morton (right), who says that fundraisers have sometimes inadvertently discriminated against people because of a disability or attribute. "When I was at the RNIB, the policy was that we did not fundraise from people with sight problems because there was evidence that blind people have lower incomes and employment difficulties," she says. "But I felt blind people should have exactly the same right to say yes or no as anybody else, so I worked with the director-general to change that policy."

Having pushed for the guidance from the IoF, is the FRSB satisfied? "We think the code change and the guidance are excellent and very comprehensive," says Alistair McLean, chief executive of the FRSB. "There are no obvious gaps as it stands, but inevitably there will be a complaint that could require further scrutiny of the code and further adjustments in the future."

McLean says the FRSB does not currently monitor how many of the complaints it receives involve people in vulnerable circumstances, but he says he expects the changes to result in fewer complaints in this area.