The future of fundraising (Part II): How eBay has changed the game for charitable retail

Plus: The jury is still out on the value of contactless donations

Charity shops posted their slowest growth in more than a decade last year, when income rose by 2.6 per cent compared with 2014. Their sales on eBay, however, grew by 17 per cent to £16m.

Nick Aldridge, chief executive of the PayPal Giving Fund, says: "The convenience of shopping online means that online sales are continuing to grow across the retail market, and that's very likely to continue, whatever people say they prefer in terms of an experience."

In 2006 the British Heart Foundation became one of the first charities to launch an eBay shop. For the first five years, the charity generated sales of about £165,000 a year, but in 2013 it invested in a dedicated warehouse in Leeds so that merchandise sent from shops across the country could be processed by a team of experts, each with a specialism in different types of goods. Sales rose to £1.5m in 2014 and, according to Mike Taylor, BHF's retail director, they are now growing at about 25 per cent a year. Staff in BHF's 737 shops receive regular training so they can identify valuable items such as first-edition books, vintage toys and certain medals. They do this by using websites including ValueMyStuff and the paid-for service Terapeak, which allows them to check the popularity and average selling price of any item they want to sell. The most unusual item the BHF sold on eBay was a ventriloquist's dummy; the most expensive was a £3,500 Chanel handbag.

The PPGF certifies charities to participate in eBay for Charity, a dedicated fundraising area of the main site where they can host auctions, sell items to supporters and receive donations from eBay buyers and sellers.

"Over the past few years, charity shops have faced more of a struggle for growth on the high street, not least because of the falling price of rag," says Aldridge. "That's making them a bit more entrepreneurial about exploring different revenue streams like this."

What is happening at eBay for Charity appears to contradict the findings of an nfpSynergy survey carried out last year, which found that, asked where they would shop for various items, 54 per cent of people said they preferred charity shops and only 40 per cent preferred online marketplaces such as eBay.

But Aldridge cites the British Heart Foundation - which runs the nation's largest network of charity shops - as a shining example of how a charity eBay shop should be run (see Case Study).

Ambitious charities that are not yet at this level can access free consultancy from eBay for Charity to help them get there, Aldridge says. "If they're growing fast or facing challenges, we have experts who go in and help them solve those problems. It's available to any charity that enrols or re-enrols with the PayPal Giving Fund."

Aldridge says that at least 2,000 charities are yet to re-enrol with the fund after it replaced its website with a new PayPal-based platform earlier this year. Some of these charities have thousands of pounds in their accounts, he says, but might not realise they cannot access this money without registering on the new site.

eBay for Charity has an ongoing partnership with the video games retailer Humble Bundle, which raised £1m for charity last year by means of a "choose your own charity" feature through which customers could make donations when they made purchases. Its ambition for the new platform is to form more partnerships with other online marketplaces.

eBay for Charity is also trying to increase the number of sellers who donate a proportion of their proceeds to charity. Charities received a combined £1.5m in this way in 2015, and Aldridge expects this to rise significantly in the coming years because the company recently started promoting the option of donating to its casual sellers.

"It's a much greater audience than we've ever had before," he says.

Jury still out on value of contactless donations 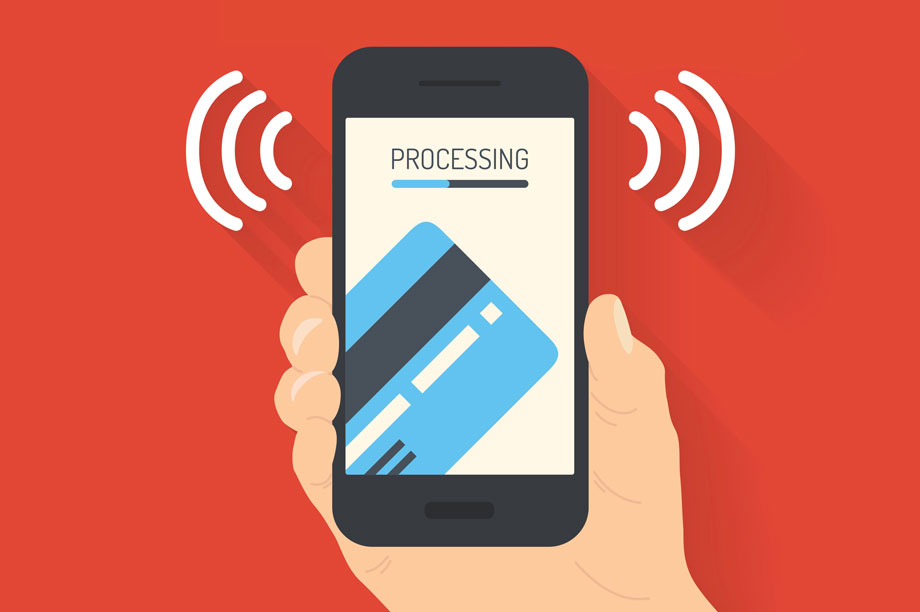 Since the Royal British Legion became the first UK charity to use contactless technology in October 2012, when it used mobile card payment terminals sponsored by Barclays during London Poppy Day, other organisations have followed suit with ever more creative ideas. In 2015, Comic Relief used contactless on statues of celebrities such as Rowan Atkinson and Dawn French, and in May this year the Blue Cross began using it on jackets sported by the dogs it takes to its awareness-raising events.

Cash is still the most popular way for people to make ad hoc donations to good causes, according to research by the Charities Aid Foundation and YouGov, but allowing supporters to donate by the tap of a card means that charities are gaining access to a market that almost tripled last year in the UK to about £1.5bn of transactions a month.

The technology is a good way for charities get closer to people who might otherwise give them a wide berth, the research shows. YouGov found that 18 per cent of people said they would be likely to donate to street fundraisers if they could pay by contactless, and people who avoided direct debit sign-ups because they were uneasy about sharing their personal information gained comfort from knowing their donations were anonymous.

The anonymity of contactless is a big disadvantage for charities, however. Martin Gill, director of the consultancy HomeMade Digital, says such donations pose a challenge to supporter relations and finance teams because their inability to capture donors' data means charities cannot build relationships with people who donate in this way, nor can they claim Gift Aid. Payment providers are working on developing the technology's functionality to correct these downsides, he says.

Gill is also concerned that the method - which typically asks donors to pay a fixed low-value amount - could negatively affect the average value of donations. He says that charities should persuade donors to give £5 or £10 rather than lower sums in order to avoid the administrative burden of having thousands of people donate tiny amounts.

The charities that have experimented with this technology so far have raised relatively modest amounts. The food poverty charity Mary's Meals, the recipient of a contactless initiative developed by the marketing agency Earnest, has raised less than £1,000 in five months, and Comic Relief said it did not raise significant income from its 2015 project.

The Blue Cross, Save the Children and Sue Ryder all declined to say how much they had raised from their respective contactless trials. The Mayor of London's contactless scheme Penny for London closed down this summer, having raised a fraction of its target.

Gill believes the best strategy for smaller charities that are unsure about exploring the technology is to wait until the larger organisations have got more of their supporters donating in this way.

Read next - The future of fundraising (Part III): Early days of virtual reality suggest it has a 'pull factor'