The future of fundraising (Part III): Early days of virtual reality suggest it has a 'pull factor'

Plus: CRM is moving with the times

During two weeks this summer, thousands of people went shopping at two of London's busiest shopping centres, but found themselves in a forest filled with Bengal tigers. Thanks to virtual reality headsets, about 5,000 shoppers in the Westfield shopping centres were transported to the tigers' forest habitat in Nepal. It was all part of WWF's Tiger Experience, a virtual reality experience designed to combat the public's negative perception of face-to-face fundraising.

"A lot of face-to-face agencies base everything on volume of sales, but it's more effective to inspire people," says Gabriel Hartnell, senior fundraising campaigns manager at WWF UK. "We wanted to increase the number of recruits per fundraiser through fun and engaging content."

The 360-degree CGI film used for the Tiger Experience was the first of its kind, but WWF isn't the only UK charity to have experimented with virtual reality fundraising. In January, Unicef began working with the face-to-face agency Together Fundraising to showcase Clouds Over Sidra, a short VR documentary about a Syrian child refugee, at a number of private sites.

And from May 2015, Amnesty International ran a three-month VR street fundraising campaign in which in-house fundraisers showed potential donors 360-degree photographs of the devastation caused by barrel bombing in Syria. It has not repeated the campaign, but in March it began a website that offers a "virtual tour" of Syria.

It's still not clear, however, whether VR increases donations. Hartnell says WWF attracted an average of 16 new donors a day during the Tiger Experience, a 50 per cent increase on the 11 it normally signs up in two weeks. But he says that average direct debit values remained static at about £7 a month.

David Cravinho, the global fundraising specialist who led Unicef's testing of VR technology for fundraising, says that on average it might take a fundraiser between 10 and 13 conversations to sign up one regular donor, but with VR that number typically comes down to about five or six.

Amnesty says it recruited 1,935 regular givers from its VR street campaign, which it says equates to a yearly income of £170,000.

Hartnell says another big advantage of VR is that is gives charities access to private sites they might not otherwise be able to use for fundraising. Many shopping centres have banned face-to-face fundraising because they believe it irritates people, he says, but often they are willing to work with organisations doing experiential marketing because it draws customers in.

Mink Boyce, client services manager at Together Fundraising, agrees that VR has a tremendous pull factor with the public. "People see it in shopping malls now and say 'what's that?'" she says. "It has an immediate appeal."

But it won't be a novelty in face-to-face fundraising circles for much longer, she says, so charities that want to try it should seize the moment now.

CRM is moving with the times 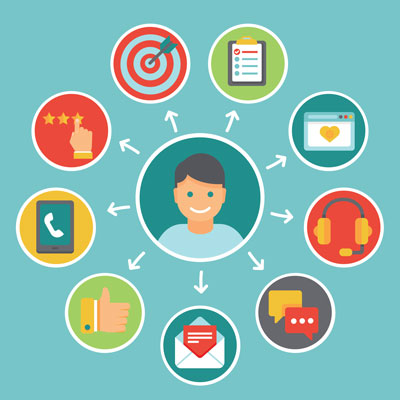 Customer relationship management software systems have become an essential fundraising tool, helping charities to segment their donor bases, submit Gift Aid claims electronically and monitor who they contact and when.

In 2015, the digital marketing agency Positive and CharityComms surveyed 74 charities and found that three-quarters used CRM systems, although many said they had concerns about the software.

The charity digital consultant Ben Blankley believes that a good CRM system is the single most important tool charities should invest in to take their fundraising communications to the next level. "When you begin to scale your operation upwards, the three magic words are data, data, data," he says. "A series of Excel spreadsheets won't cut it. Neither will that note stuck to your monitor."

John Bird, the managing director of Blackbaud Europe, estimates that about 2,000 charities use CRM systems, of which about 1,450 use Blackbaud's products, making it the clear market leader. The benefits include the ability to keep track of donors and marketing interactions with them; the ability to share data with different teams across organisations; the ability to store data in one location; and the ability to quickly generate reports on donors for funders or trustees.

WaterAid decided to change from Raiser's Edge to Microsoft CRM Dynamics in 2014 because it felt Blackbaud's system was limiting its supporter engagement ambitions.

The move to the new system took two years and it was launched in June this year. Not only did the charity set aside the appropriate funds to cover the costs of the IT consulting firm Ciber, but it also made sure it had its best, most experienced staff working on the project full-time for its duration.

Capper says the new system has already saved the charity "many hours", but admits the learning curve for staff has been steep. "There is just so much that is new and unfamiliar," he says.

Another benefit that might soon be added to the list is the ability to comply more easily with new fundraising regulations, such as the impending Fundraising Preference Service. Bird says Blackbaud wants to develop its software to help charities capture donors' communications preferences and enable them to better communicate their impact.

"CRM systems need to be at the heart of how charities manage these new regulations," he says.

Blackbaud has long been the market leader for CRM systems, but two US-based companies have been threatening this dominance over the past few years.

From 2010, Microsoft Dynamics and Salesforce began tempting many large charities to move to one of their so-called platform CRM packages because they were dissatisfied with the package products produced by Blackbaud and its main competitors. Bird claims, however, that the move to newer platforms has been a disaster for some charities. "They have some missing functionality, such as the ability to process monthly direct debits and claim Gift Aid," he says. "Charities have invested huge amounts, but it's not paid off."

Iain Pritchard, a partner at the charity IT specialist Adapta Consulting, says charities that move to platform CRM packages can face costs in excess of £1m.

Not every charity has come to regret its decision to change provider, however.

WaterAid, which had used Blackbaud's flagship product, Raiser's Edge, for 25 years before moving to Microsoft CRM Dynamics two years ago, says it has recently started to reap rewards from the new system (see Case Study).