How to gain trust and nurture your donor ecosystem through fintech

Trust is the biggest factor when it comes to supporting charities. By providing donors and potential donors with reassurance about where their money goes, you will help nurture and retain those donors. Takamasa Kawasaki from ZEN Global Limited shares how fintech can help you provide complete transparency and accountability

Dichotomy is a division or contrast between two things that are represented as being entirely different. What is the potential dichotomy between donors and charities? As your donors support you, by nature the relationship is one of co-operation. However, donors think of risk-return trade-off, which on the most part is done unconsciously, and one of the biggest risks they consider is that the money they donated isn’t used properly or in the way they intended. So how can we address this dichotomy? 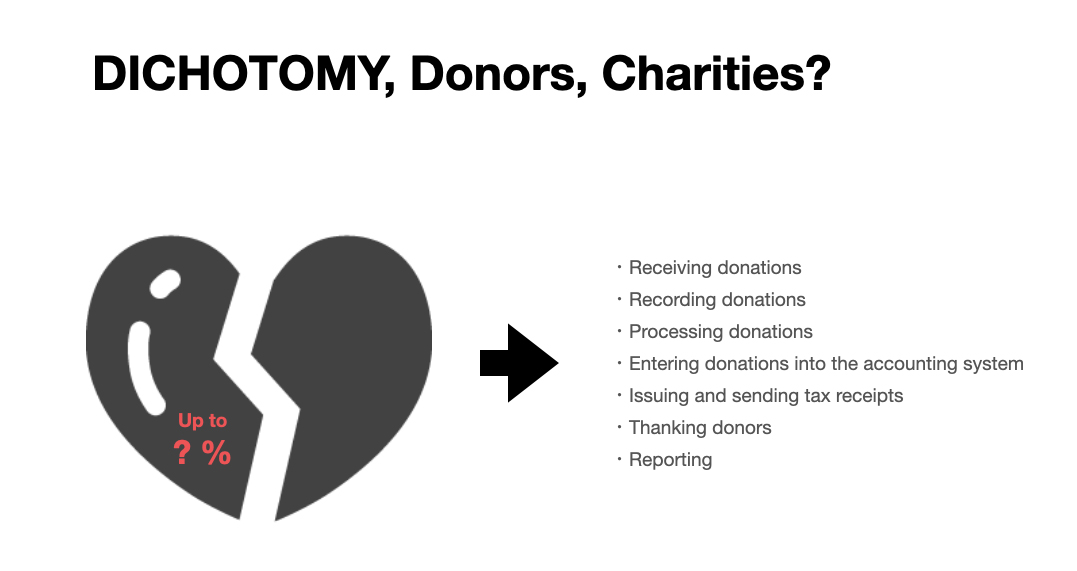 We can all agree that retention of existing donors is the most important factor in maintaining your ecosystem, but in order to do so it’s essential to look at transparency and accountability issues.

Research in 2015 showed that one-third of Americans thought charities were spending money unwisely. And that held true globally, too. Although trust in the philanthropic sector has always been an issue, it faced an historic low in 2015, with trust in the sector falling to just 63 per cent.

By enhancing transparency of how funds are used, donors will be expected to support you more. In fact, it has been reported that where charities are transparent about where donations are spent, the average consumer increase in giving was 49 per cent, and one in six people said they would double their donation or more.

Covid-19 has caused low face-to-face engagement, which means that revenue is squeezed as fundraising events have been cancelled. Sadly, one in 10 charities could close their doors within a year and 40 per cent of charities have reported a worsening financial situation, while 60 per cent say the pandemic has increased their operating costs.

Charities have responded to the pandemic in a number of ways, such as moving their services online, refocusing on their core work, and accessing crisis funding. While these are all correct, in addition we would recommend that charities:

The ideal ecosystem is to gain and nurture trust from your donors while optimising your resources. Gain transparency and accountability through using third-party technology, such as ZEN Global Limited, which can endorse your charity and provide transactional disclosure. The donation is made traceable from donor to receiver, using blockchain technology. This means that no one can alter the transaction once recorded on the public blockchain, giving complete transparency and reassurance to the donor and therefore building trust.

Right now our top tips to charities that are operating in this low engagement area, caused by Covid-19, is that digital technology for transparency is vital in nurturing your ecosystem as well as optimising your existing resources.