Lotteries raise a lot of money for good causes, but some people think the link to gambling runs against the fundamental principles of charity. Susannah Birkwood reports

*Theos report The National Lottery: Is it Progressive?, 2009

Every year, more than 460 charities run society lotteries. Defined by the Gambling Commission as being "promoted for the benefit of a non-commercial society", these raised £163m in 2012/13 for good causes, much of which was contributed by the 51 lotteries that make up the Health Lottery, owned by the publisher Richard Desmond.

The Big Lottery Fund, the largest single funder of the voluntary sector, is financed by the National Lottery, so the overall importance of lotteries to the sector cannot be overstated. But are they an ethical way of raising money?

Lord Phillips of Sudbury, a Liberal Democrat peer and one of the original members of the National Lotteries Charities Board, has his doubts. Phillips is concerned about the Culture, Media and Sport Committee's inquiry into society lotteries, launched in July, because its outcome could lead to a relaxation of the rules that restrict them - something that the Institute of Fundraising, the People's Postcode Lottery, the Lotteries Council and the Hospice Lotteries Association all want to happen.

Phillips is worried that charities could be running counter to their own aims and objectives by getting involved in lotteries - for example, by exacerbating the poverty that some of them exist to combat. 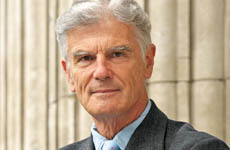 "Most lottery money comes from the poorest sections of the community," Phillips (left)says. "I'm not in favour of encouraging them to spend more money when a lot of them spend more than they comfortably and sensibly should. It seems to me that increasing the size of society lottery prizes will lead vulnerable people to spend money they shouldn't."

Since its creation in 1994, the National Lottery has been referred to by some as "a tax on the poor", and a report published in 2009 by the religious think tank Theos lent weight to this argument. The research for the report showed that manual workers and the unemployed were far more likely to play lottery scratchcards than white- collar workers; skilled manual workers were also the group most likely to play draw-based games, such as Lotto. An analysis of where lottery money for good causes was distributed found "insufficient funding" went to disadvantaged areas of the country, despite high rates of play by less wealthy people.

Camelot, the operator of the National Lottery, denies that its biggest customers are people from poor communities. A spokeswoman says that about 70 per cent of the adult population play on a regular basis. "Our player demographics more or less match the national adult UK demographic - and that goes back to the importance of our strategy of having millions of people playing regularly, spending relatively small amounts," she says. "Our evidence suggests that better-off people play more when there is a larger jackpot on offer."

Camelot's analysis of recent high EuroMillions jackpot draws showed that seven of the top 10 ticket-selling shops were in affluent areas of London, including the City and the Royal Borough of Kensington and Chelsea, one of the richest areas in the country.

Nothing to do with gambling

Nevertheless, some charities remain so unimpressed with the National Lottery that they refuse to take funding from the Big Lottery Fund and would not raise money by running their own lotteries either. Many are religious charities, such as the Quakers in Britain, the Salvation Army, Care and the Evangelical Alliance, but there is nothing inherently religious about their objections. The Salvation Army, for example, has nothing to do with gambling in any form because of concerns about the adverse effects it has on some people and their families and friends. "Since the National Lottery started, the Salvation Army has declined to apply for funding" says a spokeswoman for the charity. "It believes that to do so normalises gambling as an acceptable activity because it is seen to fund charitable work. The Salvation Army thinks the most effective way to support a good cause is to donate."

The Quakers does not use raffles for fundraising, nor does it believe in applying for Big Lottery Fund funding; one Quaker charity, Quaker Social Action, lifted its bar on applying for lottery money in 2007, but has never actually applied for any. In 2004 a book called Role Over? National Lottery Funding and the Quaker Testimony Against Gambling, focused on the dilemma faced by Quakers who object to gambling but whose charity employers accept National Lottery funding. The book told of people in this situation who had resigned on principle, or who had stayed in their jobs and been accused of hypocrisy. Helen Drewery, general secretary of Quaker Peace and Social Witness, says the charity's main objection to lotteries is that they promote problem gambling. "The National Lottery involves small amounts and is portrayed as harmless fun, but people do slide into addiction to more serious forms of gambling after beginning with the lottery," she says. "Even if this happens to a small minority, it's a real risk."

A benign form of gambling

In England and Scotland there are about 280,000 problem gamblers, and a further two million people are classified as at risk. Men are more likely to be problem gamblers than women, and people with poor physical and mental health, on low incomes and from black and Asian backgrounds are at the highest risk. But the National Lottery and society lotteries are seen as the most benign forms of the activity: only 0.7 per cent of male problem gamblers use lotteries and scratchcards as their main form of gambling, according to research carried out on behalf of the Gambling Commission.

"There is virtually no direct evidence to suggest that people who play lotteries are likely to become problem gamblers," says Andy McLellan, former chief executive of the gambling charity GamCare, who helped to establish the Big Lottery Fund. "Lotteries are far along the lower end of the spectrum in terms of expenditure and risk." Nevertheless, McLellan, who also sits on Camelot's advisory panel on corporate responsibility, says he is not aware of any research being conducted to verify whether, by playing the lottery, people are more likely to start gambling in other ways.

Another reason Drewery cites for the Quakers' disapproval of lotteries is the belief that lotteries foster greed by promoting the attitude that it is acceptable to "have something for nothing" rather than as a reward for hard work. The charity says lotteries that offer large cash prizes encourage the belief that happiness and fulfilment depend on riches. "They sell a dream that is unrealistic - that money solves everything," she says.

Most charities will deem it too puritanical to refuse to accept National Lottery funding or to run small-scale society lotteries. But many of them may well have some sympathy with the Quakers' concerns. 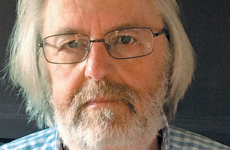 McLellan (right) says charities that are thinking of running fundraising lotteries but want to minimise the potential for negative outcomes should review whether the likely participants fall into high-risk groups for problem gambling.

"If you're marketing to lower-income black communities, for example, then maybe you should think more deeply about that, because those are higher-risk communities," he says. Those charities that fundraise from scratchcards should also bear in mind that these are closer in nature to so-called "harder" gambling products that have more association with addiction, such as slot machines and internet gambling sites - the instant result they provide can encourage players to chase their losses.

Joe Saxton, founder of the sector consultancy nfpSynergy, says the National Lottery and society lotteries are "mere pimples on the large blue whale that is commercial gambling". Many others in the sector will agree - not least those who are pushing for a change in the guidelines surrounding society lotteries.

But the concerns held by a minority are worth bearing in mind when the rules are reviewed in December. As Phillips says, one of the most priceless aspects of charities is that, unlike many other public-facing institutions, they are by and large still looked upon positively by society.

"The increase in the number of charities that are engaging in lotteries could be doing invisible damage to the concept of charity and people's confidence in charities," he says. "So my answer to the society lotteries inquiry is: leave well alone."

The 80:20 rule Society lotteries are required to donate a minimum of 20 per cent of their gross proceeds to good causes. The Institute of Fundraising is proposing that the 20 per cent be judged over three years rather than one, which it says will remove barriers to setting up lotteries.

Caps on proceeds The maximum aggregate value of lottery tickets that can be sold in any calendar year is £10m. The IoF believes this should be raised to £100m because this would be more economical, particularly for larger charities, and enable them to maximise their fundraising.