Getting graduates into the sector

The Charityworks graduate trainee scheme was founded six years ago and is intended to help talented young people to find jobs and develop their careers in the charity sector.

Successful applicants are given work for a year in a charity or housing association, ranging from Age UK and the NSPCC to Poplar Harca, a housing association in east London. The work depends on the needs of the charity, but ranges from service delivery to HR and fundraising. Daisy Bland, Charityworks' programme manager, says the scheme is self-sustaining: organisations pay the trainees living-wage salaries and a programme fee to Charityworks, which varies according to the organisation and the number of trainees they host.

"Many graduates want to contribute to society but don't know how, so this programme aims to give them entry into the sector, provide leadership development training and then propel them," says Bland. "One of our aims is for a Charityworks graduate to become a chief executive by 2019, and I think we're on track."

Each trainee receives support from a programme manager and a mentor, and there is an emphasis on networking with fellow trainees in the organisation where they are working and across the sector.

Since Charityworks was launched in 2009, 134 people have taken part, of whom 131 are still working in the not-for-profit sector. The scheme has expanded with a £95,000 grant from the Cabinet Office, and 104 graduates have taken up posts in more than 60 organisations in 2014/15. But competition was strong: 4,000 people applied online and took psychometric tests. About 400 of these were invited to assessment centre interviews before a final selection day - this is where it's decided which roles in which organisations will be allocated to the successful candidates.

"It's not just another graduate scheme, but is imbued with our mission that young people can have a great impact on society," says Bland. "When applying, think about your experience and how to demonstrate your passion for the sector, such as being active in your university rag society, campaigning or being a carer." 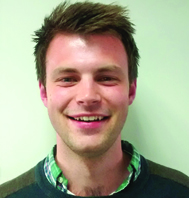 Embarking on a graduate trainee programme is like going into the real world of work, but with training wheels on because you continue to get support. I'd had a summer job as a face-to-face fundraiser for the RNLI, so I had some experience of working for a charity. I knew I wanted to work for an organisation that I cared about, so the Charityworks programme was perfect.

The application process is long and challenging. Some people found it stressful, but it made me realise that I really wanted to gain a position, and the enthusiasm of the people I met was infectious. I think I was selected because I was able to demonstrate leadership experience as president of my university sailing club and as a mentor when I worked for the RNLI. I think it's important for candidates to show drive and passion, whether for a cause or a personal interest.

I hoped to work in a comms role for a London-based mental health charity and was so lucky to get exactly that. Most of my colleagues were not so fortunate, and some were initially disappointed, especially those who were placed with housing associations. But after a few months they have realised how much scope there is to learn.

Learning about digital, the charity sector and mental health has been daunting and, at times, overwhelming; but it's interesting work and I'm getting lots of opportunities. I feel I'm part of a team, but occasionally people don't understand the programme and can view my role as work experience, which is disheartening. Overall, it's great, my feedback has been good and there's an intangible special feeling that I get from working in this sector. 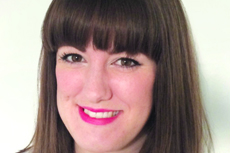 I studied conflict resolution at university and was keen to work for an international NGO. But after six months of applying unsuccessfully for jobs, I was disheartened. I had theoretical understanding but no relevant work experience, which is why I applied for the Charityworks programme in 2011.

I was thrilled to be accepted but surprised to be placed at the animal charity PDSA as a human resources and corporate resources graduate. There were no international NGOs in the programme at that time, but I had hoped to work in London, rather than Telford, Shropshire.

The placement turned out to be exactly what I needed. I loved the combination of practical experience and theoretical training. It gave me insight into a large charity and knowledge about how to interact with a range of teams. My line manager encouraged me to try new things and, above all, I felt my opinions were valued.

I stayed for more than a year after my placement ended, but I wanted to live in London so I got a temporary role in the HR team at Christian Aid that was later made permanent. It's my dream job. I know I couldn't have got it without having Charityworks on my CV. My experience made my application competitive.

I continue to get support from my Charityworks peers. A group of us meets four times a year to discuss work-based problems and we have regular social events.

I'd urge others to apply for the programme. It is looking for people who are creative and bring a fresh perspective, not just those with strong intellectual ability.