Google and its giving

The technology giant is better known for its aversion to paying tax than its charitable giving. But, as Andy Hillier discovers, when it gives, it tends to give big

You can almost smell the money as you enter Google's UK offices near Tottenham Court Road in central London. From the immaculately dressed receptionists to the smart lifts that permit you to go only to a pre-agreed floor, this is about as far removed from the charity world as you can possibly imagine.

Yet Google is playing an increasingly important role in the not-for-profit sector. It estimates that each year it donates $1bn (£760m) of free advertising, email and other Google products to charities and other good causes. In addition, it gives away more than $100m (£76m) through its philanthropic arm Google.org, making it one of the most generous corporate givers in the world.

But for all of the impressive sums, the search giant has a major reputational problem in the UK after being accused of playing fast and loose with UK tax rules. In January, it reached an agreement with George Osborne, then Chancellor of the Exchequer, to repay an additional £130m in tax, an amount described as "derisory" by the Labour Party given that academics have estimated Google has paid only £70m in tax in the UK since 2005 on £7.2bn in profits.

And despite its impressive headline levels of giving, the company is hardly renowned for its charitable efforts in the UK compared with large companies such as Tesco and M&S, which frequently promote their charity credentials. Jacquelline Fuller, director of Google.org, partly attributes this lack of charitable profile to Rachel Whetstone, Google's former PR and policy chief and wife of Steve Hilton, David Cameron's former policy adviser.

"Rachel brought the very British mentality that you do charity and you don't talk about it," says Fuller. "That approach has a lot going for it, but I think it's also good to share the news." 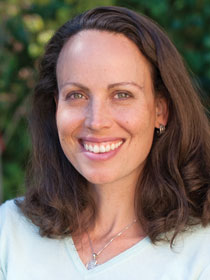 Fuller (left) says that philanthropy runs through the heart of Google. When they set up the company, its founders, Larry Page and Sergey Brin, committed to giving 1 per cent of its profits to philanthropic causes. Much of this money is now spent on schemes that use technology and innovation to help tackle humanitarian challenges.

"In particular, we look at the area of Stem (science, technology, engineering and mathematics) education and computer science," says Fuller. "We have been thinking about how to get more women and under-represented minorities involved and building the systems and platforms of the future."

Another area in which it has invested heavily is digital skills. In Europe, it has provided training to more than 88,000 people, helping to bring digital skills to small businesses and the unemployed.

"We work with the most disadvantaged to set up programmes such as Emmaus Connect in France," says Fuller. "We gave it $1m (£760,000) to create a platform to teach digital literacy to the unemployed, the disabled and the very poor. These are the people that might get left behind now that government services are shifting online."

In the UK, its most noteworthy giving has come through its Global Impact Challenge. Launched in 2013, the scheme has awarded a total of £5.8m to about 20 organisations in the UK, including the Zoological Society of London, the sight-loss charity the RNIB and the Royal London Society for Blind People (see case studies, overleaf). Fuller says the concept is simple: to find the best ideas for using technology to make the world a better place and provide the funding to help get them off the ground.

But given its considerable funding and resources, why does Google.org not follow the lead of many other foundations by providing relatively small grants that can be used to support people living in some of the poorest parts of the UK?

In November, Google.org awarded $1m (£760,000) to the sight-loss charity the Royal London Society for Blind People to help it develop Wayfindr, an initiative that uses audio technology in smartphones to help visually impaired people to navigate their way around areas.

The initiative has been developed in conjunction with ustwo, a digital product studio.

A trial was run at Euston underground station in December, making use of Bluetooth beacons that transmit audio instructions to help visually impaired people find their way.

Florence Orban, director of corporate development at the RLSB and director at Wayfindr, which has now been spun out into a separate legal entity, says the grant allowed it to put together and release the first working draft of an open standard for audio-based wayfinding in May and has enabled it to start building a global community of organisations and people who will be able to use the standard.

Orban says the grant has been "gamechanging" for Wayfindr. "The partnership has given us access to essential knowledge and experience from across the company," she says. The charity is now beginning the process of promoting the use of audio-based wayfinding technology to organisations such as Transport for London, digital map providers, app developers and other relevant parties with a view to increasing the number of places where it can be used.

"The idea behind Google.org is not to peanut-butter spread our grants far and wide and give indiscriminately," says Fuller. "We believe in strategic philanthropy - trying to identify problems where we can have a disproportionate impact and which align with us as a company. That's why we choose things like technology for women in under-represented minorities."

Fuller says the downside of following the strategic philanthropy path is that funders can end up giving money to more well-established, larger charities that have a strong track record and pose less of a risk. To guard against this, it has tried to make it clear with its Impact Challenge that it is open to all. "Some of the Impact Challenge winners were only two people," she says. "They were very small and very nascent."

In the UK, the company employs 4,000 staff, or "Googlers" as they're called internally. It doesn't record how much time its UK staff volunteer each year, but says Googlers volunteer 200,000 hours a year globally on company time. Florian Maganza, Europe, Middle East and Africa lead at Google.org, says that recent volunteering activities include its UK staff assisting the US-based humanitarian organisation the International Rescue Committee to help set up an online hub that provides information on mobile phones to refugees fleeing to Europe from war-torn counties such as Syria.

"We often get feedback from non-profits that funding is helpful, especially when it comes to backing innovation, but what they really find useful is the tech skill-based volunteering work," says Maganza.

Denise Lillya, research manager at the Directory of Social Change, which produces The Guide to UK Company Giving, says that when Google gives it tends to give "substantially". She cites the $1m grant to the Royal London School for Blind People's Wayfindr programme. But she says it is hard to find figures for giving in the UK, or even Europe as a whole.

She says: "Its website declares: 'Each year, we donate $100,000,000 in grants, 200,000 hours and $1bn of products.' But it's ironic that the website of the world's most prolific communicator, and advocate of transparency in data, doesn't tell us much about the source for this claim - nor what year certain grants were given and how they were decided. It's not unusual for companies to be less than transparent about their giving, and Google would appear to be no exception."

Google has come in for some flak over how it supports disaster relief agencies in times of crisis. Its AdWords scheme allows charities that register with it to benefit from up to $10,000 of free advertising each month. However, any advertising above that amount has to be paid for. Last year, the Disasters Emergency Committee revealed that its members spent about £1.5m on Google advertising during the Typhoon Haiyan appeal. The DEC approached Google about reducing the costs, but it declined.

Fuller supports the decision. "Fundraising is a major cost for many non-profits, especially in a disaster relief scenario where they want to get their names out so they can do the good work," she says. "We make free apps and adverts available up to a certain value, but if they decide to invest above and beyond that it's because the return on investment makes sense to them."

One Google-backed charity Fuller is keen to talk up is GiveDirectly, a New York-based organisation that provides money transfers to people in Kenya and Uganda. For every $1 donated to the charity, 90 cents goes directly to the poor.

"One of the challenges of international development is that we can build layers and layers of bureaucracy," she says. "Some of this is important, but it can also result in very little of that money ending up in the hands of the poor. What we really liked about this group was that it used randomised controlled trials conducted by third-party evaluators and published all of the data - pretty or not - on the outcomes.

"We believe in the power of evidence and data. Now every development programme needs to prove that, if you take a dollar, you can do more with it than a person can do themselves. Otherwise, we should just give that money directly to the poor."

But does this mean that Google will increasingly look to invest its charitable funds in less well-off parts of the world where it can clearly demonstrate that it gets more bang for its buck?

Fuller says not: "We're constantly asking how we can be the best neighbour and citizen in places where we have offices, such as the UK. We will continue to look for ways in which we can build on our previous investments. We're not going to walk away from areas such as Stem and will continue to invest in areas where we can make a major difference."

The Zoological Society of London was awarded £500,000 from Google's Impact Challenge in July 2013 to develop a wildlife camera trap system called Instant Detect, which uses satellite technology to transmit images of animals from almost anywhere in the world.

The cameras were first used in Tsavo National Park, Kenya, in 2013 to help prevent poachers from killing rhinos and elephants. They have also been used in Antarctica to remotely monitor an Adelie penguin colony.

The cameras can be deployed for long periods and send images wirelessly without having to rely on mobile networks. They also feature seismic and magnetic ground sensors to detect the presence of humans.

The charity estimated that poaching would drop by 50 per cent in Tsavo National Park once the cameras were deployed.

Alasdair Davies, technical adviser for ZSL's conservation technology unit, says: "Google's funding was paramount to our success, because it allowed us to reach out and work with experienced product manufacturers that, together with ZSL, integrated cutting-edge radio technologies and spearheaded the development of a system that is now used globally to monitor and protect wildlife on land and sea."