Governance: Who wants to be a charity?

In the 'bonfire of the quangos', some public bodies were made charities and some charity-quango hybrids became just charities. David Ainsworth and Kaye Wiggins asked them how they feel about the change

The largest new arrival in the charity sector from the public sector - the English and Welsh arm of British Waterways - is looking forward to a brave new world of freedom, innovation and volunteering.

"Being part of central government means you're not seen as an organisation people have ownership of and responsibility for," says Robin Evans, the chief executive. "People say: 'Government has all the money in the world - why don't you just get them to spend it on the waterways?' We need to find another way." 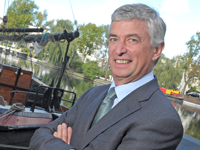 Evans has campaigned for the move into the voluntary sector since before the last general election, arguing that it would foster innovation and provide access to new sources of funding. He also believes it will attract thousands of volunteers because people like the idea of caring for a local river or canal.

"To do that they would previously have had to offer their time to the government," he says. "No one wants to volunteer for a quango. Others in the third sector tell us that once you engage the public, great innovation comes."

The organisation is currently a public corporation. Its English and Welsh arm looks after more than 2,000 miles of rivers and canals, and the third-largest portfolio of historic buildings in the UK. It has an income of about £180m. Its annual government grant will continue for 10 years, but Evans expects it to fall by 20 per cent to £40m a year. The organisation also receives income from property, services to boaters, the sale of water to farmers and fire brigades, and grants from other bodies. Evans estimates the charity could eventually attract about £20m a year in donations and legacies.

He also foresees increased efficiency and better governance. "In government we had one way of doing things," he says. "We had strict guidelines about what we could and couldn't do. It was frowned upon to be too entrepreneurial.

"We also plan to have a council representing all the groups that use the waterways. The boaters have the most financial interest, of course, but we need to make sure that British Waterways also represents anglers, walkers, environmentalists, historians and many others with an interest.

"We also want to attract a good balance of trustees," says Evans.

"We need businessmen, in particular, who can identify ways to find new revenue."

National Endowment for Science, Technology and the Arts - "We're delighted"

The National Endowment for Science, Technology and the Arts, better known as Nesta, expects to benefit from the move out of government and into independent charitable status.

The organisation currently manages a £300m endowment from the National Lottery and does not receive any government grant. The endowment - originally set up to encourage innovation - invests in new companies, including many social enterprises, and looks at new ways of solving social problems.

At present, Nesta operates with relatively little interference from government and it is likely to experience even less red tape and fewer reporting requirements when it moves over to the charity sector. Independence is expected to lead to little change in its staffing structure and day-to-day operation.

The profits from the endowment will be used to support the activities and investments of its charitable trustee. Jonathan Kestenbaum, the chief executive, says he is "delighted" at the decision because it will preserve and protect Nesta's independent endowment in perpetuity. - DA.

The Community Development Foundation has been both a charity and a public body since it was set up in 1967, and will continue to exist as a charity once it ceases to be a public body in March 2011.

Alison Seabrooke, the chief executive, would have preferred to keep quango status, not least because losing it will mean saying goodbye to a grant of £1.4m a year from the Communities & Local Government department. Seabrooke says this is likely to lead to some redundancies and a reduction in the foundation's work, but she says she does not yet know the scale of the change. 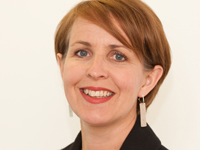 "We didn't want to lose our public body status, but we have known for some time that it was a possibility, and we have been realistic about it," she says. "We have been open with our staff about the fact that we're going to shrink."

Seabrooke says the CDF will continue to bid for grants and contracts from government departments to deliver research, training and publications, and to manage government-funded programmes. "We think there will still be government money for this work, although there will be less," she says.

The silver lining, she says, will be an end to all the reporting requirements. "There is a huge amount of monitoring from the government if you're a quango," she says.

"We have to publish all spending of £500 or more, get the government's approval for any contracts worth more than £200,000 and report on how we operate our premises, including how many square metres there are per member of staff. We can stop doing all of this in March. It will make us more imaginative."

A downside will be the potential loss of the CDF's role as an expert adviser to the government.

"We don't want to be seen as just another charity that wants to influence the policy-making process," says Seabrooke.

The AERC has been both a public body and a charity since 1981, but has never had government funding: it has a permanent endowment worth £12m. Dave Roberts, the chief executive, says he is happy to lose public body status.

"We are seeing it as a positive development," he says. "We were already planning to rebrand. And in the past 18 months we've started raising funds externally, from grant-making bodies such as Comic Relief. This is because we really want to grow and have more influence."

When the change comes in March 2011, the council will set up a new charity and transfer its endowment and staff to it. It will relaunch with a new name and logo, but its work and strategy will be the same.

Ceasing to be a quango will make very little difference to the work. Roberts says: "It will get rid of the headaches involved with reporting back to the government and answering parliamentary questions, it will allow us to appoint trustees without the Department of Health's approval and it will mean that we're no longer audited by the National Audit Office."

The School Food Trust, which funds healthy eating projects in schools, has been a charity and a public body since it was formed in 2005.

When it loses its quango status in March 2011 it will continue to exist as a charity and set up a new community interest company that will work alongside the charity.

How, broadly, does the trust feel about the move? Its spokeswoman declines to comment. She says the trust will lose a grant from the Department for Education worth about £6m a year. But a £55,000 government grant to review food standards in nurseries will be unaffected.

She says the Department for Education has indicated it will continue to fund some of the trust's projects once it ceases to be a public body, but it is yet to be made clear how much income this will bring.

The trust also has a £4.7m grant from the Big Lottery Fund to run a network of school-based cooking clubs. The spokeswoman says this will carry on. "The community interest company will allow us to work on a more commercial basis," she says. "We'll be able to sell services such as advice, guidance and research to local authorities, schools and caterers."

Design Council - "A change of focus"

The Design Council, which has operated simultaneously as a charity and as a non-departmental public body, is also to stop being a quango and continue solely as a charity.

The government will lose powers to appoint its trustees, and the council will lose much of its current funding from the Department for Business, Innovation and Skills.

The body is tasked with promoting good design in the public and private sectors. But after an independent review earlier this year, it will change its focus to provide more commercial services. A trading subsidiary is likely to be set up to provide paid-for design coaching, commissioning and project management.

The review recommended the council should receive a £2.7m transition settlement and have its grant funding cut from £5.4m this year to £4m a year for the next four years. This is expected to lead to redundancies.