Guy Battle: Much more effort is required on the social value act

The fact that there has been almost no take-up by central government departments is perplexing, writes the chief executive of the Social Value Portal 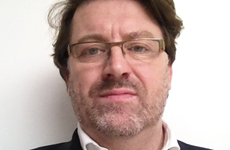 A recent survey by the Social Value Portal shows that, although there has been a good take-up of the act by some public sector bodies, less than 15 per cent of local authorities have social value strategies and there has been almost no take-up by central government departments.

This inaction is perplexing for three main reasons. First, it is easy and relatively cheap for public authorities to implement the requirements of the act. Second, when they implement the act properly, it actually saves them money. And, third, it encourages them to buy from local businesses and third sector organisations, which in turn boosts the local economy.

But we cannot blame the public sector alone for the sluggish take-up - the third sector must also share some responsibility. How many third sector organisations are aware of the details of the act and have asked the relevant commissioning government department or local authority if they have a strategy in place? And, if asked, how many third sector providers are currently able to demonstrate in a clear and coherent way the social value they potentially bring to a contract? The conclusion clearly has to be that further effort is required all round.