Plus: A dress made of train tickets and the Olympic cauldron were on display 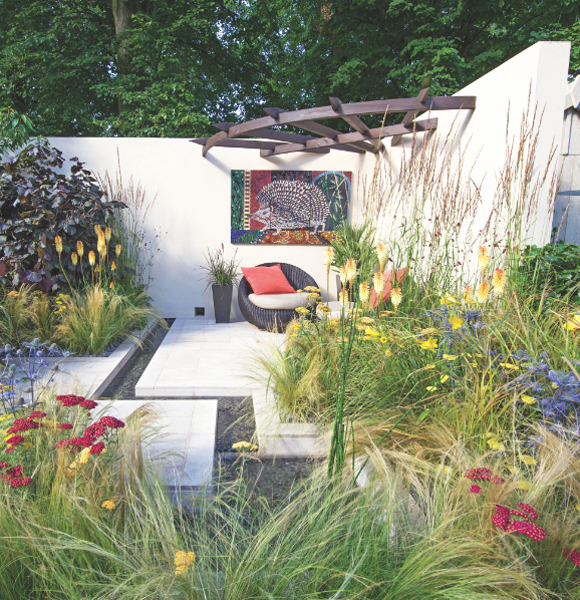 A hedgehog-friendly garden, jointly submitted by the charities the British Hedgehog Preservation Society and the People's Trust for Endangered Species, won gold for best small garden at this summer's Hampton Court Palace Flower Show. Hedgehog Street featured a hedgehog mosaic and spiky shapes, echoing the theme while demonstrating how neighbours can work together to help hedgehogs by providing routes through garden boundaries.

Hedgehog populations have fallen by more than a third over the past 10 years. 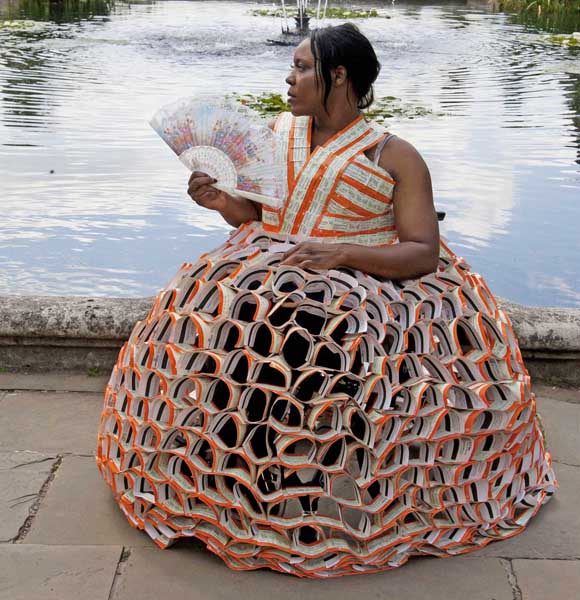 This dress was made from 3,500 train tickets by the haute couture designer Aleah Leigh for the British Polio Fellowship to raise awareness of polio and post- polio syndrome. The charity said the dress – which is modelled by the para-athlete Anne Wafula Strike, who became disabled after contracting polio as a child – was the first designer dress made to be worn by a wheelchair user and the first to be designed around the wheelchair itself. 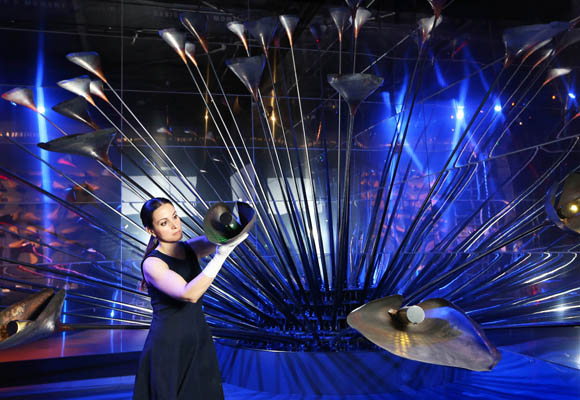 Two huge sections of the cauldron in which the Olympic and Paralympic flames burned during the 2012 games in London have gone on display in a purpose-built gallery at the charity the Museum of London. The exhibit, which was supported by £375,000 of funding from the Department for Culture, Media and Sport and a £200,000 fundraising campaign, evokes memories of the London summer of sport and tells visitors about the design and manufacture of the cauldron.