Plus: Easter duck hunts at Wildfowl and Wetlands Trust properties; devotees celebrate Holi at Bhaktivedanta Manor, base for the International Society for Krishna Consciousness 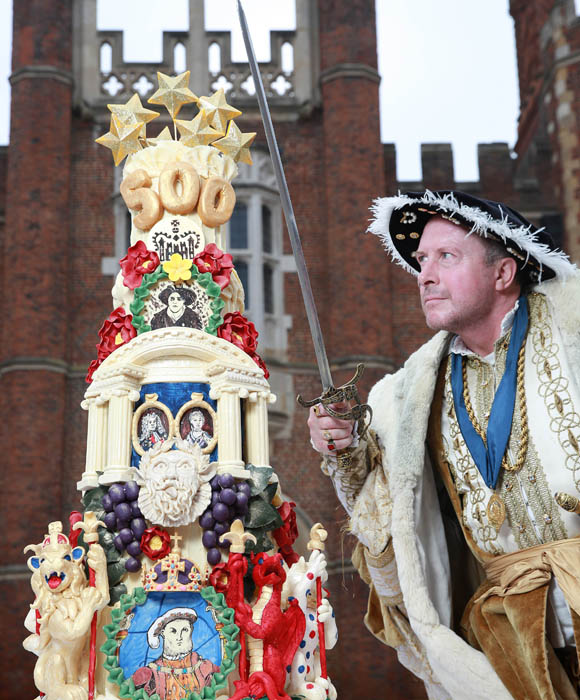 A modern-day Henry VIII prepares to cut an elaborate cake made to celebrate the 500 years since Hampton Court Palace in south-west London was transformed from a big house into a magnificent palace complex.

A series of events to mark the anniversary will be held this year, including some over the Easter weekend that will include a sound and light show with specially composed music and images projected onto the palace itself. The site is managed by the charity Historic Royal Palaces, which looks after five other properties, including Kensington Palace and the Tower of London. 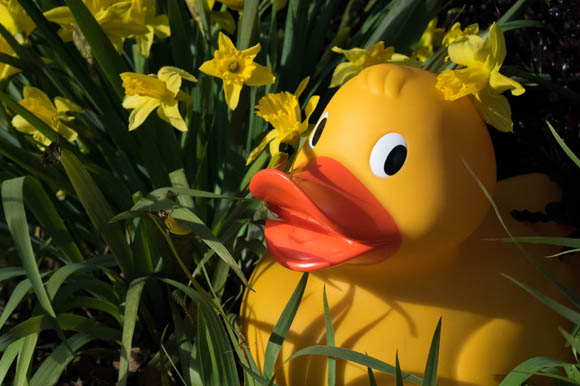 The Wildfowl & Wetlands Trust is putting on a series of duck hunts to provide some family fun over the Easter holiday period. Participants will be asked to find all the plastic ducklings hidden around each of the charity's nine visitor centres in the UK, while spotting some of their live counterparts along the way. The hunts will take place every day between 28 March and 12 April. 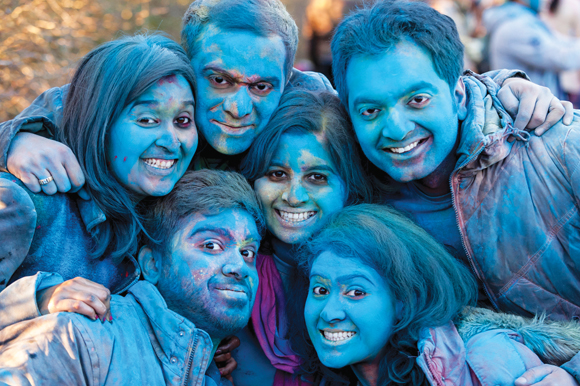 Devotees celebrate Holi, or the Festival of Colours, at Bhaktivedanta Manor near Watford, Hertfordshire, by throwing coloured powder into the air and over each other to signify the victory of good over evil and the arrival of spring. Bhaktivedanta Manor is the base of the International Society For Krishna Consciousness, a charity that promotes the cult of the Hindu god Krishna. The mock-Tudor mansion was given to the movement in the 1970s by the former Beatle George Harrison, who was influenced by eastern religion and died in 2001.