'If you ask every time, people will get cynical'

Some charities feel that continual requests for money can alienate supporters, while others believe that a 'harder ask' brings better results. Sophie Hudson hears the arguments

Charities are well known for sending out appeals to both donors and potential donors asking for money to support their latest projects or the cause in general.

But is this really the best way for charities to communicate with potential givers? Or can continuously asking for money in donor communications actually risk alienating supporters to the point that they do not want to give at all? 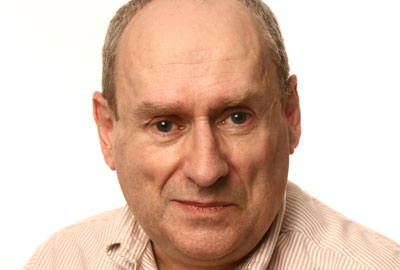 Noted fundraising consultant Giles Pegram (right) says charities need to give more time to building relationships with donors and involving them in their work. "It's just ask, ask, ask, isn't it?" he says. "Where's the connection with the cause?" Pegram says charities should think about the product that a person receives for making a donation - the product, he says, should be a "warm feeling. They can get that from the communications they receive from the fundraising department."

After reading a communication from a charity, Pegram says, donors should feel better than they did before. "I don't think many charities find the right balance - a lot of charities just send out appeals," he says. "We spend a fortune on recruiting new donors, but very little on keeping existing ones."

Some charities feel strongly about this. John Burton, chief executive of the rainforest conservation charity the World Land Trust, says the number of long-term supporters has grown continuously in the past few years, and he attributes this to the use of constructive rather than aggressive communications.

"We do make appeals, but they're far from aggressive," he says. "We make it clear that we need funds, but we never use emotive pictures and we avoid emotional blackmail. I believe it's much more constructive to tell people about the good things you are doing." Burton says the charity sends three newsletters a year to its supporters and publishes monthly bulletins on its website.

Many charities go about building relationships with donors by means of newsletters, but experts warn that these have to be carefully managed. 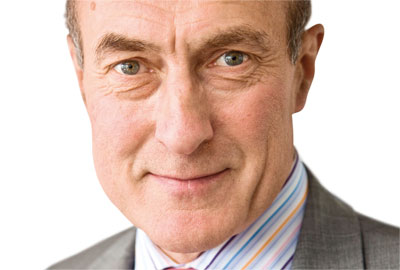 Stephen Pidgeon (right), a trustee at the Institute of Fundraising, a consultant and a teacher, says: "The problem is that the minute someone is responsible for producing a newsletter they start doing eight a year. These people often don't have training in writing news, with the result that most newsletters are chronically boring."

He says that about two well-written newsletters a year can be effective, and cites the example of the Royal British Legion's Poppy Press newsletter, which comes out three times a year.

"Sometimes it's OK to ask for money - but not always," Pidgeon says. "If you ask every time, people will get cynical. The long-term relationship we want is their commitment to a gift when they die. That should be the sole end goal."

Of course, some charities have found that asking for money more directly in their communications brings better results.

Kirsty Pitt, direct marketing and legacies manager at youth charity the YMCA, says that until March 2011 it produced a newsletter in-house for its donors that included a soft ask in the covering letter but no ask in the newsletter itself. This achieved an average gift of £25 and a 4.2 per cent response rate.

It relaunched the newsletter with the help of an agency in September 2011 and included a harder ask in the newsletter itself. In its pages, the charity showed exactly what donations of different sizes could pay for, relating these items to stories about beneficiaries. The response rate more than doubled and the average gift increased by 25 per cent.

"I think the old style was more of a thank-you letter," says Pitt. "There was no prompt at the end of the stories. We weren't pushing it and people weren't inclined to give."

Reuben Turner, creative director at communications company The Good Agency, says every communication should give people the opportunity to give money because a charity can never know if it is reaching someone at a time when they want to make a donation.

But he says it is also important for charities to make people feel inspired and empowered, and this can be done through any type of media.

"I think the more touch points and types of media, the better," he says. "If you think about your best friends, you keep in touch with them in lots of different ways."

In an attempt in 2011 to forge better links with its donors, the World Society for the Protection of Animals launched Animal Protector, a network for supporters who make regular gifts. 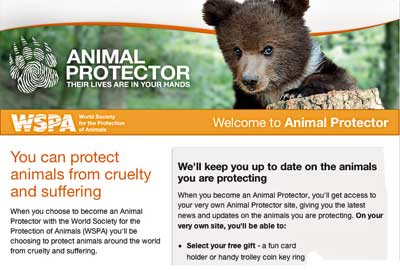 Kerry Vandersypen, development and retention manager for the animal charity, says that in preparing the network it asked supporters what they wanted from their relationship with the charity. They said they would like to know how their money made a difference. "We knew we wanted a product that connected donors with what we did with their money," she says.

The Animal Protector website allows supporters to see regular updates about WSPA projects and get an insight into the charity's achievements. Supporters can also respond to posts about the charity's work, helping to build an online community.

"We've seen attrition rates fall by 1.5 per cent; with 70,000 regular givers that's quite lot," says Vandersypen. She adds that 5.5 per cent of network users have increased the amount they give by an average of £2.95 a month.

- Find out how charities can win corporate backers