Il Novembre dei baffi: the Italians are taking to Movember and other viral Anglo-Saxon oddities 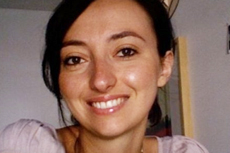 This article by Ottavia Spaggiari was originally published in the November edition of the Italian magazine Vita, under the title ‘After the Ice Bucket Challenge and Sober October, here comes the November of the whiskers’. Translation by Sam Burne James.

After the Ice Bucket Challenge experience made for a long, hot summer for fundraising, viral crazes have continued to sweep the not-for-profit sector, in the Anglo-Saxon world in particular.

Picking up from where that frosty deluge left off, well over £3m was raised by Go Sober for October – the campaign launched in Great Britain by Macmillan Cancer Support, which asked supporters to register online and become living testimonials for the initiative, going teetotal for the 31 days of October and inviting their friends to show their support by making a donation.

"Like with the Ice Bucket Challenge, what made Sober October go viral was the sense of challenge," explains Catherine Jones, a press officer at Macmillan. "The participants can organise their own competitions for who manages to raise the most money. There’s nothing that helps fundraising along like a bit of healthy competition." Sure enough, the initiative has convinced over 100,000 people to give up alcohol for the month, in a country where a pint of beer represents a true ritual. "In viral fundraising, nothing is left to chance," explains Francesca Mineo, founder of IFC Italy, the Italian branch of the International Fundraising Consultancy.

And in Italy? In November next year is the official launch of Movember, the men’s health awareness campaign, which already has over 8,000 Facebook fans in our country. In November each year, Movember invites supporters to grow a month-long moustache, involve their friends, organise fundraising events and make a donation to the Movember Foundation, the charity financing over 800 prostate cancer research and prevention projects in 21 countries.

"Movember went viral before some of the social networks even existed," says Justin Coughlan, one of the founders of Movember. "The idea came about in 2003 from some Australian rugby teams, as a mixture of social duty and fraternal camaraderie. If you don’t normally have one, a moustache is a pretty distinctive thing, and it’s a pretext for starting a conversation, perhaps even about as delicate an issue as prostate cancer." In 2013 alone, the campaign created over 1.7m conversations on social networks, many of which led to people visiting a doctor. In the past 11 years the campaign has collected over $580m (£370m) and involved four million activists globally.

Moustache-growing, sobriety and cold showers are all small acts, but their big impacts could proclaim the start of a new era for fundraising strategies. "Viral campaigns need substantial background work and a good internal structure which enable you not just to plan how you’re going to bring the money in, but also to manage the funds and your relationships with the donors," Mineo concludes. "In our sector,  there are few organisations with these attributes."