At the annual fundraising dinner of the Charity Finance Group in November, an upbeat black-tie event with balloons and amusing speeches, the chair of trustees, Ian Theodoreson, made an enigmatic reference to "our interesting summer".

To other trustees and those in the know, this was probably something of an understatement. The CFG had just come through one of the most difficult periods of its 28-year history, when it seemed that most things that could have gone wrong did go wrong.

An ambitious restructure had misfired when two senior appointees departed within weeks of starting; a planned raid on the reserves had gone way beyond expected levels after accounting methods were revised; and the resulting consternation on the board had led to the resignation of two discontented special advisers.

A mid-year progress report in October indicated that the charity was putting these turbulent times behind it: income was growing, its services were being well used and progress was being made on its three-year growth strategy. "While there is still much to do, we believe CFG is now fit for the future," it said.

Whether all difficulties have been resolved remains a matter for debate, however. Some insiders think lessons from the failed appointments have not been learnt; others that there are still gaps in the skills of the 20-strong staff. Others think the trustees should also be given more information and allowed to question the chair and chief executive more, and to offer advice.

Most observers, however, seem to think that the changes to the CFG's mission set in motion in recent years are right and that the recent difficulties were a hiccup, albeit a painful one. "None of the trustees has been concerned enough to jump ship," says one. "I think the finances are essentially robust and I suspect everyone will look back on this as just a bad patch."

Another says: "Even in the disruption of the past year, the CFG has done good work and will continue to do good work. If a finance director asked me whether they should join, I would still say yes."

A key change at the charity was symbolised by the decision in 2012 to ditch the name Charity Finance Directors Group in favour of the Charity Finance Group. This made it clear that the CFG was no longer an exclusive club for senior people, but wanted to inform, support and represent charity finance staff more widely, including those in small organisations most in need of expertise. 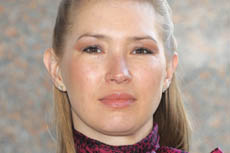 The chief executive, Caron Bradshaw (left) says the next question after the name change was how to take forward the CFG's mission of "developing and inspiring a confident, dynamic and trustworthy charity finance sector" and enhancing the status and enabling role of the finance function in charities.

The answer was a plan in June 2013 for a profound shift in the way the CFG operated. This included a move to its own leasehold office where it would no longer have to share space with other organisations, and bringing in skills for growth by creating three new directorates: services and enterprise; policy and engagement; and resources, which was to include finance and HR.

Three directors were duly appointed in January 2014, but by April only the director of services and enterprise remained. Of one departure, Bradshaw says: "Some who make the transition from other sectors survive, and some don't." Of the second, she says: "She was doing a cracking job but left because of personal circumstances." These two director posts have not yet been filled, although a finance manager and a head of policy and public affairs have recently been recruited.

An interim finance manager was quickly brought in last March and his scrutiny of the finances resulted in a decision to apportion membership income differently between accounting years. Invoicing was also brought forward, with the result that a fifth quarter of VAT became payable, and the amount of money owed to the charity increased, in the year 2013/14. These decisions were to have a significant effect on the accounts.

The various changes to the figures, however, delayed the production of the accounts, and at the June board meeting trustees were told that the raid on the reserves would in fact total £190,000, leaving only £61,500. The charity had begun the year, in which income totalled £1.7m, considering that reserves ranging from £180,000 to £225,000 were appropriate, says Bradshaw; the target is now being revised in the light of the charity's changed risk profile.

Change, especially cultural and performance change, is difficult and the journey is not for all

Theodoreson, chief finance officer at the Church of England, is sanguine about the accounting changes and the depth of the raid on reserves, saying one year's accounts have taken a hit and the effect will "reverse out" in the coming year.

"Finance directors say they deal with this kind of thing all the time," he says.

Bradshaw agrees: "The year-end position is just a snapshot that doesn't always give the full picture. The thing to focus on is cash flow. Invoicing early improved our cash position."

Explanations for the increased shortfall given to the June board meeting apparently failed to allay the concerns of some trustees and of John Tate, an IT entrepreneur who had been a special adviser to the charity for 12 years and attended most board meetings. 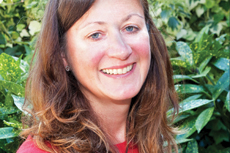 These concerns were more fully aired at the September board meeting, chaired in Theodoreson's absence by the vice-chair, Gill Gibb (right), who is said to have allowed a more robust and wide-ranging discussion than was the norm. "Some people were quite outspoken," says one source. This in turn led to recriminations that resulted, after a vote by trustees was narrowly carried, in a request to Tate that he should resign. This he did, followed in sympathy by Gibb, who had just become a special adviser as well after the expiry of her term as vice-chair.

Shortly afterwards the charity published the encouraging mid-year progress report, mentioned earlier, which showed a 5 per cent growth in income and a 13 per cent fall in expenditure compared with the same period a year before. "Change, especially cultural and performance change, is difficult and the journey is not for all," the report said. "We underestimated the depth of change needed and have had to adjust the pace for delivery of our plans." Bradshaw now predicts a "stunning performance" in 2014/15 as a result of rising membership, a sold-out conference in May last year, successful training events and a lucrative fundraising dinner.

The summary of one insider is that the CFG had been trying to do all the right things but was thrown off course by the two failed appointments and an unexpectedly large deficit resulting from the way the finances had been run in the past. This exposed differences and a clash of cultures at senior level.

"Caron is perceived in the sector as a superb person to work with in partnership over issues such as pensions, VAT and reform of Gift Aid," the insider says. "My only question is about the methods of recruitment: I don't believe it's purely bad luck when you appoint three directors and two don't work out." A second insider says the charity had not had the right skills in place to bring about such major change: "It now needs a good operations manager to work under Caron to release her to speak at conferences, write articles and so on while things are looked after at the office."

Asked if people might be surprised that an organisation dedicated to improving charity finance should have had such a wobble in its own finances, Bradshaw says: "I wouldn't describe it as a wobble: our underlying cash position didn't suffer - in fact, we have enjoyed improved cash flow as a result of the changes. The overarching message is that there are two ways of looking at financial information: as compliance, reporting on history; or as an enabler, linking with non-financial information to create an environment where you can react quickly to changes.

"We now understand our business much more and we're moving to the latter position. For example, we've been able to remove and add events and other activities during the year to ensure we stay on track as a result of much more dynamic data."

Theodoreson concludes: "We have demonstrated we can go through change, overcome obstacles and arrive at the place we want to be. And boy, have we learnt a lot of lessons."