Internships might be the route to a job in a hard-to-crack sector, but they are controversial. Annette Rawstrone sums up the debate and talks to three former charity interns about their contrasting experiences

It's the classic Catch 22: employers are looking for people with experience, but how can you demonstrate that you have experience if you've graduated only recently?

Internships are increasingly seen as one way to get jobs in the competitive third sector. Some people regard them as a win-win because graduates gain experience and charities benefit; but others see internships as exploitative and exclusive.

Chris Hares, campaigns manager at the group Intern Aware, says unpaid internships impede social mobility because many graduates who can't afford to work for free lose out because they can't gain the experience needed to get jobs.

"This means that many people with aptitude and potential are overlooked in favour of those whose parents can afford to support them," he says. He thinks internships are at odds with the values of the third sector and risk damaging its diversity by excluding sections of society and, perhaps, some of the best and brightest talent.

Those who have progressed successfully from internships to jobs are happy to speak out, but those with less positive experiences often stay quiet for fear of damaging their job prospects. One person who posted on the blog Interns Anonymous described doing seven internships and still being unable to find paid work in international development. Hares refers to this as an "internship loop", where employers consider only those people willing to work for free and are also unwilling to give them paid jobs.

In many cases, structured charity internships provide young people with new skills, training and networking opportunities, but it's difficult to quantify what proportion actually lead to paid work in the sector. Here three graduates relate their personal experiences. 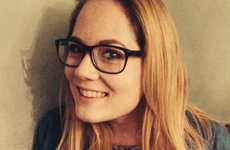 After I graduated from university with an archaeology degree, I wanted to work in the third sector and was applying constantly for entry-level jobs but getting nowhere. I felt I was being overlooked because I didn't have relevant experience.

Clic Sargent's internship was based in its Oxford office, which meant I could live at home - I couldn't afford to go to London. Working three days a week meant that I could also have a part-time paid job and continue to apply for jobs.

I received travel expenses and was given a three-month project. This meant I gained tangible skills in a sector in which I wanted to work. I was able to network and was given other opportunities, such as a CV and presentation skills workshop. When it ended I was offered a temping position at the charity. A month later, a job was advertised in the fundraising team – and I got it. 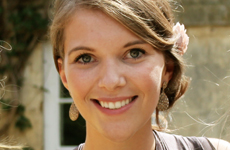 I was lucky my parents could support me during my internship and I had people to stay with in London. I got an internship at Marie Curie for two days a week in the PR department, and one at the development charity Progressio for the remaining three days in the communications team. I received travel expenses and a lunch allowance. There was structure to my work, but I was given the freedom to use my initiative. It was a double win: my work made a difference for the charity and I gained valuable experience.

I don't feel I was exploited, because my internships have led to paid work. I applied successfully to be a PR and media assistant at Marie Curie. Five months into that, I got a place on a graduate trainee scheme with Charityworks. Through that I've begun a full-time paid role at the RNIB for a year. I'd advise undergraduates who want careers in the charity sector to do an internship while they're studying. Then they can apply for graduate jobs straight out of university.

As long as people are willing to work for free, entry-level jobs in the charity sector will be hard to come by. I completed an MA in international communications and human rights, and was keen to work for a charity. I thought an internship would give me valuable experience as well as an opportunity to see how the third sector operates.

I worked part-time to support myself while doing an internship in the media department of a human rights charity. My role mainly involved gathering press cuttings highlighting human rights-related stories for distribution inside the organisation.

The staff were friendly and it was a good opportunity to interact with people with great experience in the field of human rights. It was also helpful to be on their internal mailing list and receive job vacancies. But I found the charity sector to be a very competitive market. Doing an internship and having a relevant MA does not guarantee you a job. Perhaps I didn't persevere for long enough, but I could not find paid work in the sector and in the end I gave up and found work elsewhere.