There will be few charities in the UK that have not heard of the social networking platform Facebook. With more than a billion users, it has become one of the most recognisable brands in the world.

Libby Leffler, partner manager at Facebook, heads a team dedicated to ensuring that not-for-profit organisations are maximising their presence on Facebook. She is based in the US, but her remit is to enable charities around the world to connect and share information with the platform's users, using its free tools.

"We are encouraged by what charities are already doing on Facebook, but they can always do more," says Leffler. "They should share more and be more engaging. Our goal is to provide non-profits with the tools to use our platform and to inspire advocacy among our audience. We want all non-profits and causes to make the most of the free products available." 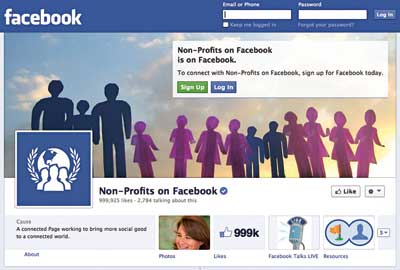 Leffler cites Facebook pages and Instagram as examples of tools that charities should use to engage with the public. Nonprofits on Facebook (right) is another option, where charities can promote themselves to an audience that has already expressed an interest in the sector.

"Being on Facebook allows charities to build deep, lasting connections with supporters," says Leffler. "Some charities will want to use Facebook to help raise awareness of their work and cause areas; others might want to drive donations. It all depends on the charity. But the desire to encourage engagement covers all of these areas."

Leffler points to Comic Relief and its annual Red Nose Day campaign as an effective use of Facebook to target an audience. The charity devised an Ideas and Tools Facebook app, where the public can search for fundraising ideas and tools to encourage them to raise money for the charity. She also cites JustGiving, which in 2012 raised £34m from traffic driven from Facebook.

However, it's not just the large charities that Leffler and her team believe can use Facebook to full effect. "A lot of organisations are very small and don't have large teams," she says. "Some charities are opting to have Facebook pages in place of their own websites.

"They are realising that using Facebook saves a lot of time otherwise taken up by updating their own sites, and that we already have the audience there. Some charity websites only drive people to Facebook, and other non-profits opt to update their Facebook pages every day - something that they wouldn't bother to do with their own sites."

Some charities might be sceptical of the benefits the platform can offer without any costs, but Leffler thinks the free products can do the job.

However, she says that charities are approaching the company about paid-for advertising to supplement their online presence.

"Charities ask us how they can best use their marketing budgets, and advertising on Facebook can help," says Leffler. "A lot of charities use our free products, but some ask how they can do more. Using promoted posts is one option that will help them reach a target audience."