Interview: How the National Deaf Children's Society is doing digital

Helena Martins, head of digital engagement at the NDCS, on the changes being made at the charity to incorporate digital into its strategy

The modern-day mission statement of the NDCS, a charity set up in 1944 by parents of deaf children, is to create a world without barriers for deaf children and young people aged up to 25.

It’s a fairly large charity, with an annual income of £23m and 236 employees across the UK, including a digital team of five led by Helena Martins, who joined last July after completing a six-month contract as head of digital fundraising at the housing charity Shelter.

Martins is otherwise new to working within charities but has been in digital roles since 1999, including co-founding a digital agency in her native Portugal.

"My role here is not just to produce digital communications that inspire people to take action to support NDCS’s mission but also to help and inspire other NDCS staff to be be more digital," she tells Third Sector.

She has more than a professional interest in NDCS’s work – she has been deaf herself for the past six years and supports deaf causes as a mentor with HearPeers and as a fundraiser. 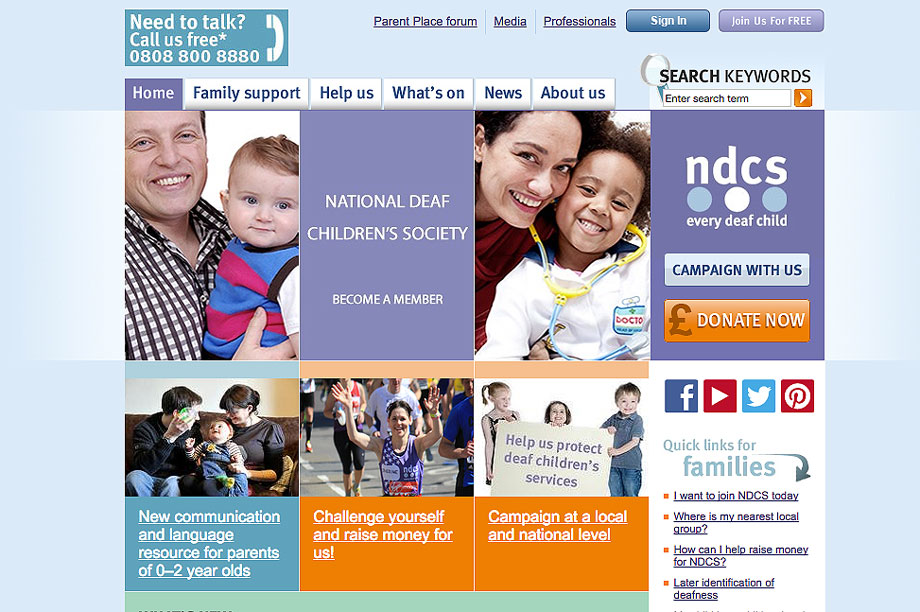 Right now her main focus is on changing the NDCS website, which is one of the key places that a hearing parent who has discovered their child is deaf (90 per cent of the 45,000 deaf children in the UK were born to hearing parents) will come to for information and support.

The current incarnation is a "vintage" website that needs a more user-friendly and mobile-friendly design, says Martins, who is working on the project with other teams, such as information, campaigns and fundraising. 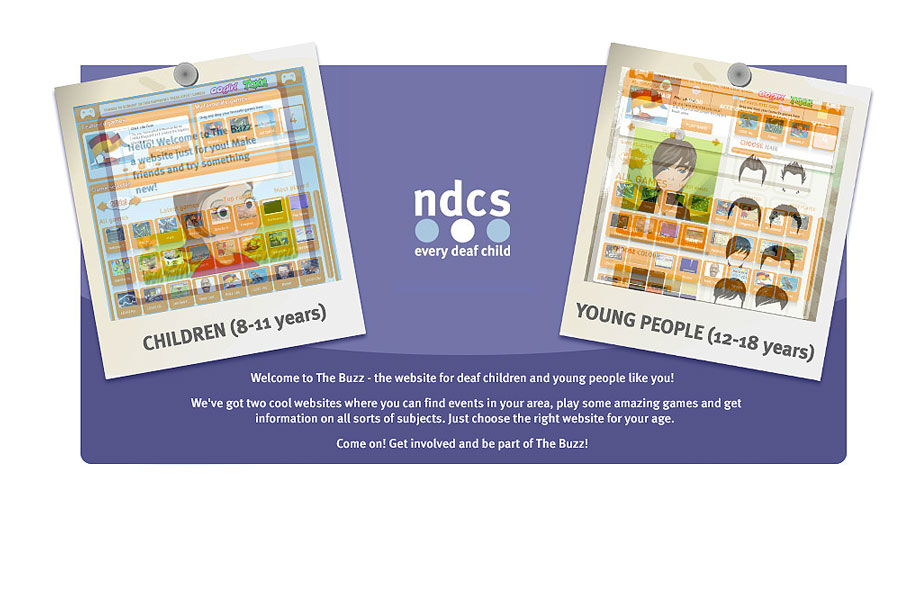 It’s a big task, because the new website will also incorporate the charity’s website for deaf children, The Buzz, its Family Sign Language website and the website for its international arm Deaf Child Worldwide. The launch is scheduled for September or October and will be followed by a new version of The Buzz. 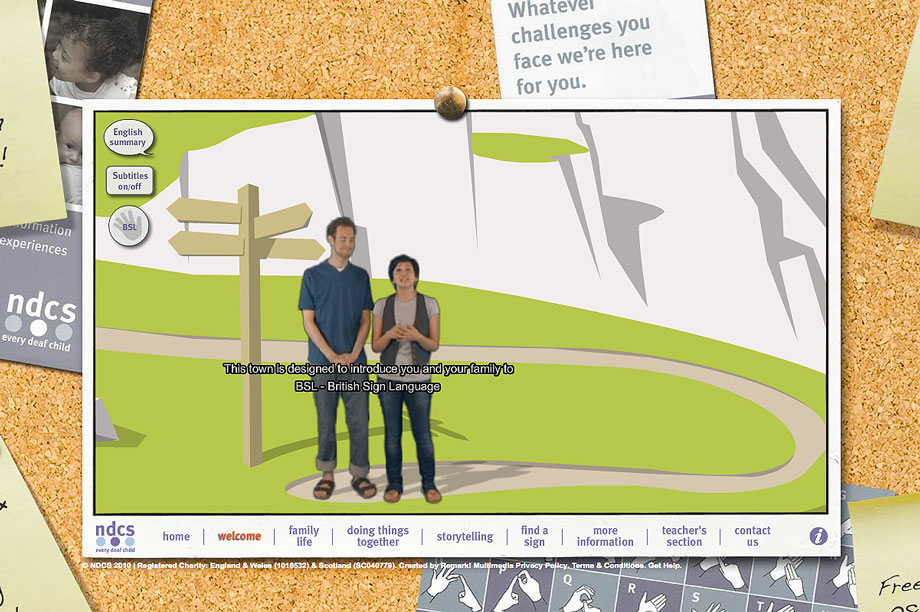 There is much more going on, however. Martins says enthusiastically: "What we’re doing is empowering other teams and other staff in becoming more digital. Instead of bringing more people into our team, we’re making sure that other teams are involved and we do a lot of cross-functional projects."

She relates how her team had an idea for a small campaign involving the whole charity after analysis showed that the NDCS’s social media audience loved popular culture.

"When the new Star Wars film came out, we had a campaign called Sign Language Awakens instead of The Force Awakens. Staff dressed as characters such as Princess Leia, Darth Vader and Yoda, and taught people how to sign Star Wars characters and phrases. 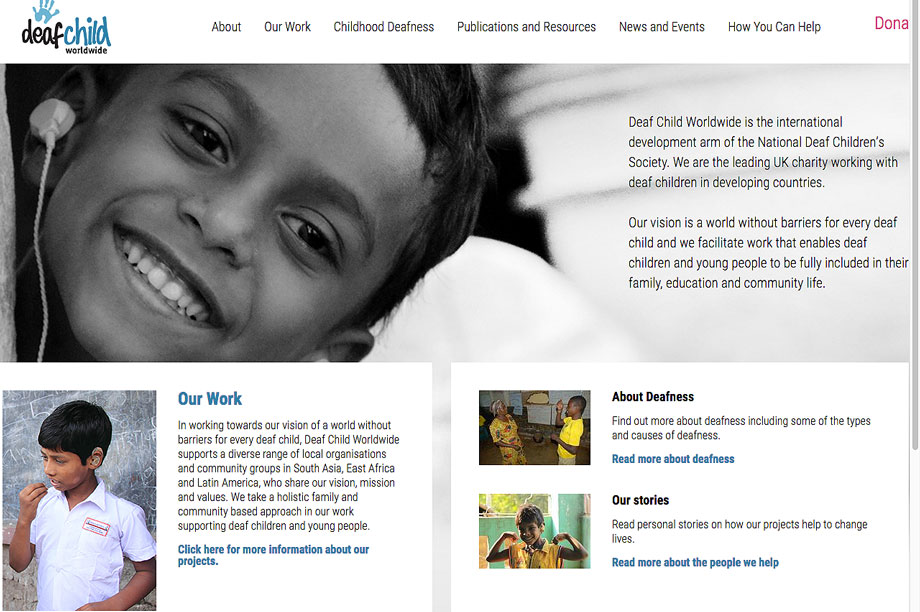 "It had a big engagement rate and helped us toward one of our digital goals, which is to not only broadcast at our audience but also to have conversations with them."

In the longer term Martins hopes to boost the NDCS’s digital fundraising, which is less developed than its traditional income from door-to-door sign-ups and donations from individuals raising money by participating in challenge events.

Digital fundraising has a lot of potential in the future, she says, but she is treating this year as a benchmark "year zero" from which the NDCS will investigate what works, including some A/B testing (comparing two versions of a web page) on the new website.

Martins' other contributions include putting on workshops that are open to everyone in the organisation, which have so far covered digital content, analytics and social media. They featured guest speakers from charities she admires, including Macmillan’s head of digital, Amanda Neylon, Age UK’s group digital content manager, Rob Mansfield, and RNLI’s social media content officer, Nathan Murray.

Summing up her philosophy, she says: "Certain heads of digital get it wrong. It’s not about us coming in to a meeting and saying this is how it should be done and what I say goes. It’s about showing others and inspiring them. It’s not about disrupting but serving the organisation’s goals."