The National Council for Voluntary Organisations has weathered the cuts and the priority now is the growth of civil society, its chief executive tells David Ainsworth

The National Council for Voluntary Organisations, the sector's oldest and most influential umbrella body, has taken a battering in the last few years; it lost nearly 30 per cent of its income between 2009 and 2012, has shed 35 per cent of its workforce and has gone through a merger with Volunteering England that will soon mean more job losses.

The fall in income is due mainly to the loss of government funding from the strategic partners programme, which the government will have phased out completely by this time next year, and from Capacitybuilders, the infrastructure-building agency that went onto the 'bonfire of the quangos' soon after the coalition came to power.

A further development came two weeks ago with the resignation of the NCVO's deputy chief executive, Ben Kernighan, who is going to be chief executive of the National Union of Students. His efficient minding of the office is said to have enabled his boss, Sir Stuart Etherington, to concentrate on policy formulation and influencing.

But Etherington says he is not downhearted as a result of all this. The NCVO retains a solid annual income of £8m with minimal government funding, he says, including about £1m in membership fees from 10,000 sector organisations. It has added a new floor to its building, which is now fully tenanted by charities and producing rent, and reformed its conferencing and IT arrangements. And it will continue to offer the same services, he says, but in a different way.

"We used to do a lot of events and hard-copy publications," he says. "Now a lot more is provided online - it's more financially sustainable without government money, and we're actually reaching more people. We haven't lost massive capacity in the policy, research and campaigning sectors. That's the principal purpose of the NCVO, so we're still able to run fantastic campaigns."

One example of this is the Give it Back, George campaign, whereby the sector successfully lobbied against the deeply unpopular proposal, introduced in last year's Budget but abandoned shortly afterwards, to cap tax relief for major donors.

Etherington also sees opportunities in the recent merger with Volunteering England, which itself lost almost £3m of government funding from an income of £5.46m in 2010/11. He is particularly pleased that the Volunteering England chief executive, Justin Davis Smith, is staying on to be director of volunteering. "Usually one chief executive waves goodbye and gets on the bus, sometimes with a cheque," says Etherington. "But in this case, a lot of what we wanted was in Justin. We were desperate to keep him."

The merger has prompted a strategic review that will run for the rest of the year and is likely to lead to the loss of 17 more jobs in the combined organisation. But Etherington says the merger has also made the NCVO think about how it can support individuals and citizen movements as well as member organisations. "Organisational membership will continue to be the bedrock of the NCVO, but we also have to think about motivating individual staff," he says. "We have to think about volunteer managers and volunteer centres."

Although the NCVO benefited strongly from various forms of public funding under the last government, Etherington is quite sanguine about the loss of the strategic partners programme, which has meant some national umbrella bodies have had to close, downsize or merge. "There was too much infrastructure," he says. "There were forty-something strategic partners. That's not very strategic ...

I don't think the rationalisation process is over. I think most organisations will try to carry on in a smaller form, and some will find they're not sustainable. Then we'll have another round of mergers two or three years down the line."

In general, Etherington says, the voluntary sector is able to fund its own infrastructure bodies: "The infrastructure the sector needs, the sector will create. If the sector doesn't create it, you have to ask whether it's necessary." It could be argued that you shouldn't be there in the first place if you can't get your members to pay for it, he says, pointing out that the Charity Finance Group and the Institute of Fundraising are examples of organisations that provide successful representation but take little or no government money.

He says the loss of the strategic partners programme, which was partly intended to allow sector bodies to represent their interests to government, has not reduced opportunities to talk to ministers and civil servants. "There's no problem with access," he says. "If you have expertise and you represent a constituency of members, politicians are interested in talking to you."

When the coalition first came to power, Etherington says, there was less access to some government departments, particularly the Treasury, but this has now changed. He describes this as a "beneficial side-effect" of the Give it Back, George campaign and the ministerial U-turn it produced.

Etherington says he is hopeful about the overall state of civil society, partly as a result of the visits he makes to impressive projects run by member organisations. "I'm an optimist, and part of what people look to us for is hope," he says. "Advice and expertise, as well, but definitely hope. And I draw enormous hope from my members."

- Find out how other strategic partners have fared

THINGS YOU DIDN'T KNOW ABOUT THE NCVO

- It was started in 1919 with a £1,000 legacy from Edward Vivian Birchall, who was killed in the First World War. He left the money to his friend SP Grundy with a note, preserved at the Imperial War Museum, that it should be used "to do some of the things we talked about".

- The NCSS helped to set up other organisations that are well recognised today, including the Citizens Advice Bureau. This originated from a national plan of 1938 to establish local centres for free and unbiased advice in case of war. The National Association of Citizens Advice Bureaux eventually became independent in 1977.

- Age Concern was set up by the NCSS in 1944 as the National Old People's Welfare Committee, representing 18 voluntary organisations and government departments concerned with the welfare of the elderly. When it became independent in 1970, it consisted of 1,491 local groups, three regional committees and separate committees in Northern Ireland, Scotland and Wales.

- The NCSS worked with the Post Office on a charity stamp that went on sale in January 1975. A 1.5p donation added to the basic first-class rate went to charity - £62,000 was given in the year.

- In the 1970s, the BBC asked the NCSS to administer its annual Children in Need of Help appeal, which it did for three years.

THE BIG SOCIETY: NOT DEAD, BUT STILL TOXIC ... 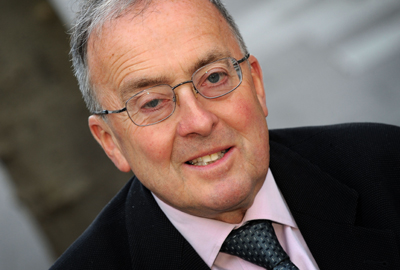 Early this year, Sir Stephen Bubb (right), head of the sector chief executives body Acevo, wrote to the Prime Minister to tell him that the big society was "effectively dead". A government once full of ambition and urgency, he wrote, had lost its way and now lacked "a clear narrative on the role of charities in the economy and society".

Etherington agrees with his old sparring partner about the lack of a clear narrative, but thinks reports of the death of the big society have been greatly exaggerated. He discerns growing support on both sides of the House of Commons for people-led movements such as community asset transfers and spin-outs of public services - both part of the big society concept.

"The big society brand is toxic," he says, "but the idea of a smaller state and a bigger society is still there. I think the Conservatives were on to something, but they never articulated it very well, and they never thought properly about the policy implications. Now you see people like Jon Cruddas MP, Labour's policy review coordinator, talking about the Labour tradition of mutualisation, rather than the Fabian Society filing cabinet, where every problem has a solution in the state.

But citizen-led structures will often need seed funding from the state, he argues. "If policy-makers think civil society is going to play a wider role, they need to create structures to encourage that growth," he says. "That's the process we want to focus on over the next three or four years. A lot of government funding for civil society should be money that enables organisations to do it for themselves."

He also wants to see government at both national and local level change its contracting methods to give civil society organisations a better chance of winning public service contracts. "They can say they want to create a procurement system without distortions, but all procurement creates distortions," he says. "If you procure a small number of large contracts, it will benefit big private players."

So he is calling for "an unlevel playing field for privatisation", tilted towards the voluntary sector. He is in favour of the sector scaling up through partnerships and consortia to bid for contracts, but feels it should resist changing the nature of the services it offers in order to comply with the commissioning authority's requirements. "If they won't do it your way, don't play ball," he says.