Jeremy Cooper looks beyond the crisis at the RSPCA

In what has seemed like an open season on charities, the Royal Society for the Prevention of Cruelty to Animals has probably suffered most. It has come under intense fire from the countryside lobby, various politicians and the right-leaning media over foxhunting prosecutions, opposition to the culling of badgers and the euthanisation of pets. The fur, you could say, has really been flying.

The RSPCA has stuck to its guns, giving robust answers and explaining how its work conforms with its purposes. Multiple complaints by its critics to the Charity Commission have brought no regulatory action. But the criticism has taken its toll: the chief executive, Gavin Grant, left on health grounds two years ago - the charity has since been run by trustees. It has seemed to drift from one row to another and the morale of the 1,600 staff has suffered.

Things have finally begun to change, however. In February, the charity announced that it was accepting all the recommendations of the Wooler report on its prosecution function, a decision that amounts to an overhaul of the most controversial aspects of its work (see "Wooler review leads to some major changes"). And crucially, at the third time of trying, a new chief executive has just been appointed.

From RAF to animal charity

Jeremy Cooper has a varied background. He left school and home at 16 to spend nine years as ground crew in the RAF, followed by 20 years in supermarket management with Waitrose and Tesco. He joined the RSPCA in 2013 to run its farm welfare accreditation scheme Freedom Food - now called RSPCA Assured - and, after a brief stint as head of corporate development, won the top job from a field of 56.

He's an animal lover - he grew up on a farm and has always had dogs - but does not come over as an animal fanatic and asserts that the RSPCA's business is animal welfare, not animal rights. He says his priorities are drawing up a strategic plan, restoring staff morale and setting up compliance audits in all seven directorates; other early tasks are recruiting new directors of fundraising and of field operations.

"For me, it's all about having a clear sense of direction," he says. "The absence of a full leadership team and a permanent chief executive means we've been dealing with immediate priorities only. So the first thing is to take stock and say where we want to go. There's been a sense of people working in silos, doing their own thing.

"There's a huge amount of talent in the society, and I want us to work together more and be more effective. There are a lot of things we want to do, but what's the focus? That's the key. So we need to get all the items on the table and decide where the priorities lie."

This interview takes place at the RSPCA animal centre in South Godstone, Surrey, where Cooper is visiting as part of an induction that will take him to many of the 10 regions and 164 branches, which are all separate charities. His style of management is "open, collaborative, inclusive, calm, listening", he says, and the most important part of the new strategy will be to do with the 1,600 staff.

"Everything we do is about the great people we've got," he says. "They are our most expensive and important asset, and we need to spend some real quality time on them, with a focus on training, development, succession and morale.

"You see total dedication and commitment every day in places like this. Many people get paid about two thirds of what they would get in the commercial sector.

"One of the biggest issues with morale is not what we do internally, but rather what we see externally in the media and the impact that has on their families and friends: 'Oh, you work for the RSPCA - that's not a lot of fun at the moment, is it?' I heard of someone who was asked to apply for my new job and he said 'no, I'd rather boil my head'."

Cooper accepts that the society has made mistakes, including the widely publicised case of a cat called Claude that was reported to the RSPCA because he had matted hair and was underweight. He was found to have serious health problems and was euthanised, but an internal review reportedly found he was "removed without lawful authority" and "respect for due process and the rights of individuals were largely absent".

"We were quite rightly challenged," says Cooper. "It was a dreadful experience for the family, and it has led to an important change." There is now also a new complaints system at the charity and an independent complaints reviewer, Sally Hobbs, former deputy chief inspector of HM Inspectorate of the Crown Prosecution Service.

"I want to learn from the mistakes, and things like the Wooler report help us with that," says Cooper. "I want a very open, transparent, engaging, new-style society - I want it to be different, very collaborative, working with lots of other people on animal welfare. So how do I get rid of the negativity? That's the hard bit for me. We've done some things, but how long do you get beaten for it?"

He has already arranged to meet critics, including some MPs, and says the RSPCA has already done useful work with the Countryside Alliance on the problem of horses being grazed on roadsides. "I want to engage with them, show them the past is in the past, understand where they're coming from and find where we can work together, focusing on animal welfare," says Cooper.

"We've got to stop thinking we are at war with people. Rhetoric doesn't help - conversation and dialogue does. We sometimes need to be a bit less reactive and vocal in our response, and bit more balanced and thoughtful."

But the nature of the RSPCA in the longer term might not become clear until the final part of the jigsaw is put in place - the review of governance, discussed inconclusively at last year's AGM, recommended by the Charity Commission and recently started by the management consultant Peter Horne (see "Pungent views and a review of governance," page 27).

But whatever comes of these initiatives is the RSPCA ever going to be free of the kind of controversy that has marked recent years? "I think an organisation of our size is always going to be subject to scrutiny and potential criticism," says Cooper. "I don't think you're ever going to get away from it, particularly in animal welfare, where there is a great deal of emotion. That is a way of life you have to accept.

"But we need to avoid the mistakes that will bring more flak our way. And I'm looking for a way to engage with more organisations, as we already do with the police, the fire brigade and the coastguard. We can be far more effective working with the National Farmers' Union, the Countryside Alliance and other animal welfare charities, than working on our own.

"There will always be things you're not going to agree on -but as long as we respect boundaries and other people's views, then you've still got a basis for dialogue.

"And we don't have a political agenda - it's about doing what we're good at, which is animal welfare, focusing primarily on prevention of cruelty, rescue, rehabilitation and rehoming of animals."

PUNGENT VIEWS AND A REVIEW OF GOVERNANCE

The most pungent view of the RSPCA's governance comes from the union Unite, which says it needs to be "dragged kicking and screaming into the 21st century". About a third of the charity's staff are Unite members.

There are 25 members of the governing council, comprising 15 elected by the entire RSPCA membership of 25,000 and 10 elected triennially by a vote of RSPCA branches in the 10 regional divisions. There are no limits on the number of years trustees can serve.

Three trustees have resigned in the past year, one of whom, Sally Phillips, also called for a review, complaining that only the "very narrow pool" of RSPCA members could become trustees and that regional trustees were "repeatedly reinstated".

The charity has now appointed the management consultant Peter Horne to conduct a review of its governance. He used to work in the Cabinet Office, at Ofcom and for the Electoral Commission and has given advice to HS2, the Co-operative Group and the further education sector.

The charity declines to publish the terms of the review. Jeremy Cooper says he hopes it will be completed by October so that it can inform the strategic plan on which he is starting to work.

"There is a need for change, but I'm not sure it's as big an issue as is sometimes portrayed," says Cooper. He says his preference would be for a model in which trustees would have a group of independent professionals to consult when making important decisions.

The prosecution by the RSPCA of the Heythrop Hunt (pictured, below) in Oxfordshire in 2012 attracted some of the harshest criticism of the charity. 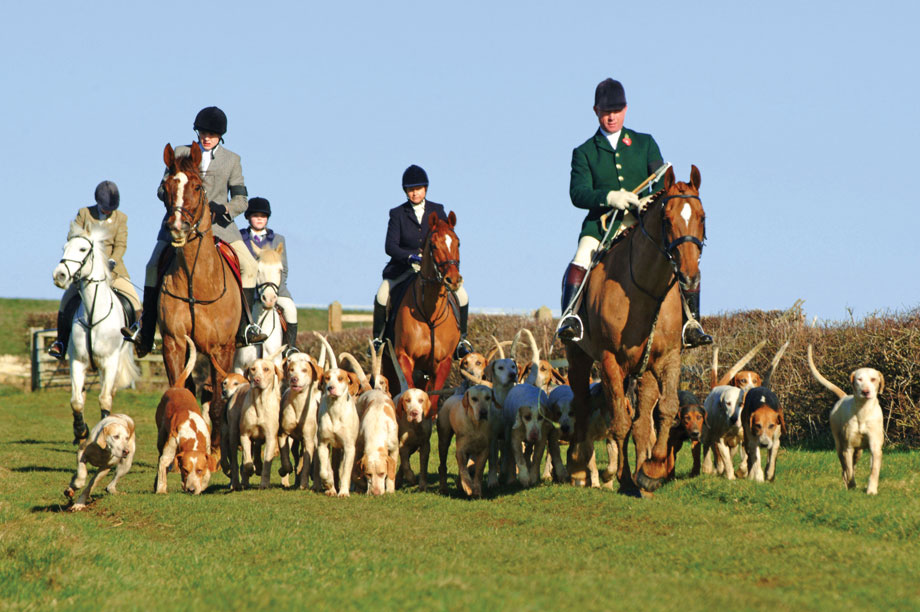 After imposing fines of £6,800 in total, district judge Tim Pattinson remarked that the charity's prosecution costs of almost £330,000 were "quite staggering" and said "many will feel RSPCA funds can be more usefully employed".

He was later given "informal advice" about his remarks by the judicial authorities, but the hunting lobby also took a critical line. In 2013, General Sir Barney White-Spunner, then chair of the Countryside Alliance, said the charity was "sinister and nasty" and not interested in animal welfare.

The RSPCA asked Stephen Wooler, former head of HM Inspectorate of the Crown Prosecution Service, to review its role as a prosecutor. He concluded that the charity had been "right in principle" to prosecute Heythrop, but such cases required caution because preparing evidence was expensive. He also came up with 33 recommendations, which the charity accepted in full in February.

On "red-coat hunts", it has decided that it will, if appropriate, carry out a preliminary investigation of complaints that the law is being broken, but will then pass the case to the police. If the police do not proceed, "it remains open to the RSPCA" to conclude the investigation and prosecute.

It has started discussions with the government about RSPCA inspectors being given the power under the Animal Welfare Act to seize an animal in distress, as inspectors can in Scotland. At present, the RSPCA relies on the police to carry out seizures.

The charity has responded to the recommendation that its prosecutions department should be led by a trained lawyer by appointing Hayley Firman, a former Crown Prosecution Service barrister. A new decisions-recording system will show how the evidential and public interest tests of The Code for Crown Prosecutors are applied.

A review is also taking place of the costs of prosecutions, including standard fees and terms for external lawyers, and an oversight group is being set up to give feedback on decision-making and case management.

Vets will no longer be asked to sign certificates allowing police to seize animals unless they have personally verified the facts; press notices about the successful outcome of prosecutions will no longer include appeals for funds for the RSPCA; and the policy for prosecution of cases of poor welfare at animal sanctuaries has been revised.