Karen Osborn has been appointed chief executive of the International Glaucoma Association. She will join in July from the same position at Kent Association for the Blind.

Mercy Ships UK, which uses hospital ships to deliver free healthcare services to people in the developing world, has appointed Lea Milligan as executive director. He will join in July from the employment training charity City Gateway, where he is chief operating officer.

The British Heart Foundation has appointed Professor Sir Nilesh Samani as medical director. He will take over in October from Professor Peter Weissberg, who is retiring after 12 years at the charity.

Emma Radley has joined the child bereavement charity Winston's Wish as director of fundraising. She was head of fundraising at the Oxford University Hospitals NHS Trust. 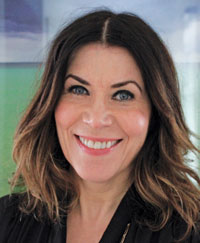 Andrea Stark (right) has been appointed director of the Foundation for FutureLondon, a new charity to support the Olympicopolis project, which will create a new arts and cultural centre on the site of the Olympic park in London.

Carers Trust, which supports unpaid carers, has appointed Joe Gannon as director of policy and research. He was a partner at the consultancy Pitchfork.

Diabetes UK has made Elizabeth Robertson director of research. She joined from the same position at Breast Cancer Now.

The Centre for Ageing Better, a charitable foundation set up to identify factors that improve later life, has appointed Dan Jones as director of innovation and change. He was director of the innovation lab at Nesta.

Ian Watson has joined the sight-loss charity RP Fighting Blindness as fundraising manager. He was head of fundraising at Brain Tumour Research. 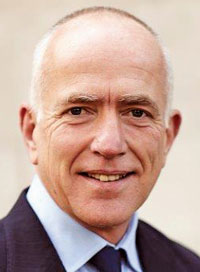 Richard Mayhew (left) has been appointed chief executive of the Nazareth Trust, a Christian charity that offers services including a hospital in the Israeli city. He was director of the Garden Tomb, a Jerusalem site where some believe Jesus was buried and resurrected.

Ben Blackledge has been promoted from head of education and development to director of education at WorldSkills UK, which promotes apprenticeships and technical skills.

Christine Harris has joined the London Centre for Children with Cerebral Palsy as manager of its Milkshake Tree Appeal. She was director of fundraising at Access Sport.