As we approach the end of the year, it’s time to reflect on 2016 and how charities used digital to campaign, fundraise and raise awareness. Here’s part one of my top 10 charity digital campaigns of the year. Drum roll, please...

Who doesn’t love a meme? #MannequinChallenge is 2016’s #icebucketchallenge – without the millions. Charities have produced #MannequinChallenge videos to raise awareness of their causes or a particular campaign and some produced videos for #GivingTuesday, which had a donation ask. Search #MannequinChallenge on Twitter to see a whole host of charity challenges. This one by the RNIB gets a special mention for its brilliant narration.

The team at our Judd St office try their hand at the Mannequin Challenge. Look out for the special guest! https://t.co/uy1soeL2Jp

This year the BHF launched MyMarathon, a virtual fundraising event where participants could run a marathon in their own time. Participants could download a social media kit, email templates, read motivational blog posts on the MyMarathon website and share their trials and tribulations using the hashtag #MyMarathon. The campaign exceeded its fundraising target and was shortlisted as a finalist in the Digital Innovation of the Year category in the Third Sector Awards. 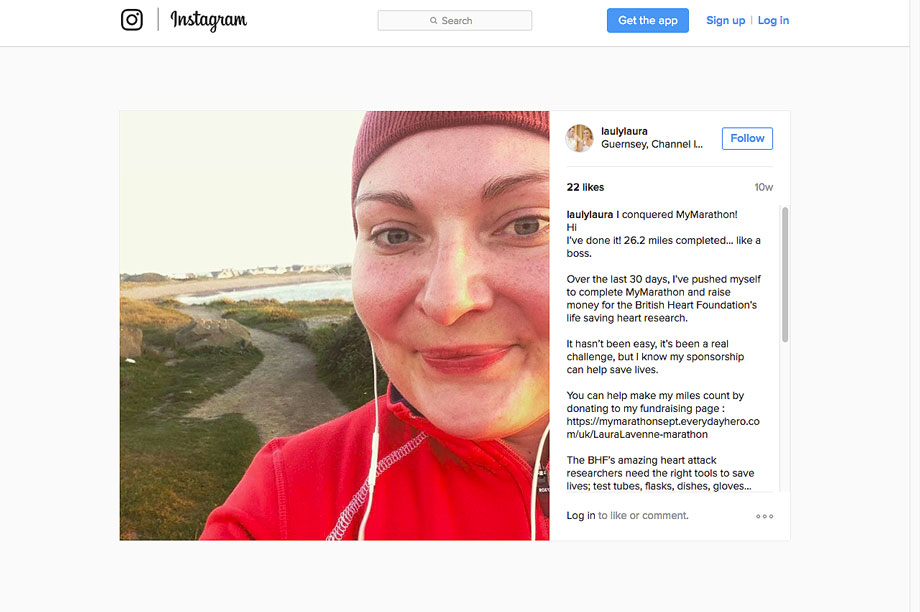 8. GirlGuiding – For the Girl

#ForTheGirl aims to highlight the inequalities that girls face, help give girls confidence and raise their aspirations. Supporters are encouraged to get involved by watching and sharing the #ForTheGirl video on their social media channels as well as spread the word about how they are changing the world for girls by sharing photos, stories and more with #ForTheGirl. The video has had almost 600,000 views on this Facebook post alone.

In September the UK polymer £5 note was rolled out. John Thompson, a corporate fundraising consultant, decided to donate his first new five pound note to a charity and thought others may like to do the same. He created a Twitter poll and #FirstFiver was born. Of course charities jumped on board to encourage their supporters to donate their first five pound notes to them. People started tweeting photos of their #FirstFiver and tagging the charity they were going to donate it to.

A quick Twitter search of #FirstFiver and it’s still going strong, almost three months after the campaign started. What’s the secret to its longevity? According to John it’s been fuelled by the "chocolate factory factor". He explains: "Our changing relationship with cash has maintained intrigue and that feeling of pent-up excitement as people wait to finally get, and then give, that elusive golden ticket. As there was no single beneficiary, donors have followed their hearts, each one contributing to an avalanche of micro-stories that offer valuable insight into what motivates people when choosing a cause to support."

I'll donate the first new five pound note I get to a charity. Will you?
#fivergiver

Over the summer, WWF allowed the public to step into the boots of a ranger and come face to face with a tiger through its virtual reality fundraising and awareness campaign, which took place in shopping centres in London. I went to the Westfield centre in Stratford to experience it for myself and was really impressed by the knowledge of the rangers (fundraisers), the design of the "forest" and the VR experience itself.

The Tiger Experience surpassed expectations, delivering more than 5,000 VR engagements. Twelve-thousand participant photographs were taken and there were 21 per cent more sign-ups than originally targeted. After the success of the Westfield activities, the virtual reality experience has been rolled out internationally to countries including India and Singapore, and has been used in UK schools to educate and encourage wildlife conservation.

Tune in again next week when I’ll reveal my top five digital campaigns of 2016. Which will be the Christmas number 1?