The party appears to want to give more power to communities without excluding the state from the process, writes Kaye Wiggins

It was clear at last week's Labour Party conference that charities have not given up on the party since it went into opposition more than a year ago. Plenty of charity representatives could be seen dashing between meetings with shadow ministers and fringe events, where they contributed enthusiastically to debates.

Many of these representatives said they were satisfied that they had raised awareness of their cause areas and the issues on which they were campaigning, hoping Labour figures would be able to lobby on their behalf for changes to government policies.

In private, however, some questioned whether the £9,000 cost of a stand in the exhibition hall had been worthwhile, pointing out that some shadow ministers seemed to treat the area of the hall labelled "Third Sector Zone" as little more than a photo opportunity.

But what did the voluntary sector as a whole get in return for its efforts? Now that the dust has settled, is there a clearer picture of Labour's analysis of what went right - and wrong - in its approach to the sector when in power, and what it would do differently if elected again?

The frankest admission came from Lisa Nandy, the MP for Wigan, who told a fringe meeting the Labour government had treated charities as a "third arm of the state".

Beyond this, some titbits of proposed policy could be discerned. In her speech to party members, Tessa Jowell, the shadow Cabinet Office minister, said a future Labour government would expect those using public services to "give something back" in the form of community activities or volunteering. She also said there should be rewards for volunteers, citing as an example the council tax credits that Labour-run Lambeth Council in south London gives to residents for community work.

Immediately, however, critics asked why people should be asked to contribute to public services beyond paying taxes to fund them. Several sector figures said they were worried about a slippery slope leading from the rewarding of people for volunteering to penalising them for not doing so. They pointed out that vulnerable groups, such as disabled people, immigrants and those with learning difficulties, faced significant barriers to volunteering. 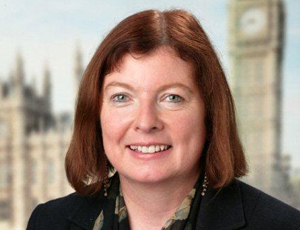 On the bigger picture of Labour's response to the government's big society agenda, some clues could be found at a meeting during the conference between the shadow civil society minister, Roberta Blackman-Woods, and a small group of charity representatives.

"We are not taking the ideological view that says services should be run by the public sector rather than the voluntary sector," Blackman-Woods said. "But we think there should be minimum commissioning standards to level the playing field."

Blackman-Woods also told the charities that the next phase of Labour's policy review on civil society would concentrate on social enterprise, social finance and finding ways to encourage banks to support the voluntary sector. She said the government's big society agenda would work in "a twee village somewhere" but it did not address the problem that deprived areas tended to have fewer volunteers. The government should play a role, she said, in making sure voluntary and community work targeted the areas in which it was most needed.

Taken together, the policy announcements and other discussions about the sector seemed to present a common theme: Labour supports the big society's intention to encourage volunteering and to give more power to community groups, but thinks the state must play a bigger role in this, rather than - as government ministers have advocated - getting out of the way. But in order to win back the sector's affections, Labour will need to be clear that this bigger role will not involve too much top-down state intervention.