At Large: The NCT trustees who won't go away

Plus: A dunking for new minister Crouch; and a fantasy escape from the sector

The fallout continues from the decision to compel the president and a trustee of the National Childbirth Trust to resign last year because they were in post when the charity co-branded Bednest, a type of cot in which a baby had died. Seana Talbot is standing again for president, backed by a group of members demanding an independent review. Central to the decision to oust the two before the inquest was Helen Stephenson, who left the NCT chair when she became chief executive of the Charity Commission in July. A choice detail is that advice that the two should go came from the PR firm Bell Pottinger, recently expelled by its trade association for "inciting racial hatred" in South Africa. 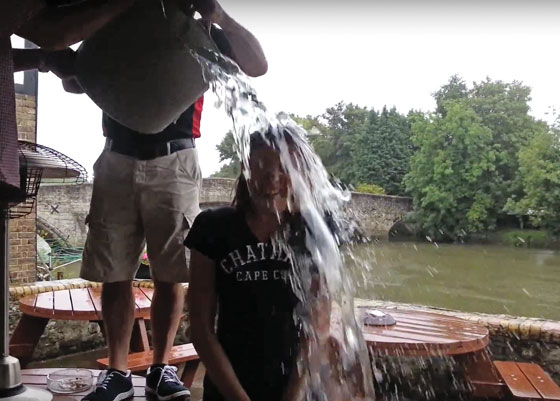 So what's the new charities minister Tracey Crouch done for the sector in nearly three months? So far there have been only developments of existing projects rather than anything new: fundraising training for small charities, an extra £2.7m for the volunteering fund Second Half and £40m more for the Youth Investment Fund. So her most eye-catching sector gig remains the YouTube video of her Ice Bucket Challenge in 2014. Worth a watch.

David Ainsworth, former Third Sector reporter now with a rival outfit, has written The Skillseed, a novel about a woman in an alien world who inherits the memories of a dying man: writing about charity financial matters clearly brings on escapist fantasies. The book is low on charity themes, even though it's set in a famine-hit conflict zone; but it's the first in a trilogy, and Ainsworth says "there may be emergency food drops by midway through book two". Are we looking at the new Terry Pratchett, who also emerged from journalism? The Skillseed is available on Kindle for £1.99.

Earlier this year, The Daily Telegraph published corrections and an apology relating to several articles it had run about seat-holders at the Royal Albert Hall selling their tickets on the internet at inflated prices. On 9 September, the day of the Last Night of the Proms and the annual high point in the hall's calendar, the Telegraph made the running in publicising a significant blow to the hall in its dispute with the Charity Commission over its governance: the news that the regulator has asked the Attorney-General to refer the case to the charity tribunal to clarify points of law. How's that for raining on someone's concerto?