What should the relationship be between charity chairs and chief executives as they adjust to tough economic times? Andy Hillier and Ian Griggs find out from five sector experts

Having to do more with fewer resources has become a recurring theme for charities since the economic downturn struck in 2008. Boardroom discussions about expansion and providing beneficiaries with the best possible services have been replaced over the past few years with conversations about cuts and maintaining standards on a limited budget.

As a result, running a charity has become an increasingly tense affair for many senior management teams and trustees.

Penelope Gibbs, a programme director of the Prison Reform Trust and a fellow of the Clore Social Leadership Programme, observed the tensions that can exist at the top of charities in A Marriage Made in Heaven?, a study of the relationship between charity chief executives and chairs, published in November 2011. Her study, based on 16 interviews with present and past chairs and chief executives, noted that many chair-chief executive relationships had broken down and, on several occasions, the chair had more or less attempted to do the job of the chief executive.

In addition, an increasing number of charities are now considering merger as they try to find ways to continue their work on a reduced budget. In order to survive, some charities are also having to consider delivering work outside their usual areas of expertise, leaving themselves open to accusations of mission drift.

But just how difficult has running a charity become over the past few years and has it led to relationships becoming more strained at the top? Here we speak to a range of figures from the sector to get their views. 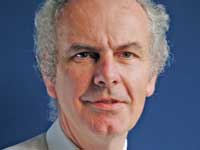 There remain problems between executive teams and charity boards in terms of their responsibilities. It's not always clear who is responsible for what.

There can be a tendency for boards to get involved in areas that really should be the responsibility of the executive team. Or it can work the other way - the executive team might try to keep the board away from a particular issue because it doesn't want it involved.

People who reach the top of charities are often those who are passionate about the cause or have worked in that particular field, but they might not necessarily be the best at handling commercial issues. When times are good, this probably isn't an issue. But when you need to increase your income, it can be a problem.

Board members tend to come from larger organisations and will have certain ideas about the way things should be done. But looking at issues from a large organisation's perspective can lead to a cultural clash. There can be a temptation among board members to step in and try to run things themselves, which isn't necessarily the best solution.

An increasing number of charities are looking at merger because of the financial crisis. But there will naturally be resistance among boards and chief executives about the impact of merging or even closing an organisation. Boards and executive teams will start the process thinking that it's a good idea - but when they realise that there will be fewer jobs as a result, people start to resist.

A good board and a good chief executive will work that out early and will also try to find other ways of adjusting to changing times." 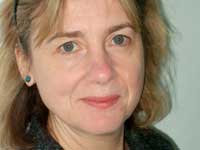 Many chief executives and chairs of charities came into their roles before the economic downturn, when the environment, and the skills that those roles required, were very different. The downturn has resulted in an increasing amount of friction between chairs and chief executives because they are having to make difficult decisions.

Boards tend to look to chief executives to take the lead when the charity is in trouble, but quite often they don't know what to do or don't have the necessary skills. It's especially a problem for smaller charities that rely on two or three main organisations for funding.

Boards are reluctant to change chief executives, partly because of loyalty and partly because they fear it might lead to instability. Boards don't necessarily know what skills they need in their management teams.

I've worked with some charities that rely on their reserves to keep going and, although the trustees know that they need to make changes, they remain reluctant.

The type of people charities want on their boards has changed too. Every charity wants to recruit a big hitter from the City because they think it will help solve their problems. In my opinion, they're placing too much hope in one person.

The fact that smaller organisations are having to compete with the private sector is also changing the way that they operate. If they are competing with businesses on price, then they're going to worry less about how they treat their own staff and volunteers.

But in my experience senior management and boards are generally making strategic decisions in unison, which is the way that it should be done. The problem is often that they don't have the conversations soon enough: there's a tendency to make difficult decisions too late."

DAVID MARRIOTT - Chief executive of the Together Trust, a children's charity in Cheadle, Cheshire 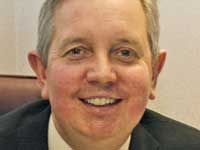 The spotlight is on value for money and cost-effectiveness. We're a service delivery charity that works with more than 40 local authorities. We employ more than 800 people and we've had to renegotiate terms and conditions for all staff so that we can offer the same quality of service to commissioners but at less cost. That's a hard thing to do.

Our full trustee board meets monthly and it is very involved in the detail. In making some difficult decisions, our trustees have been united. They appreciate that in order to survive as a charity they have to make these decisions.

We have done quite a lot of work with the trustee board over the past five years to make sure that we have the right breadth of experience. We now have board members who have service expertise as well as those with business expertise. As a result, the accountants don't always have their way and neither do those from service backgrounds.

There are differences of opinion. The tensions haven't been so much about making reductions in services but about committing to expanding at a time when things are difficult. One of the bravest things we've done in recent years is to build a £6m specialist non-residential further education college. It involved raising money from the commercial banking sector. This was a challenge to get through the trustees because of the risks involved.

The chair has always had a clear idea that I and the other three directors manage the organisation and, because we involve members of the board throughout the decision-making process, we don't tend to get the tensions that can arise." 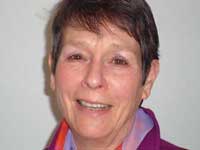 If friction at the top does exist, I would suggest several solutions. The first is talking things through in person, because bursts of emails rarely solve anything. Second, it is important to build trust between chairs and chief executives, but this is easier said than done because it takes time and a focus on the shared enterprise that is the charity.

It's also important to have discussions with the senior management team about the direction of travel for the charity, because that gives everyone a shared road map and makes things easier during difficult periods.

Sometimes there is also an argument for having a third, external person in the relationship between chair and chief executive to act as a mediator in times of crisis.

Personally, I don't buy the idea that chief executives hired before 2008 are unable to cope with the new financial reality, because that assumes they have no ability to adapt.

In order for chairs and chief executives to get on, it is important to get rid of any unspoken or unhelpful assumptions through discussion. At one end of the scale could be the assumption that the chair is merely a figurehead; at the other, the assumption that they must attend meetings every week. I work with about 20 charity chairs through the year and what I see is chief executives asking for more support and getting more of their chair's time through negotiation." 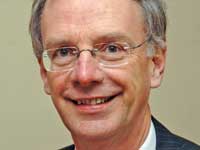 When we did our recent research with Cass Business School into the governance of larger charities, 88 per cent of chairs or chief executives said that they had extremely good or very good working relationships. We were surprised because you often hear stories about chair-chief executive relationships breaking down, but it was interesting to see that, in a confidential survey, the vast majority said that they had good working relationships.

Chairs and chief executives who are in regular contact tend to have better working relationships. Interestingly, when chairs spend more than 30 days a year on their role, the relationship appears not to be so good. It seems to peak at 20 to 30 days a year.

When times are tough, there's certainly a risk that boards will transgress the governancemanagement boundary. The trustees ultimately have the legal and financial responsibility for the charity and the staff do not, so the trustees are likely to take a greater interest in its day-to-day running if things aren't going well.

Over the past 15 years, the boards of charities have been transformed. Broadly speaking, they are now populated by competent, skilled people who provide good governance. But it has one downside: fewer people are being elected to boards from the charities' memberships, which means there's a danger of boards becoming over-professionalised and missing the bigger picture, as we've seen happen with the banks.

In general, chief executives and chairs manage their relationships remarkably well, especially given that one has not chosen the other."

- See what are the career benefits of a Clore Fellowship