Longleat has its socks knocked off by response to donations request

Longleat safari park has been inundated with socks after it asked supporters to send them in for its chipmunks.

The Wiltshire wildlife park said it was overwhelmed by the public’s generosity after it took to social media to ask people to donate old socks for its family of chipmunks.

The park has since asked people to stop sending in donations after it received hundreds of pairs of unwanted footwear from places as far afield as New Zealand.

Chipmunks use socks as nests and as places to store their food, particularly hard food such as nuts and cones.

Alexa Maultby, a keeper at Longleat, said the park had thought the appeal for socks would provide a colourful nesting material for the chipmunks and was a fun way to recycle old clothing. 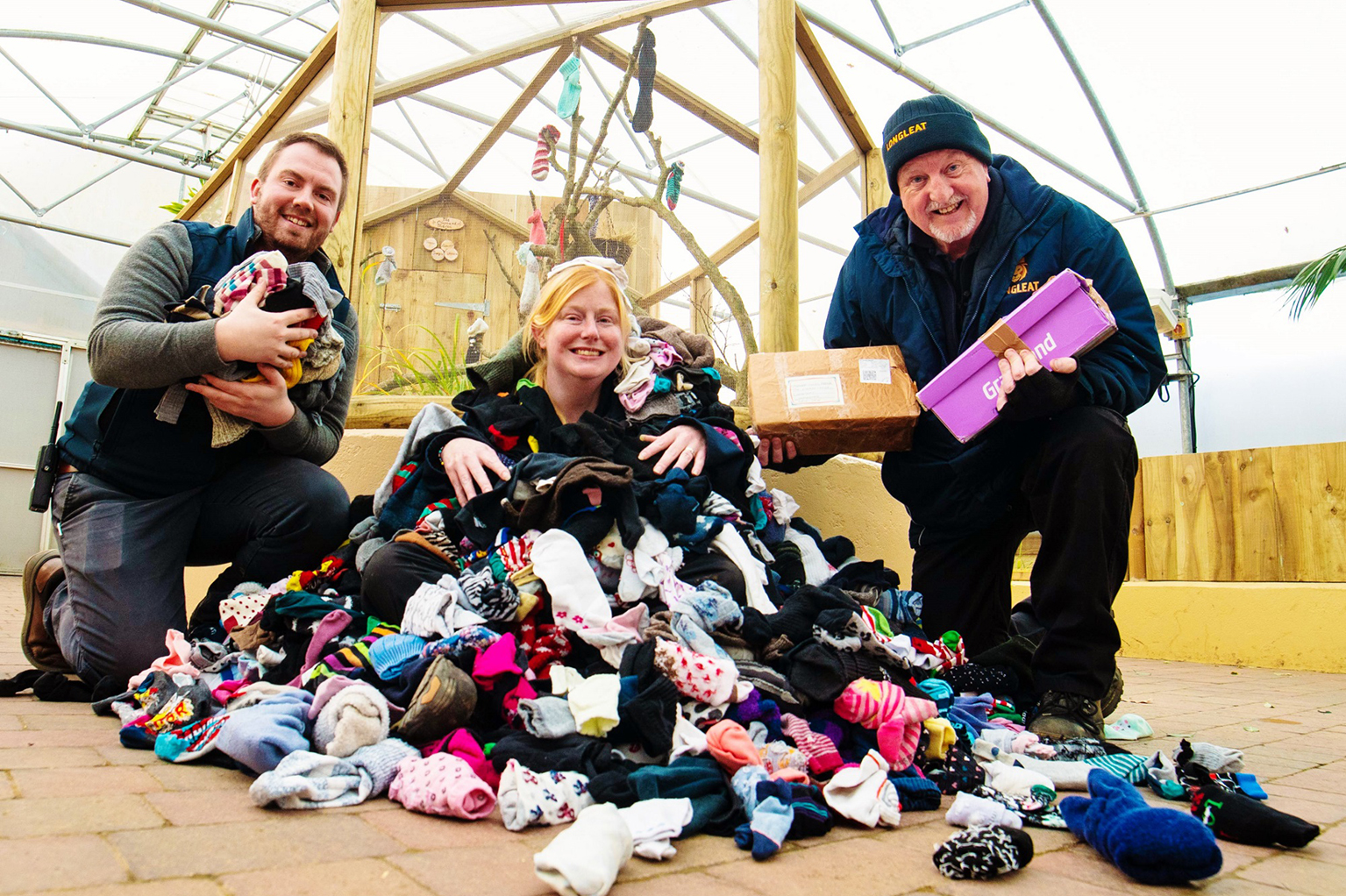 "But we weren’t quite prepared for the huge number of socks the public have provided us with," she said.

"There’s now a sock mountain [right] and we’re looking for other uses for them around the safari park. The plan is to use them for bedding for some of our other animals.

"We’d like to thank everyone who has made the effort to donate."

But she said the park definitely had more than enough socks and asked people to stop sending them in.