Arthritis Research UK and Arthritis Care say the new organisation, which paid £278,000 for its new identity, will be braver and more vocal

The charity formed by the merger of Arthritis Research UK and Arthritis Care will be called Versus Arthritis.

The two charities merged in November last year. Liam O’Toole, chief executive of Versus Arthritis, said the organisation would be a "braver", more vocal charity, offering more care and support to arthritis sufferers.

In a statement made today, the charity said its three priorities would be providing high-quality services, information, advice and support to people with the condition, campaigning to ensure arthritis was recognised as a priority and delivering cutting-edge research. 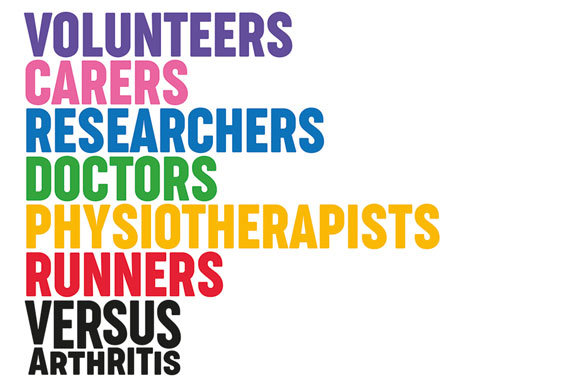 "We’re very proud of our legacy and what the two legacy charities were doing, with Arthritis Research UK coming up with ground-breaking treatments and Arthritis Care supporting sufferers and helping to provide peer-to-peer support," he said.

"But what’s different is that we will be much braver – we want to push back and have a louder voice for people with arthritis and empower them to demand more for themselves."

He said the charity would also be "more ambitious" in its research and in the support it provided for beneficiaries, who often experienced pain, fatigue and isolation.

"People with arthritis don’t feel they’ve got the advice and support to cope with and manage the condition – there’s a lack of recognition and, despite the enormous scale of the problem, it is trivialised and thought of as untreatable and unavoidable."

He said he wanted to see the condition discussed more openly, in the way that cancer, diabetes, Alzheimer’s and mental health problems had been in recent years.

The name, narrative and visual identity was developed by M&C Saatchi and cost £278,000, which, O’Toole said, was about 0.5 per cent of the charity’s annual spending.

He said no jobs had been lost as a result of the merger.

"What brought us together was people with arthritis," he said. "Both organisations had been engaging with them and knew they had to do more and needed to expand."