The Hey, It's OK campaign aims to break the taboo about depression and encourage young women to speak out about how they are feeling, so they can get the right help they need.

Frankie Sandford, a singer in the girl band The Saturdays, who battled depression last year, wanted to tell her story in a way that would make a difference to young women. Mind and Glamour created a viral video, featuring Sandford alongside Glamour readers who had experienced depression, explaining how it helped them to be open and honest about their condition. Many said that they felt it easier to talk to friends or family members than to their GPs.

The campaign was launched on 2 April with a 10-page feature in the May issue of Glamour, including the results of an online survey based on the experiences of 2,000 Glamour readers.

How was it promoted?

In additional to using traditional PR methods, Mind and Glamour placed the video on their websites and used social networking to communicate their messages.

Mind and Glamour both tweeted information about the campaign to their respective 60,000 and 85,000 Twitter followers, and both posted details on their Facebook pages, which have 20,000 and 78,000 fans respectively. 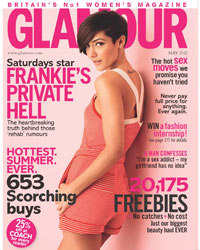 Glamour produced a sticker in the May issue and asked readers to place it somewhere prominent; many readers subsequently got in touch via Twitter to say they had done just that.

Hundreds of positive messages and emails have been written by young women to say thank you for raising the issue.

Glamour editor Jo Elvin, who promoted the campaign to her 50,000 Twitter followers, said: "This has definitely been the biggest response we've ever had to a campaign, and we've only been on sale for three days."

The Hey, It’s OK campaign has successfully targeted new online audiences to raise awareness of depression, a condition that is commonly misunderstood. By mirroring the campaign’s message that it is good to share, they have cleverly created a viral campaign that has got people talking across Twitter, Facebook and email. The video, featuring Frankie Sandford, is positive and appealing and is a vital marketing tool to get exposure for the campaign.