Movers: Amy Mina swaps Save the Children for Practical Action

Amy Mina, the director of programme quality at Save the Children International, has been appointed international director at the development charity Practical Action.

Steve Barnes has been appointed director general of GroceryAid, the benevolent fund for people in the grocery industry. He will join in September from the Food and Drink Federation, where he is currently the commercial and membership director.

Iain Overton, director of investigations at the charity Action on Armed Violence, has been promoted to executive director. He replaces Steve Smith, who has become chief executive of the International Refugee Trust.

St Joseph's Hospice, in Hackney, east London, has appointed Nigel Harding as chief executive. He will join the organisation in November from the same position at Woking & Sam Beare Hospices. 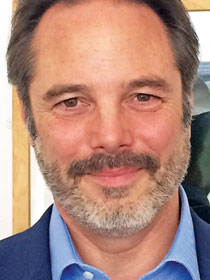 Andrew Balfour (left), director of clinical services at the Tavistock Centre for Couple Relationships, has been promoted to chief executive.

The charitable think tank the International Institute for Environment and Development has appointed Deborah Harries as chief operating officer. She was implementation director at the children's charity St Christopher's Fellowship.

The landmine charity Find A Better Way has appointed Lou McGrath as chief executive. McGrath, who was chief executive of the Mine Advisory Group for 14 years, has been working as a consultant. 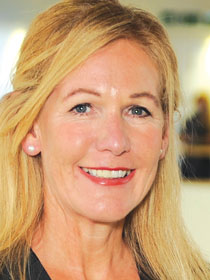 (right) as chief executive. Edwards, who is associate professor and rural programmes director at the University of Reading's Henley Business School, will take up the role on 1 October.

Louise Ansari has joined the Centre for Ageing Better as director of communications. She was director of prevention of type 2 diabetes at Diabetes UK.

The deafblind charity Sense has appointed Sarah Lee as director of fundraising. She was deputy director of mass market fundraising at Macmillan Cancer Support.

Edward Evans has been appointed deputy director of the social technology funder the Nominet Trust. He was a senior adviser at the Cabinet Office.