Vanessa Griffiths has been appointed chief executive of the walking charity, the Ramblers. She will join in November from the National Trust Wales, where she is assistant director.

Martin Halliwell has been appointed chief finance officer at the British Red Cross. He was vice president of finance for the consumer goods company Unilever in Vietnam.

The former agency fundraiser Gordon Michie (below) has been appointed head of fundraising at the armed forces charity Poppyscotland. 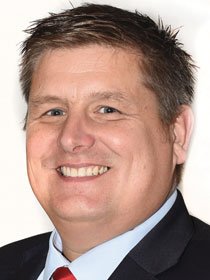 Lieutenant General Sir Andrew Gregory has been appointed controller of the armed forces charity SSAFA. Gregory retired from the army in April after 35 years of service.

The children's charity bibic has appointed Lynda Williams, director at the young people's charity Off the Record, as chief executive.

The children's charity Chicks has appointed Robert Gofton as chief executive. He joins from the same role at Falmouth and Exeter Students' Union.

The National Council for Voluntary Organisations has promoted policy manager Elizabeth Chamberlain to head of policy and public services.

The children's charity Barnardo's has appointed Jason Caplin as its first chief digital officer. He joins from the same role at the Department for International Trade.

Eithne Rynne has been appointed as chief executive of the Kent Association for the Blind. She joins from the same role at the London Voluntary Service Council.

Wanda Wyporska has joined the Equality Trust as executive director. She was lead equalities officer at the Association of Teachers and Lecturers.