This year marks the 300th anniversary of Capability Brown’s birth. Who? you might ask (I certainly did).

Lancelot Brown, or Capability as he became known, is one of the most celebrated landscape architects in history and he had an enormous impact on so many special places around the UK, some of which are National Trust gardens. He’s known as England's greatest gardener, so to celebrate his 300th anniversary and spread the word about his legacy, the charity wanted to find an engaging way to introduce his story to its social audiences.

"Although it’s a story we’re fascinated by, we were aware that many people might not know who Capability was, or how big an impact he had, so we were keen to find an engaging way to tell his story," says Ben Harwood, digital marketing manager for social and engagement at the National Trust.

Charities celebrating anniversaries is nothing new, but finding new and engaging ways of marking these milestones, particularly digitally, is challenging. So how did the NT mark the occasion?

It created a "tap-to-choose" gamification experience on Instagram, which allowed people to put themselves in Capability’s shoes and follow his career in a light-hearted, educational and compelling way. The story starts when Capability leaves school at 16 and suddenly wakes up with an urge to become a celebrated gardener. It’s a bit like those "choose your own adventure" books, except that because this is about history you don’t get to choose your own ending but are guided to the correct finale. 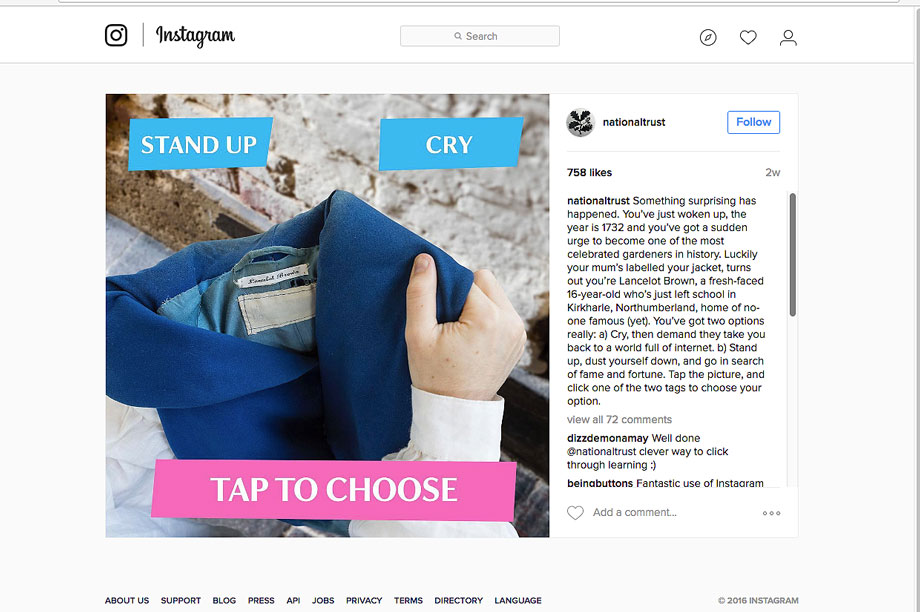 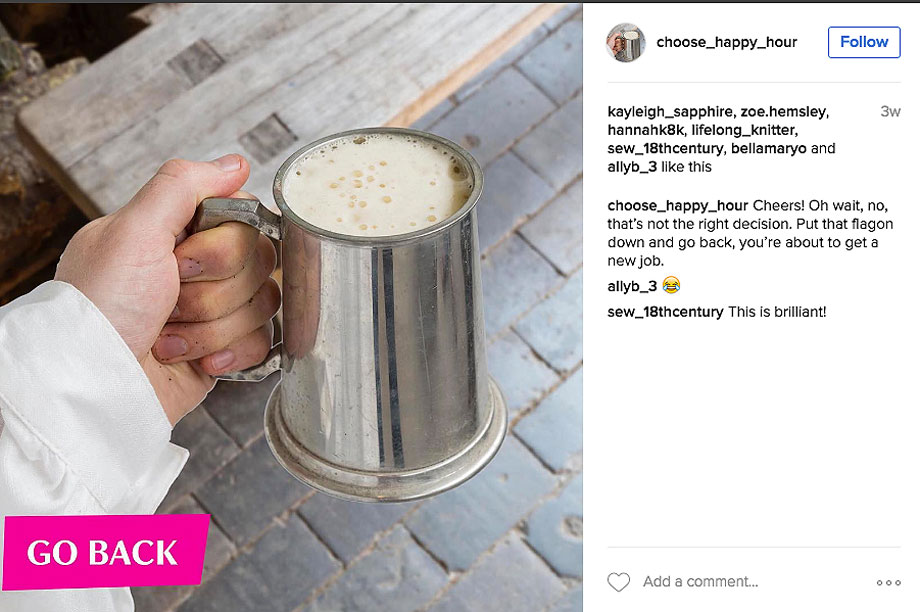 The objectives of the campaign are to tell the story of one of the UK’s most celebrated gardeners, reach an audience that might not have heard of him (or his influence) and to tell his story in a way that people want to play the game through. There are fifteen posts in total – small enough that people would play through to the end but enough to tell a good story and create a gaming experience.

The NT wanted the tap-to-choose posts to achieve a higher engagement rate than their usual ones. It did just that, with almost 200 per cent more comments. It also wanted people to talk about it outside Instagram, and achieved that too with some press coverage. The feedback has been overwhelmingly positive and the charity is now looking at other ways in which it can engage digitally with its audience and bring stories to life.

This was fantastic! What a modern way to introduce some history as well as to get people thinking about our own decisions and how even the little ones add up! Would love to see more of these!

"We aimed to create an accessible and light-hearted route into the story of Capability Brown’s life, and we’ve been really pleased to read that our Instagram community enjoyed stepping into his shoes," Ben Harwood says.

"We’re always looking for new and engaging ways to tell the stories of the places we look after, so we’ll definitely look for opportunities like this on our social platforms again."

For me, this campaign is a winner. It’s innovative in that it has taken a popular social platform, Instagram, and turned it into a game. Instagram is all about stories, and the NT is very good at using the platform in this way – but this campaign takes it one step further. It appeals to the charity’s existing audience and a younger audience. I’m very interested to see what the NT has next up its social sleeve and will be watching its accounts with interest.