Where next for direct mail?

Direct mail has been the bedrock of fundraising for many charities for years, although no one is able to say with any certainty how much the technique raises in the UK each year.

But raising money through the medium has unquestionably become harder in recent times, partly as a result of factors such as the rise in online giving and the introduction of new regulations in the wake of negative national media coverage of fundraising practices.

Arguably, the biggest rule change for direct mail came in September 2015 after the Institute of Fundraising decided to ban charities from selling supporters' data and sharing data received within the previous six months without consent.

average amount raised for every £1 invested in DM (Fundratios 2015, Centre for Interfirm Comparison)

A further blow to direct mail fundraising came just before Christmas when the Information Commissioner fined the RSPCA and the British Heart Foundation £25,000 and £18,000 respectively for breaking data protection law, including using wealth screening without donors' consent. Wealth screening has been used widely by charities to identify those donors who are most likely to give.

Lewis Coghlin, fundraising director at Cats Protection, says the ban on selling and swapping data has had a "major negative impact" on the use of direct mail fundraising. "Reciprocal mailings deliver a far higher response rate than a 'cold' list, so it costs more money to recruit a donor, and fundraising has therefore become more expensive," he says.

"The supply of lists will also diminish if list owners are not able to demonstrate that their data was obtained with the full knowledge of the individual, meaning the pool of potential new supporters will reduce."

Although many charities have moved away from using direct mail to reach new supporters over the past 18 months, the Salvation Army's income from cold direct mail has held steady at about £1.3m a year for the past two years.

Julius Wolff-Ingham, the charity's head of marketing and fundraising, says: "It's still one of the most effective ways for us to recruit new people."

Joe Saxton of the consultancy nfpSynergy, says that's good news for the rest of the sector, because if cold direct mail stops working for this charity, "it's not going to work for anyone".

The Salvation Army is also bucking the trend for declining income from existing supporters: its warm direct mail programme raised 18 per cent more in 2016 - £15.4m, compared with £13m the year before - while its response rate also rose, from 9 per cent to 10 per cent.

Direct mail represents about a fifth of the charity's voluntary income, but Wolff-Ingham says it has always been an important element of its individual giving programme, which also raised almost £53m in legacies last year. According to Wolff-Ingham, the charity has not made any significant changes to the way it uses direct mail over the past couple of years, so the Salvation Army's success with direct mail campaigns might be due partly to external factors.

"Maybe response rates have increased because, at a time when there has been so much criticism of the way charities fundraise, we are a cause that people still admire and we are trusted to get on with the job," he says.

He also believes it helps that the charity remains so committed to mailings with a personal touch: "At a time when we see a lot of charity direct marketing becoming more corporate, we just work hard at getting it spot-on, warm, personal and in the right tone of voice, with a clear proposition."

Tobin Aldrich, a fundraising consultant and recruiter, also believes the move was bad news for the sector. "The vast majority of the sector stopped doing reciprocals in 2015 and response rates for cold direct mail have fallen by well over 50 per cent since then," he says. "It's because the bulk of new donors were acquired by swapping lists."

The average response rate for cold direct mail was already as low as 1 per cent in 2015, according to data from the benchmarking project Fundratios, and Aldrich believes several charities have stopped using cold direct mail or radically reduced their investment in it since then. Things could be about to get even worse, he says. The Information Commissioner's fines before Christmas are already having a further detrimental effect on charities, he says: they are increasingly nervous about checking their data against external data sets through segmentation tools such as Acorn and Mosaic. But not using these tools will make it harder to target those most likely to donate.

The imminent arrival of the Fundraising Preference Service, which will allow the public to block communications from charities they no longer wish to hear from, combined with the increasing pressure for charities to move to opt-in-only systems of communication, is likely to affect the number of people who can be contacted with mailings. Fundratios has estimated that the average return on investment for direct mail was £1.73 per £1 invested in 2015, lower than any other mainstream fundraising technique. But Craig Linton, a fundraising consultant who specialises in direct marketing, believes direct mail will continue to play an important part in many charities' fundraising portfolios. "Charities are still sending millions of pieces of direct mail and donors are still responding," he says.

Linton points out that because most direct mail appeals target people aged over 50, much of the sector's legacy income is brought in through this channel. He says an increasing number of mid-level donor direct mail programmes deliver four and five-figure gifts.

"The demise of direct mail has been predicted for many years, but it is yet to happen," Linton says.

Daniel Fluskey, head of policy at the Institute of Fundraising, believes direct mail will be used less for donor recruitment or acquisition in the future, but charities will continue to use it to communicate with existing supporters or people who are interested in particular causes.

Mark Phillips, managing director of the direct marketing agency Blue Frog, shares the view that direct mail will be used increasingly to target mid-level donors and for generating legacies. "There will have to be a focus on building connections rather than the grinding give, give, give that some charities have used," he says.

Mark Roy, founder of the data communications agency the REaD Group, also believes that direct mail will be used in an increasingly targeted way.

"When the audience is right, the response rates are good," he says. But the drawback of targeting only highly specific groups is that it's difficult to achieve the volumes charities need to generate a decent net income, he adds.

In January 2016, the lifeboat charity the RNLI became the first major UK charity to move to an opt-in-only system of communications. It found that although the response rate from its first appeal to supporters who had opted in was 33 per cent, compared with 10 per cent the year before, its net income from the appeal was just £526,000 - a third less than the £803,000 raised in 2015.

Joe Saxton (below), founder of the charity research consultancy nfpSynergy, says that the RNLI's new policy allows it to point to high levels of fundraising efficiency, but he's concerned that if too many other charities follow its lead they could find themselves struggling to make ends meet because of the reduced income. 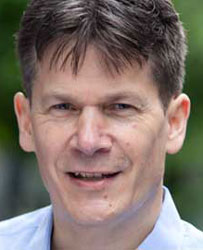 A more measured approach, Saxton says, would be for charities to adopt continuous donor choice - an approach that puts donors in control of the frequency and medium by which they are contacted. Camphill Family, which raises money for communities for people with special needs, is one of the few charities that has been doing this for some years. It found that almost 60 per cent of donors who opted to receive only one appeal a year from the organisation responded to its past two Christmas appeals, making an average donation of £60.

George Overton, head of fundraising and communications at the charity HCPT, which provides pilgrimage holidays, also endorses this approach. His charity recently adopted a new policy whereby it sends out a direct mail appeal to 11,000 people up to twice a year and a printed newsletter up to three times a year, each enclosing a postcard asking donors if they want to change the communications they receive.

proportion of fundraising complaints relating to DM (Fundraising Standards Board, 2015)

"The number of people who want to hear from us is dropping by a few hundred every mailing, but those people wouldn't be supporting us anyway," he says. "The opt-outs aren't having an impact on response rates or income and it costs us a lot less to mail fewer people."

The nature of the materials sent out to donors might also need to change. Derek Glass, a strategic planner based in Australia, believes charities in the UK are missing a trick by steering clear of premium direct mail - mailings that contain gifts. The British Red Cross is one of a minority of charities that still favours sending enclosures, a practice that some criticise because it can perceived as making people feel guilty if they don't donate.

amount charities invested in DM in year to June 2016 (Nielsen)

"It is no longer cost-effective to simply print a story - no matter how well it is told - on a piece of paper and post it," says Glass. "You can tell that story much better online, complete with video and audio, and it is much less expensive to send it to your donor online than it is to post it. The only thing that will be financially viable to print and mail in the next five years is premium direct mail."

However, most of the consultants Third Sector asked say the future for direct mail lies in building more of a connection with donors, rather than constantly asking for money. In fact, the IoF's Fluskey says a piece of addressed mail can have a bigger impact in an age in which an ever-increasing proportion of our lives is conducted online.

But Aldrich believes that direct mail won't work in isolation. Instead, he says, what will work is multichannel marketing in which charities use sophisticated analytics to determine who they are talking to and how they respond, then compose bespoke messages that they use across a range of media.

"Charities that have the strongest fundraising propositions and are talking to specific audiences that like direct mail are still making it work," he says.

So while it is likely there will be a further fall in direct mail volumes in the coming years and more charities looking to other fundraising methods, direct mail will remain a key part of the fundraising mix for many.

"The future is uncertain," says Coghlin of Cats Protection. "What we do know is that supporters recruited from direct mail tend to be good, loyal donors who, if treated right, can stay with the charity for many years."