Oxfam's online Christmas sales rose by more than a quarter

Sales at Oxfam’s online shop during the 2018 Christmas trading period rose by 27 per cent year on year, the charity has said.

The increase in online sales between 28 October and 29 December far exceeded the international aid charity’s high-street results – here sales rose by 1.3 per cent, although Oxfam reported that trading in the week before Christmas reached a seven-year high.

The charity’s range of brand-new, ethically sourced gifts and products, Sourced by Oxfam, helped to drive the growth, with sales of these rising by 48 per cent online. Eco-friendly products such as beeswax food wrap and e-coffee cups were particularly sought after.

Vintage clothing, the designer brands Burberry, Gucci and Chanel, and the high-street names Whistles and Boden were among the top search terms online, with cashmere, handbags, silver and first editions also proving popular.

Oxfam said the growth in online sales included a strong Black Friday promotion, although sales were reported as buoyant throughout the period. On Cyber Monday, a first edition of The Silver Chair by CS Lewis was sold just hours after it was listed online for £2,000.

More than 150 charities have signed up to a new text-giving service from Donr.

The new platform, which enables charities to accept up to £20 in a single donation by text, was launched in November, coinciding with the news that JustTextGiving was closing down.

Among those to have signed up to the service, which is free to join, are the armed forces charity SSAFA, the Scottish Wildlife Trust and the Country Food Trust.

Once signed up, a charity can choose its own text keyword – or multiple keywords for multiple campaigns – meaning it can now have a keyword that matches its cause and resonates with its audience.

"Text giving continues to be an important revenue stream for charities, especially as they target the ‘digital generation’ of donors," said Paul Paterson, chief operating officer at donr.

"We’re seeing new charities signing up every day through our online portal, so it’s clear that there is a demand for text giving. We are constantly evolving the service to make sure that it is the best text giving service out there – for both donors and charities." 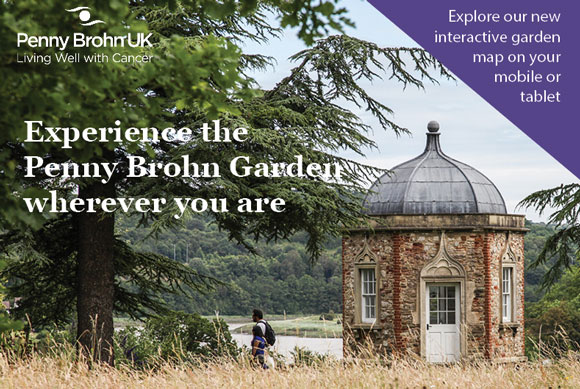 A cancer charity has opened an interactive garden as therapy for people living with the disease.

Penny Brohn UK worked with digital mapping company Nautoguide to develop an interactive journey around the gardens at its national centre near Bristol. Users can explore the garden via four routes, discovering information about the history of the garden and the plants and wildlife that live there. There is also an audio tour.

The charity was able to launch the tour after winning a competition launched by Nautoguide to celebrate Small Charity Week.

Hannah Sweetnam, brand and web marketing officer said: "The gardens at the National Centre are a big part of what we do at Penny Brohn UK; giving anyone affected by cancer the chance to explore nature and find a quiet place to relax.

"We were delighted to win the competition to work with Nautoguide to develop the interactive garden map and offer people living with cancer further opportunity to explore our beautiful gardens. It has been a pleasure working with the team at Nautoguide.