How the pandemic has changed charity donations

At the start of February, the British public stepped outside their front doors once more, to clap their hearts out in celebration of the incredible life of Captain Sir Tom Moore – a man who single-handedly raised £39M for the NHS.

The pandemic has changed the face of charity. Numerous individuals – and small organisations – have sprung up to help in the crisis and created a marked change in charity giving. Many of these new ventures are virtual, reach potential supporters through local community sites and targeted social media, and meet an overwhelming human desire to help out in a time of intense need.

New research of 1,000 consumer charity supporters has shown that 27% of those surveyed are now donating less, or have stopped donating completely, due to the economic fallout of the crisis. Yet those that are still giving are placing far greater emphasis on smaller organisations and those charities focused specifically on supporting the pandemic.

The study – carried out by data research specialist Loqate, which works with numerous charities, such as the British Heart Foundation, UNICEF and Macmillan – highlights how Covid-19 has changed consumer giving behaviour. It also hoped to shine a light on what all this could mean for the future. To present a clearest possible picture, Loqate spoke to a group of charity leaders to gain insight from the industry side too.

Not surprisingly, donating – like everything else – is moving firmly online. This is the most popular method of giving currently favoured by 35% of those who donate. Yet this, of itself, changes the game for many charities – now further forced to join the vast cargo of organisations targeting consumers online and competing virtually.

Like elsewhere, the most important thing for these organisations is to know who they’re speaking to and then to make it really easy for them to donate. This ultimately comes down to quality data, which degrades quickly, and frustrates people – or misses them entirely – if incorrect. Not to mention the penalties for charities for non compliance.

Yet starkly, two thirds (66%) of the charities Loqate spoke to “weren’t confident” or had “no idea” about the state of their own data. And only a third were confident their websites and donation pages were optimised to meet customer expectations. 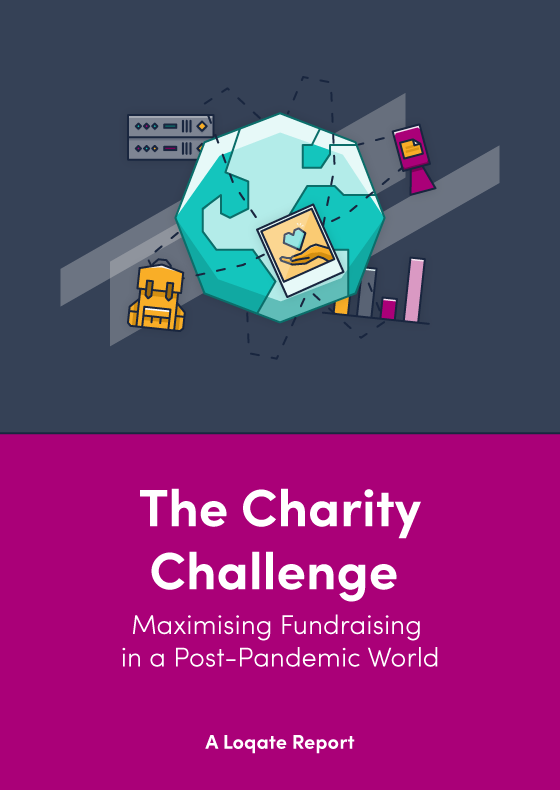 A mere year ago, it would have been inconceivable that a 99-year-old man would raise a Euromillions lottery jackpot for the NHS from walking around his garden.  Yet even since Captain Sir Tom Moore performed this incredible feat, things have changed quickly.

Now at the start of 2021, more individuals than ever want to do worthwhilethings for society and increasing volumes of people want to help fund these important causes. The challenge for the charity sector is to seamlessly bring these two groups together online – to help support those in the greatest need.