Plus: Facebook-hosted Hackathon generates digital idea for the RNLI

A video campaign from Oxfam highlighting how tax-dodging adversely affects the world’s poorest people has reached a wider audience after the release of the Paradise Papers.

The film, called The Heist No One is Talking About, shows a group of masked people entering a hospital and removing essential medical equipment from patients lying in critical condition and even a baby’s incubator, before closing with the line "When companies don’t pay their fare share of tax, poor countries are stripped of funds needed for vital services like hospitals".

The accompanying call to action on the charity’s site demands that the Chancellor the Exchequer activate public country-by-country reporting, "a change in the rules that would force multinational companies to be up front and honest about the taxes they pay, in all the countries they operate in".

The video was released on 30 October, seven days before the Paradise Papers, which have drawn attention to numerous people and organisations holding offshore accounts for tax purposes, started to be made public.

Oxfam said Heist had been viewed 1,586,750 times with a reach of 2.5 million people on Facebook, an engagement rate of 17 per cent and a conversion rate of 70 per cent for the petition action. The charity said there had certainly been "renewed interest" in the film since the Paradise Papers scandal broke.

The charity said its supporter relations team had responded to 2,761 comments relating to the video and supporting context since its launch on 30 October; on average, Oxfam would normally receive 2,600 comments in an entire month.

Although not directly referring to the Paradise Papers, Matthew Spencer, director of campaigns, policy and influencing at Oxfam, wrote in a blog post on 8 November that "big companies are starving governments of vital funds through their tax avoidance practices".

"We know from recent scandals that a number of MNCs [multinational corporations] can legally avoid tax on a massive scale," he said. "We need a better way of knowing where companies do business, what taxes they pay and if there's a risk that a company isn't paying its fair share." 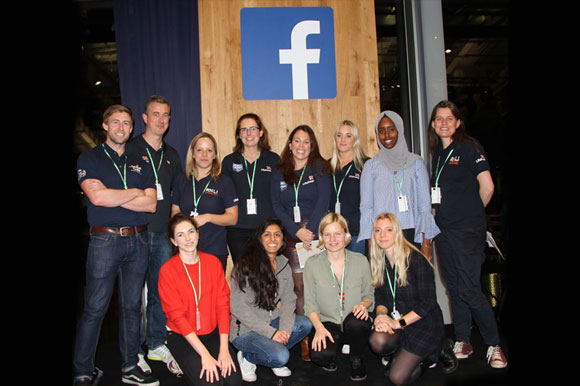 Facebook hosted a hackathon for the RNLI to find innovative ways for the charity to save more lives using new technology and digital platforms.

The event on 4 November, held at the social media company’s headquarters, was for women only and organised in conjunction with the Ladies That UX and GeekGirl Meetup groups, bringing together designers, engineers, content strategists and experts from other tech roles.

Ideas generated included virtual reality games, chatbots and wearable tech, with the winning concept focusing on using augmented reality to prevent people from getting cut off by tides. The RNLI said it would look at that idea and others generated at the event to see if they could be developed into life-saving products.

Martin Wilson, from the RNLI’s Innovation team, said: "It was great to see so many talented people give up a day of their weekend to develop innovative concepts that could help the RNLI to save more lives. There were some really great ideas for how we could enable communities to cut drowning numbers as part of their daily activity, which we’ll certainly be looking into in more detail.

"The winning idea proposed using augmented reality, linked to existing signage, to raise awareness of the risk of getting cut off by the tide. Scanning a QR code would provide mobile-friendly content to inform people when and how the tide comes in at those specific locations. It was a really great idea that we’re looking forward to exploring further with the team."