The perils of founder's syndrome

Many charity founders go on to manage their organisations for years without a hitch - but sometimes problems arise. Andy Hillier reports, and interviews Nina Barough, founder of grant-making charity Walk the Walk

Batmanghelidjh set up Kids Company in 1996 and has turned it into one of the most respected children's charities in the UK. Its services reach about 36,000 children in London, Bristol and Liverpool, and it has won numerous awards. 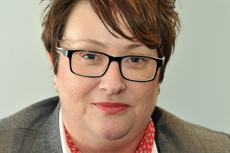 In little more than a decade, Cross turned BeatBullying into one of the UK's most innovative charities. But it folded suddenly late last year, owing creditors £1m, after expanding too fast and failing to secure government grants. 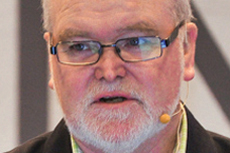 Henderson co-founded the aid charity in 2000. In less than 10 years, he turned it into an outfit with an income of just under £20m a year. But in the summer of 2012 he was dismissed as chief executive and allegations of fraud led to his current trial at the Old Bailey. 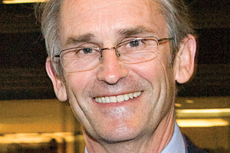 The charity for wounded military personnel was founded in 2007 by husband and wife Bryn and Emma Parry. Since then, it has grown rapidly and, in 2012/13, had an income of £34m. Bryn remains its chief executive and his wife is executive vice-chair of its trading arm. 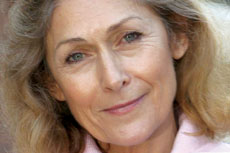 Sayer co-founded the disability charity in 1973 and turned it an enterprise with an income of more than £77m in 2013/14. Last year she stepped aside as chief executive, but continues to work for the charity part-time as founder-director. 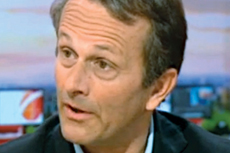 Co-founder Willoughby led the landmine-clearance charity for 26 years until he resigned last year. He had earlier been suspended after a "deterioration in relations" between him and the board over the governance of the charity.

Late last year, the award-winning anti-bullying organisation BeatBullying, led by its founder Emma-Jane Cross, became the latest founder-led charity to have folded or parted company with its founder in acrimonious circumstances. It hit a financial crisis and went out of business, owing about £1m to creditors and depriving service users of support.

Three years ago, the humanitarian charity ShelterBox dismissed its founder, Tom Henderson, from the post of chief executive over allegations that he tried to place orders with a company associated with his son John. Henderson was later charged with fraud, and the case is now being heard at the Old Bailey.

And last year, Guy Willoughby, the founder of the landmine-clearance charity the Halo Trust, stepped down from the role of chief executive. He had been suspended for several months after it emerged that he was receiving school fees for three of his children as part of his remuneration. The charity said there was no suggestion of any financial wrongdoing, but said that the payment of school fees had prompted the trustees to look at the governance of the charity.

Not all founder-led charities get into difficulties, of course. There are numerous examples of charities that have been successfully led by their founders for many years. At Kids Company, the director since 1996 has been the founder Camila Batmanghelidjh, and at United Response the co-founder, Su Sayer, was chief executive from 1973 until last year, and is still involved.

The governance consultant Stella Smith questions the wisdom of the founder taking on day-to-day responsibility for a charity. "Unless you have a strong counterbalance in the chair and a fixed term of office, I don't think it's wise," she says. "The great entrepreneurs, such as Sir Richard Branson, know they're great with start-up ideas, but they back off and get a chief executive to run the business. Founders need to be aware of their strengths."

More generally, she believes it's unwise for any one individual to have too much power at a charity. "It has to be bigger than one person," she says. "To avoid problems, a charity needs to set up strong processes and systems, and make sure that the skills and expertise do not rest with any one person."

Smith says that having an external coach or mentor can be important for founders who run their charities. "A founder can be so passionate about a particular cause that they can't separate themselves from the cause," she says. "A coach can help them manage and direct that energy, so that it doesn't become destructive of what they do."

Lynn Cadman, a governance consultant, says it can be a positive thing for founders to take charge of their charities, but much depends on what they are like. "The board of trustees has the responsibility for legal decision-making, so if you are a founder who takes up the role of chief executive, you have to have that willingness to step back and allow the board to take that role and that responsibility," she says. "Some find that quite challenging."

Major problems tend to arise, Cadman says, where there is a dominant founder and a weak board of trustees: "That can be a recipe for disaster. The board won't provide the challenge that is needed to keep the organisation heading in the right direction."

This view is shared by Benjamin James, a partner at the legal firm McCarthy Denning. "Problems arise when the trustees say 'it's the founder's charity and we have to let them get on with it'," he says. "That's abdicating their responsibility as trustees."

But James also argues that founders need to be protected from the trustees. "Sometimes it's the trustees who want to move the charity in the wrong direction," he says. "You have to give the founder protection while ensuring that the trustees have enough powers to meet their legal obligations."

Charities that are led by their founders should, he says, consider introducing a "Bushell v Faith clause" - a reference to the court decision that established the power of a board to remove the founder from the role of chief executive but also gave him or her an automatic right to become a trustee. "You don't limit the trustees' ability to remove the chief executive, but you protect the founder's right to remain involved," he says.

James also believes that charities should have trustees with the necessary skills to spot potential mismanagement. All too often, he says, this isn't the case.

"There shouldn't be a culture in a charity that allows founders to hide information, and the accounts reviewed by the trustees should really always pick this up," he says. "Trustees often don't have the experience to examine accounts and see that something isn't quite right."

Some charitable founders have left their organisations in a disgruntled frame of mind and aired their concerns in public. Before she died, Lady Ryder famously became embroiled in a public war of words with the Sue Ryder Foundation over the direction the healthcare charity she founded was taking.

Cadman says it's important to have a plan in place for when a founder moves on. "Offering the person an ambassadorial or presidential role can be a good way of keeping that person involved in the charity without them being actively involved in the day-to-day running," she says. "Both sides need to agree what that new role is and stick to what they agree. You can't have a founder just going off, talking to the press and ignoring the agreed protocol." 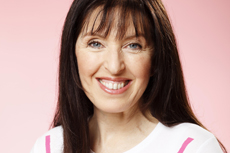 Nina Barough is the founder and chief executive of the Scotland-based grant-making charity Walk the Walk. It organises fundraising walks such as MoonWalk London, with the proceeds going to breast cancer charities.

Barough began taking part in fundraising walks in the mid-1990s. In 1997 she was diagnosed with breast cancer and two years later she set up the charity. So far, it has raised almost £100m.

Barough had previously run her own styling and production company, so she had experience of being in charge of organisations before setting up Walk the Walk. She says: "There's a big difference between setting up a charity and actually running one. Looking back, I realise that you have to have a good business structure in place."

She says she has enjoyed a healthy relationship with her trustee board, which has been willing to challenge her. "Given the nature of our fundraising events, we have to take risks, and my trustees have always been my sounding board," she says. "I'm my own biggest critic, but I expect and want them to question me."

Barough can't recall a time when she and her board have disagreed, but she says there have been occasions when they have sought more evidence before making big decisions.

She has no plans to step aside in the near future, but there's an agreement in place that when she does, she will have the right to remain involved with the charity. In addition, she says, she is building a structure that will help it to continue once she moves on. "Although the founder has the original vision, it's important to allow an organisation to look forward and enable it to progress, develop and grow," she says.