So says the Charity Commission, but an appeal to the Supreme Court might change this

Two recent cases have called into question the Charity Commission's policies for publishing the details of its investigations into charities. 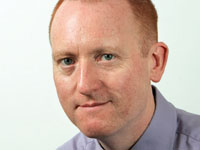 Last month, Third Sector reported that Dominic Kennedy (right), a journalist at The Times, had been given permission by the Court of Appeal to appeal to the Supreme Court in a dispute over the regulator's refusal to publish its correspondence with the Mariam Appeal, a group founded by the former Labour MP George Galloway.

The previous week, Jon Trickett, the shadow Cabinet Office minister, had criticised the regulator for deciding not to publish the details of its investigation into Atlantic Bridge, the charity founded by the former defence secretary, Liam Fox.

The Charity Commission gave different reasons for not publishing in the two cases. It said the Mariam Appeal correspondence was obtained in the course of an inquiry into the charity, and the Freedom of Information Act contained an exemption for information gathered in this context.

In the case of Atlantic Bridge, the commission said its information came from the charity's trustees and that publishing could make trustees in general unwilling to offer information to the regulator in future.

The cases raise the issue of what information the commission should make public, and how. Rupert Earle, a partner at the law firm Bates Wells & Braithwaite, which is acting for Kennedy, says the rule that material obtained during an inquiry is exempt from Freedom of Information Act requests was "unnecessarily extensive". The exemption can continue for 30 years, when the information will pass into the National Archives.

"It's sensible to have an exemption while the inquiry is open," Earle says. "But once it is over, there is no need for the documents to be kept private."

Earle says Kennedy first asked the commission for the documents in 2007. He says Kennedy had continued to seek them after Galloway ceased being an MP, because "it is about the principles and the precedent".

Not all charity lawyers agree with Earle's case, however. Nicola Evans, a senior associate at the law firm Bircham Dyson Bell, says there are good reasons for the Charity Commission to keep some information confidential if it has been gathered during its investigations into charities.

"It is important that charities can deal freely with the commission," she says. "Sometimes it asks trustees to hand over sensitive information about beneficiaries, or information that is commercially sensitive. It would make the job of trustees and the commission harder if the charity was worried that the information could be made public."

Evans says she is broadly supportive of the commission's stance on publishing information, and would also be uncomfortable about it publishing details of its inquiries with sensitive information redacted.

"The commission would need resources for the redaction process, and it could go wrong," she says. "What we want to avoid is a situation in which charities that have done nothing wrong but have been the victims of unfounded allegations get pushed into the media spotlight and have their information made public."

It remains unclear whether - or how - the commission's policies on publishing information might change, although the government is currently emphasising a need for transparency. The outcome of the Kennedy case could set an important precedent.