The precarious existence of medium-sized charities

Why is it that organisations in the £100k-£1m income bracket are finding it harder to survive? Sam Burne James investigates

Nick Hurd, then Minister for Civil Society, was first alerted to the squeeze on medium-sized charities in late 2012. In May 2014 the Office for Civil Society consulted on a new fund, expected to be worth at least £40m, to support the sustainability of voluntary, community and social enterprise organisations. The OCS said it hoped to publish a summary of responses and its own response in late summer. This has still not happened because the Treasury is yet to give its approval, although the OCS hopes the fund will be launched and open for applications by the end of this financial year.

Controlling public spending is a priority for the current government – so when it launches a £40m fund to support a narrow section of the voluntary sector, it can only be for a good reason. That reason is the fear that many valuable medium-sized charities that rely on shrinking public funding while experiencing increased demand are finding themselves in a precarious situation.

Medium-sized charities are defined in the National Council for Voluntary Organisations' UK Civil Society Almanac as those with annual incomes of between £100,000 and £1m. Charity Commission data shows that in England and Wales there are about 25,000 medium-sized charities with a total income of nearly £7.4bn. The most recent almanac, which covered 2011/12, said 54 per cent of these charities received government money totalling £1.9bn. Public spending has since declined, and further cuts loom.

Karl Wilding, director of public policy at the NCVO, says the squeeze on medium-sized charities goes back further than the current austerity measures. "It's a long-term trend, not a recent development," he says, adding that the problem is intensifying and many medium-sized charities are surviving only on a "treadmill of chasing contracts".

But they find it tough if they have to compete with larger counterparts, Wilding says: "Everybody's looking for outcomes, and it tends to be the bigger charities that have invested in data and outcome measurement." Wilding believes the trend for contracts to be won by larger charities is a bigger threat to medium-sized charities than overall falls in public spending.

Andrew O'Brien, head of policy and public affairs at the Charity Finance Group, says the squeeze seems to be a bigger problem for city-based charities, which have higher operating costs, and those in northern cities are particularly vulnerable. But some medium-sized charities might be contributing to their own plight, O'Brien says, by failing to operate full cost recovery when delivering public services. "There are still a lot of charities subsidising these services because they want to help their beneficiaries," he says.

The tightening of public purse strings might be the major factor in the squeeze, but other issues are also in play. Medium-sized charities often do not have the branding, marketing and fundraising capacities of large national charities, nor the close connections to localities that smaller charities might have. Other issues include spiralling pension liabilities and dwindling reserves: many charities will have dipped into this finite resource to keep going over the past few years.

Although it is generally agreed that there is a squeeze on medium-sized charities, evidence for it tends to be anecdotal. Ciaran Price, policy officer at the Directory of Social Change, says: "The squeeze affects everyone, but it's debatable whether there is sufficient data to underpin a special case for medium-sized charities." Figures from accounts submitted to the Charity Commission, analysed by the Charities Aid Foundation, suggest that the finances of medium-sized charities have begun to recover; they recorded an aggregate surplus in 2007 of £322m, which halved by 2010, turned into a £47m deficit in 2011 and climbed to an £86m surplus in 2013.

Nevertheless, Price welcomes the creation of the fund, though he says it "should not be about sustaining charities per se but rather about ensuring vulnerable people who need the services of charities continue to have access to them". O'Brien of the CFG says broad changes to commissioning practices - something the NCVO has also called for in its election manifesto - would alleviate the squeeze. This could include national and local government breaking contracts into smaller lots that would be within the reach of smaller charities, better enforcement of the social value act and better liaison by government bodies with potential bidders. "There are so many stories of smaller charities that don't hear about contracts in advance and are suddenly invited to tender," says O'Brien.

He says the government could behave in a more strategic manner and build into its contracts a requirement that charities consider their own long-term strengths. "If you're thinking strategically about who will be in a position to deliver this service in the future, you will need to look at that," he says.

But contracts are just one part of the picture, according to David Hopkins, a senior adviser at CAF. He says he receives several phone calls a week from medium-sized charities that want to diversify their incomes. Diversity breeds sustainability, and Price at the DSC says the fund could be used to help charities buy income-generating assets. Many charities feel they should invest in fundraising, although Hopkins says this might not be the best way to create diverse income streams, because fundraising operations might take time to become profitable.

Hopkins says medium-sized charities with beneficiaries to take care of and services to deliver often struggle to find the time to think strategically; but increasingly they might be waking up to the need to plan for their future rather than sleepwalking to the end of a contract. "Investment in helping medium-sized charities find time to come up for air would be really welcome," he says. "The charities that will survive are the ones that think ahead and are clear about what their proposition in the market is."

The Greater Manchester Pay and Employment Rights Advice Service was set up in 1986 and closed in 2013. Its core services were the provision of advice by phone, through fact sheets and other resources. It also carried out research and campaigning.

In recent years, the service received a regular grant of about £140,000 from the Association of Greater Manchester Authorities, an umbrella body for 10 local councils.

The service's accounts for the year to March 2012 said its AGMA funding had come to an end and, if alternative sources of funding could not be found, the trustees had decided that it would use its reserves to continue operating until early the following year, when it would close. The charity eventually applied to be struck off the register at Companies House in August 2013 and was removed from the register of charities in January 2014. 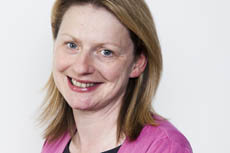 Helen Walker (above), chief executive of TimeBank, says that after it lost the OCS funding it considered a variety of options, including working more closely with other volunteering and mental health charities, merger and closure. Eventually it decided to continue operating, but to focus on a narrower set of services than before. "Our vision and mission remained the same but our route to achieving them was different," she says. "Our support staff team was honed down to skeletal proportions - we spent several years living on the edge, constantly studying the spreadsheet that spelt out how long we had until we had to make the decision to close responsibly."

Walker says she is considering making an application to the new OCS fund when it opens. "It would support those hard-to-fund core costs, buy us the time and space to plan more strategically and allow us to help more vulnerable people at a time when their need is even greater," she says.