'Profit with purpose': the dispute over doing well while doing good

Is it possible to lock social goals into the structure of for-profit businesses? The questions has polarised opinion among proponents of the social economy, as Stephen Cook reports

At the turn of the century, a Millennium Commission competition for a £100m lottery fund award was won by UnLtd, a consortium that wanted to set up a source of grants for social entrepreneurs.

It consisted of seven organisations, but two resigned by 2009, leaving the School for Social Entrepreneurs, the Community Action Network, Changemakers, Comic Relief and Senscot. Each founder could nominate a "member" trustee and there were nine "independents". The members could not chair the board or committees, but retained the ultimate power.

UnLtd has over time doubled the number of its grants and now also provides cash and coaching to more than 100 organisations, from universities to housing associations.

But a 2012 paper by the founder members said UnLtd had progressively abandoned its core mission, opposed organisations that were its natural partners and "hoovered up" resources.

A paper by Rodney Stares, the founder member from Senscot, also said grants to for-profit organisations were an inappropriate use of public resources and an asset lock of some type should be a condition of any Millennium Awards Trust funding.

A subsequent governance review recommended that all trustees should have the same status. Rather than use their power to block this, the founder members in 2013 voted with the independents for the change. Trustees from all but two founders have now resigned.

Prior says all UnLtd's activities are within its remit, its partnership working has expanded and the money it raises is mainly distributed to other organisations; the previous board structure was not "desirable, healthy or sustainable", and it is now more agile.

Can social benefit be combined with making a profit? The question has been sharpened recently by growing interest in the concept of "profit-with-purpose" businesses, which do not follow the traditional social enterprise model that locks in assets and restricts the distribution of profits.

Instead, they are usually companies limited by shares, which can accept equity investment and allow for distribution of profit; but they also try to lock in their social purpose by other forms of commitment and their reporting systems.

"It is one of most significant debates about the scope of the social economy, not just in the UK but globally," says Cliff Prior, chief executive of UnLtd, a charity that supports social entrepreneurs in the UK. "It doesn't matter where you go in the world, if you stand up at a social investment conference, this will probably be the first question – what's allowed, and what's not allowed."

UnLtd has been at the centre of the debate because it has attracted criticism for giving an increasing number of its grants to people who run social businesses without asset locks. Two of the founder trustees of UnLtd recently resigned from the board over the issue – those from CAN, which provides office space and business support for the sector, and the Scottish social enterprise network Senscot.

The argument apparently came to a head when in July 2012 the UnLtd board considered an internal report that showed that, between May 2008 and December 2011, 25 per cent and 37.5 per cent respectively of the stage two and three grants (the larger ones) from its main fund, the Millennium Awards Trust, went to companies limited by shares. The proportion in Big Venture Challenge – larger UnLtd matched awards made with Big Lottery Fund money – was 44 per cent.

Prior points out that the percentages refer to a total of 19 out of 70 stage two and three MAT awards, and that in the same period 2,671 MAT awards were made (most of them were small stage one awards to entrepreneurs who had not yet decided on a legal form for their business). Profit with purpose is only one of a range of models being pursued, he says.

'Structures can be subverted' 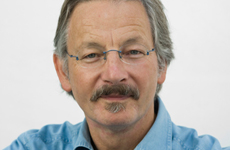 But Rodney Stares (left), the treasurer of Senscot and a trustee of UnLtd until March 2014, thinks the figures show UnLtd has drifted too far from its original purpose of supporting local social entrepreneurs. "My argument is that there is no way of locking in the social purpose," he says. "They've had lawyers working on it for two years, looking at concepts like 'trust engines'. But nothing has been reported back. If there's ill will, almost any structure can be subverted.

"The data in that July 2012 report is now nearly three years out of date. For various reasons, I doubt that less is currently going to non-asset-locked structures than then – probably more."

Prior accepts that the proportion going into profit-with-purpose businesses is going up and attributes this to a surge of popular interest in this kind of business. He quotes Royal Bank of Scotland figures that one in five entrepreneurs want to commit themselves to social benefit, and two-thirds of the rest want to support social causes.

However good charities and social enterprises are, there is a big gap between the available solutions and the scale of problems in society

"This is big population-level interest," he says. "It's been observed very widely, this idea of doing good and doing well. Some people say no, people shouldn't do this, they should be charities and social enterprises. We've said we need to get alongside these people who are committing to social purpose and social benefit, understand their motivations and their results, and make this wonderful initial commitment into a long-term commitment, ideally fully locked in.

"However good charities and social enterprises are, there is a big gap between the available solutions and the scale of problems in society. If we can find another set of people and methods by which that gap can be closed, that's massively important."

One experienced observer of social enterprise, who asks not to be named, says the argument over profit with purpose has been going on for some in private but is now coming out into the open.

The source says some fear that public money is being channelled into enterprises that might change or be taken over when the original entrepreneur is no longer there: "No one would care if bottled water, say, went into private ownership; but if it was a public service, people would care a lot about where the profits go.

"When people see money for social purposes going to companies limited by shares, even if the intentions are honourable, they are worried. Some agree with Cliff that you need to go into the mainstream rather than staying in a small tent with an alternative culture. Others say that's to abandon the whole point of the social economy."

So how can social purpose be locked in? The main ways, says Prior, are writing it into the company's articles of association, making it part of the fiduciary duties of the directors and preventing any change to either without a "super-majority" of 90 per cent of shareholders.

Another is to measure achievements against objectives, using an accredited standard. One potential model for such a standard is B Lab, a non-profit organisation in the US that certifies whether businesses meet agreed standards of transparency, accountability, sustainability and performance, "creating value for society as well as shareholders".

Prior says: "This is about locking in the social, not locking in the profit. What we're looking at is whether you can see these as separate axes, not one spectrum. Typically, you see charities at one end, businesses at the other and social enterprises somewhere in the middle.

"But how social you are and how much profit you distribute are different things, and if you can make that system work you can get social ventures that need capital investment to grow much more quickly because you can use the investment market.

"There are some areas where that is really important, either because it's an emergency or because there are fully commercial competitors; if they get to the market first, it's lost to social benefit. If the social venture gets to market first, it stays social – that's a good thing."