Refuge has launched a hard-hitting Christmas campaign aimed at turning attitudes to domestic violence on their head.

Each advertisement features a poem that conjures up a cosy picture of family life at Christmas. But, when read from the bottom up, the lines reveal the horror of a household living with domestic violence.

The domestic abuse charity's call to action is: "If your partner turns on you, turn to us." 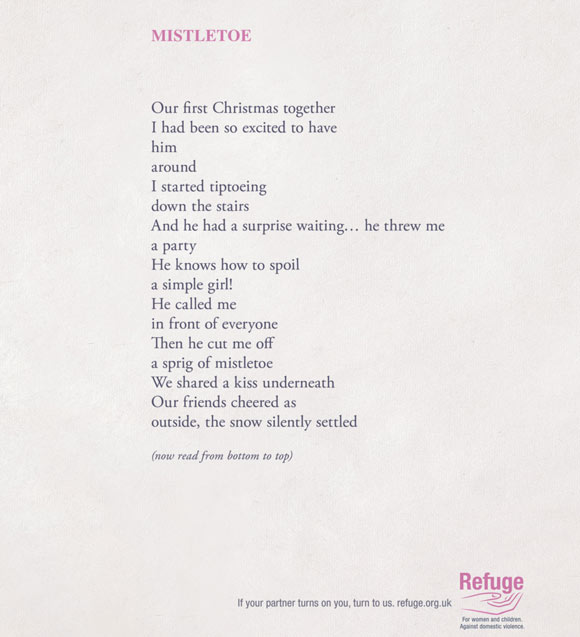 Made pro bono by the agency McCann Bristol, the work is running across press, radio, poster sites and social media, with full-page adverts appearing in Woman’s Own, Marie Claire and Bella. TV and cinema activity is due to launch soon.

One in four women will experience domestic violence in their lifetime, Refuge's research shows. It says that two women a week are killed at the hands of a partner or ex-partner in England and Wales, and on average another three women commit suicide each week as a way of escape. 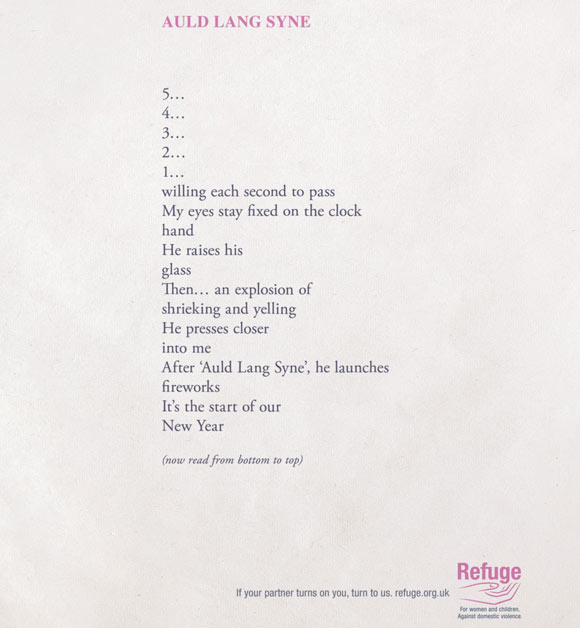 Sandra Horley, chief executive of Refuge, said: "Domestic abuse is the biggest issue affecting women and children in this country today – it really is a life and death issue. Yet still too few women know how to spot the signs of domestic violence, realise that domestic abuse is a crime or know that Refuge is here to support them.

"We want women to know that, no matter what time of year, no one should suffer in silence and they should ‘turn’ to us for support."