As far as communications crises go, the latest Oxfam scandal has it all: public and media outcry, criticism from corporate partners and serious questions from parliament and regulators. PR chiefs discuss the charity's response, what it should do now and the wider communications lessons.

The charity has been left fighting fires after a full-scale investigation in The Times revealed several employees were regularly paying local sex workers in the aftermath of the devastating earthquakes in Haiti.

Oxfam investigated the whistleblower claims of bullying, harassment, intimidation of staff and serious sexual misconduct at the time. Four people were fired as a result and three resigned.

However, the charity has faced widespread criticism in recent days for its failure to disclose the sexual nature of the allegations to regulators.

After The Times story, the charity has committed to a raft of changes to address the handling of sexual abuse cases, including strengthening the recruitment vetting process, establishment of an independent whistleblowing helpline, and a commitment to report issues appropriately. On Monday afternoon Oxfam's deputy chief executive, Penny Lawrence, resigned from her post.

Oxfam has promised to overhaul its recruitment and vetting as it faces meetings with government and the charity regulator this week over the Haiti scandal https://t.co/Ww9ObuUDsf

However, the damage to Oxfam’s reputation is extensive and the company has many challenges ahead.

Since the initial investigation in 2011, several former employees involved in it have moved to other charities. Their new employers have spoken out, stating that Oxfam failed to make them aware of the situation.

Mercy Corps, which employed one of the men fired for downloading pornographic and illegal material, has even said it received a positive reference from Oxfam in 2015.

Corporate partners of the charity, including Waterstones and Heathrow Airport, have also raised serious concerns.

James Daunt, managing director of Waterstones, said: "It’s reprehensible and beyond comprehension. It sounds as though what went on in Haiti betrays the fundamental values of Oxfam. I expect Oxfam to give a full and frank explanation and, if there is something to apologise for, to apologise."

Heathrow Airport said: "We are in touch with the charity and are taking this matter very seriously."

Government funding on the line

The Department for International Development is reviewing its work with Oxfam, with the international development secretary warning that the charity could lose its annual funding.

Even the Prime Minister’s office has got involved. A spokesperson for Theresa May said: "We want to see Oxfam provide all the evidence they hold of the events to the Charity Commission for a full and urgent investigation of these very serious allegations."

A spokesman for the Charity Commission said: "Our approach to this matter would have been different had the full details reported been disclosed to us at the time."

Lessons for the industry – the long-term nature of the scandal

For the comms industry, a crucial lesson is that seemingly resolved crises can re-emerge at any time. For PR agencies, it shows the importance of having full and frank discussions about past issues, even if the client thinks they have been dealt with.

Another lesson is that clients need to involve comms professionals at a high level as early as possible. 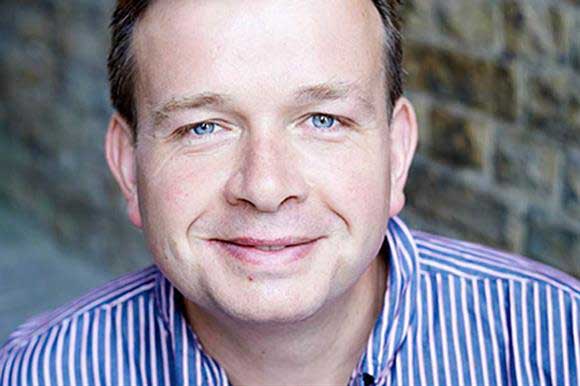 Peter Gilheany (above), PR director at Forster Communications, says: "Search engines have very long memories. Any high-profile organisation that expresses an opinion or has a position on a specific issue should have already considered and addressed any skeletons in the cupboard that might be dragged up to subsequently embarrass them, hold them to account or accuse them of hypocrisy. If that organisation treats comms as a function in service to its corporate approach, then it is going to fall at the first hurdle."

In practice, this means that organisations need to take transparency more seriously. While no company wants to talk publicly about issues such as this, it’s important to think about the longer-term.

Shimon Cohen, founder and chairman of the PR Office explains: "When faced with evidence of wrong-doing, charity decision-makers need to reflect carefully on whether the short-term pain from ‘coming clean’ immediately will be preferable to the longer-term harm to their reputations that comes if and when there is any appearance of a cover-up."

Jolyon Kimble, a director in APCO Worldwide’s crisis management team, agrees. He says: "Oxfam could probably have got more balanced coverage if it had publicised the sackings in 2011, as it would at least have got credit for acting fast and it wouldn’t have been such a big story. Sadly, risk-aversion often leads to bad decisions like this and, if they are not careful, in-house communications departments can all too often aid and abet these bad decisions.

"Our advice to clients is to be brave: it’s always better to face up to a bad news story quickly. You need to apologise if you got it wrong and at least get your perspective and messages included when the story breaks, rather than risk an investigation and retrospective exposé."

Even Oxfam’s current chief, Mark Goldring, has admitted the situation could have been handled better, although he denied Oxfam had covered anything up. Speaking to BBC Radio Four, he said: "With hindsight, I would much prefer that we had talked about sexual misconduct."

Lessons for the industry – the charity sector

Any corporate will be wary of scandal, but it’s fair to say that the charity sector is held to even more stringent standards than most. As such, organisations are advised to review their CSR policies in detail, to make sure they are fit for purpose.

Gilheany explains: "Recent controversies such as Kids Company, Olive Cooke and this one with Oxfam should have hammered home the imperative for them to take their own CSR very seriously indeed. Larger charities especially should be going way beyond compliance when it comes to their own working practices and transparency, even where there are implications operationally or on potential funding. They owe it to their own staff, volunteers, donors and especially their beneficiaries.

READ NEXT Oxfam timeline: How the Haiti scandal unfolded

The story is likely to roll on, with charities facing increased scrutiny from the regulators, media and public on issues related to sexual discrimination, harassment and abuse. New figures have already come to light showing that more than 120 workers from UK charities were accused of sexual abuse in the past year.

Cohen says: "We will probably see more charities glancing nervously over their shoulders, taking a second look at difficult decisions reached over the past few years and taking a view on whether they need to be more proactive and get on the front foot in terms of disclosing what went wrong and what remedial action they have taken, before the media comes knocking."

And that burden will not be faced by Oxfam alone. Simon Francis, founder member of Campaign Collective and chair of the Public Relations and Communications Association's charity & not-for-profit group argues that the whole sector must respond rapidly on this issue.

He concludes: "What’s most concerning is how mainstream media are using this distressing example to criticise the whole sector. International aid NGOs will have to work even harder to have their good work noticed by the public now. The sector must respond fast to stop this escalating."