Changes to judicial review will harm campaigning charities, lawyers such as Melanie Carter have warned

In a speech to the Confederation of British Industry last November, the Prime Minister, David Cameron, announced plans to alter the judicial review process. Such reviews in the courts allow individuals and organisations to challenge the lawfulness of a decision made by a public body, focusing on the way the decision was made rather than its merits. Many of them were "completely pointless", Cameron said.

He announced plans to reduce the time during which individuals and organisations can apply to bring a review and said there should be charges for applications "so that people think twice about time-wasting". In December, the government held a six-week consultation and then announced a number of changes, including a new fee for some judicial review hearings. 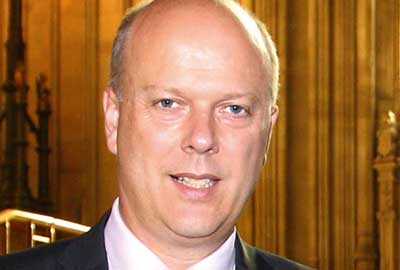 Last month the justice secretary, Chris Grayling (right), wrote an article for the Daily Mail newspaper announcing a new consultation on further changes to the process. Grayling wrote that campaigning groups, including charities, used the process as "a legal delaying tactic for something they oppose". The changes proposed by this most recent consultation, which closes on 1 November, could introduce more stringent tests to decide who can bring a judicial review and to make the process more expensive for campaigning groups and charities.

Giving evidence to the Panel on the Independence of the Voluntary Sector earlier this month, Ravi Low-Beer, a solicitor at the charity the Public Law Project, warned that the government's proposals on who can bring a review could exclude charities, which often sought reviews on behalf of beneficiaries and did not always have a direct interest. As a consequence, the scope for charities to bring reviews could be "diminished to almost zero", Low-Beer told the panel.

Melanie Carter, a partner at the law firm Bates Wells Braithwaite, says the government has identified that only 50 out of about 12,500 judicial reviews a year are brought by charities and campaign groups. "We are concerned that this is actually about stifling and suppressing challenge," she says.

There are instances when a charity is "best placed to challenge a government decision because it relates to issues the charity is concerned with", she says, and these would be restricted under the proposals.

Carter says the government is also proposing changes to protective cost orders, which protect those bringing a case from adverse court costs. The changes would restrict such orders to participants with a private interest - which charities rarely have.

The changes to the rules about who can intervene in a judicial review will also affect costs, Carter says. Currently, if a charity wants to intervene it has to pay only its own costs. But under new proposals, if an intervention causes the other parties involved to incur additional costs, these would have to be met by the charity. "If civil society can't mount legal action to challenge public sector decisions and individuals can't step in, then we don't have the safeguard of the rule of law," says Carter.

Chris Tyrrell, legal director at the law firm Hill Dickinson, agrees that charities will be most affected by proposed changes to the rules on who can bring a review. "In the past, charities could do so simply by demonstrating they had a sufficient interest," he says. "Now the test has changed to a direct interest, which I suspect will have a major impact. The question is whether it's an impact that is proportional to the actual problem."