It's been a mixed year for charities, particularly for their fundraising activities. Andy Hillier examines the major themes

"Big charity is becoming a monster"

Libby Purves, the Times columnist, writing about the death of Olive Cooke

"The Charity Commission isn't cherishing the sector and the sector's independence; it is fettering it"

More - but not better - media interest

Charities have long complained that they don't receive enough coverage in the mainstream media. Well, in 2015 their wish came true as they featured on the front page of the Daily Mail almost as often as asylum seekers.

This was not the positive coverage yearned for, of course, but a tabloid charity-bashing that, justified or not, gathered momentum and soon had the reputation of the sector going down almost as fast as Titanic. It was not a pretty sight.

The trigger for much of the outrage was the tragic suicide of a nonagenarian from Bristol in May. Until her death, Olive Cooke had been known, if at all, for being Britain's longest-serving poppy seller. But that changed when the tabloids decided that Cooke had been driven to jump into the Avon Gorge because she was inundated with hundreds of requests for donations.

It emerged at the inquest that it was ill-health and depression that had led Cooke to take her life, but that didn't stop the media, then politicians, declaring open season on charity fundraising. The Fundraising Standards Board also received hundreds of complaints and its chief executive, Alastair McLean, was on the BBC so many times that he was a candidate for a staff pass.

David Cameron, no less, waded in with talk of "rogue fundraisers" and "frankly unacceptable" fundraising practices. Thanks, Dave. Sir Stuart Etherington, the sector's knight in shining armour - well, a pinstripe suit and braces, to be more precise - was eventually asked by the government to conduct a review, which concluded that the FRSB had about as much bite as a Chihuahua (although it expressed this more tactfully).

A new Fundraising Regulator is now being set up, along with a Fundraising Preference Service that will enable the citizens of Britain to opt out of all charity telephone calls and direct mail at a stroke. The FPS is attracting hostility, however, including comparisons with John Major's ill-fated Cones Hotline of the early 1990s: talk about going for the jugular.

It's been an uncomfortable time for the Institute of Fundraising, which has frantically been tightening up its code of practice only to have it snatched away by Etherington and handed to a new, independent body controlled by non-fundraisers. Earlier in the year it had been exploring the possibility of chartered status, which would put it on a par with other exciting professional bodies such as the Institute of Materials, Minerals and Mining.

But there were some reasons for fundraisers to be cheerful. In November, the Charities Aid Foundation declared the UK the most generous nation in Europe because 75 per cent of the population had donated to charity in 2014. It remains to be seen whether they will continue to do that, or sign up to the FPS when (and if) it launches.

The year ended with another media attack on charities. Research from philanthropist Gina Miller’s True and Fair Foundation, published on the front page of The Daily Telegraph in December, found that one in five charities spend less than half of their income on charitable activities. The sector was swift to respond, criticising the research as "flawed" and accusing Miller of putting self-promotion before "accuracy". Perhaps it’s a sign that charities won’t be so meek in 2016.

POLITICS: Election fever and a problem with briefs.

The year began hopefully for the nest of scheming Labourites who, say some on the right, occupy the top roles in UK charities: the pollsters had the Conservatives and Labour neck-and-neck on the eve of the general election.

But the Tories surprised everyone, including themselves, with an outright win, leaving the sector's left-leaners to bin their Ed Miliband "hell, yes" T-shirts and start revising the lexicon of austerity. And then there was Jeremy Corbyn.

The principal Labour election pledge for the sector was to repeal the lobbying act. Come September, the Commission on Civil Society and Democratic Engagement concluded that charities had indeed cut down on speaking out in the election period - which was probably just what its proponents had in mind.

The Conservatives went into the election with some big policy promises for the sector. The first one was to give public sector staff and those working for large employers in the private sector three days' paid volunteering leave. But both charity and private sectors complained about the potential costs. Eight months on, the government remains deafeningly silent on this one.

Second, in a wobbly moment, the Tories said they would extend the right-to-buy scheme to tenants in housing association homes. Unfortunately, no one had thought to consult the housing associations first or understood that such a move could infringe under charity law. Whoops. Months of heated negotiations later and a compromise was reached: housing associations only had to sell off properties if they wanted to.

After a turbulent 2014, when charity ministers appeared and disappeared faster than Brooks Newmark's boxer shorts, 2015 was quiet on the appointments front. Rob Wilson (left) was eventually reappointed as charities minister after the general election.

However, we were treated to not one but two new shadow charities ministers after Labour's election drubbing. In the furore that followed Corbyn's election as leader, it was announced that Ian Lavery, MP for Wansbeck in Northumberland, had been appointed shadow minister for civil society, with an expanded brief that would also cover trade unions.

But then the party revealed that there had been a mix-up and Anna Turley (right), MP for Redcar, was actually getting the charities brief. Nice to see the sector was not exempt from the confusion surrounding the Corbyn regime.

The government did finally manage to launch the eagerly anticipated Local Sustainability Fund to help medium-sized charities, but when it arrived it was worth only £20m - half the amount initially expected. The sector did its best to show gratitude through gritted teeth.

GOVERNANCE: Inquiries up and Muslim charities are a hot potato

The Charity Commission kept up its mission to get tough on errant charities, opening more inquiries than Juliet Bravo - or perhaps that should be Paula Bravo, after its no-nonsense chief executive, Inspector Sussex.

One of the operational case reports it published in the year concerned Beatbullying, the charity that had enjoyed much government praise and funding before going belly-up at the end of 2014. The commission concluded that the trustees had made decisions a reasonable body of trustees would make, and had fulfilled their duties.

The question of any bias against Muslim charities, perceived or actual, continued to raise hackles on both sides, and the commission's chair, William Shawcross asserted that it was "not targeting Muslim charities unfairly or disproportionately in any way whatsoever". This one is unlikely to go away.

One of the hottest potatoes the commission handled during the year concerned Cage, a Muslim organisation that advocates for what it calls "victims of the war on terror" and has been financed by several grant-making charities.

Fuelled by outrage among its board members, the commission's muscular intervention with one of those charities, the Joseph Rowntree Charitable Trust, led to a judicial review in which the Lord Chief Justice criticised all involved for wasting public and charitable money. 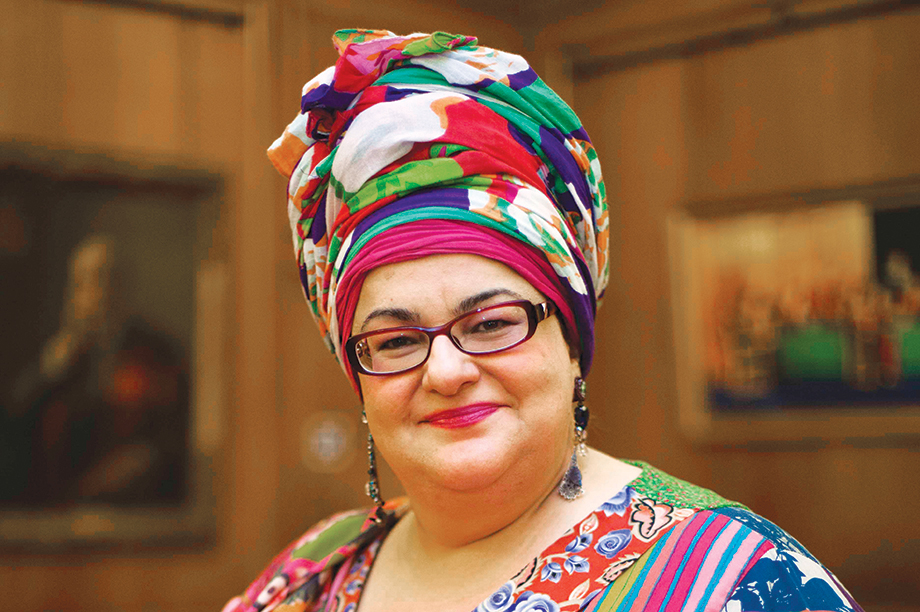 "On what basis have you decided this was a 'failing' charity?" enquired Camila Batmanghelidjh (left), the founder and former chief executive of Kids Company, of the Public Administration and Constitutional Affairs Committee. To which its chair, Bernard Jenkin MP, responded: "Because it has gone bust."

The exchange summed up a disastrous year for the charity. Activities such as handing out money to young people in brown envelopes were splashed across the newspapers, and the government was obliged to justify why it had awarded the charity £42m of central funds. The charity closed in August after police began inquiries into alleged sexual abuse by some staff - which the charity strenuously denied. Closure came the day after the Cabinet Office had given it an additional £3m, which it is now seeking to recover from the liquidator.

The National Audit Office and a select committee of MPs have so far produced reports on the affair, confirming that Kids Company enjoyed the kind of lucrative relationship with ministers that other charities only dream of. In the end, however, this particular dream became a nightmare. 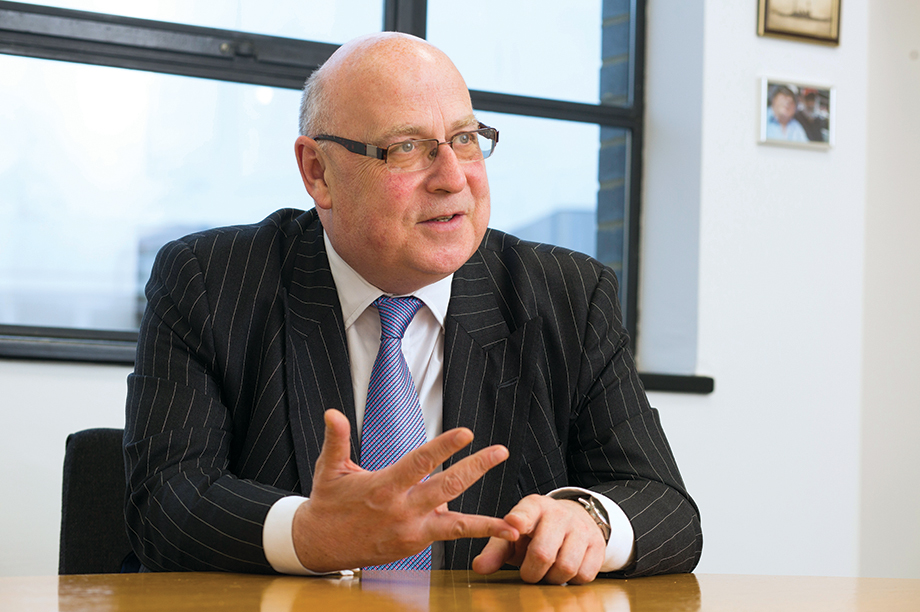 So is Sir Stuart Etherington (right), a poacher turned gamekeeper? The long-serving chief executive of the National Council for Voluntary Organisations raised the question himself when the Public Administration and Constitutional Affairs Committee was grilling him during its inquiry on charity fundraising in November. Were you conflicted when you conducted the review of fundraising regulation, he was asked, given that the NCVO reflects the charities that had been flouting the rules?

"Well, it is an interesting question, isn't it?" responded Etherington. "Poacher turned gamekeeper. But my view, when I was asked to conduct a review, was it was quite important that somebody who understood the sector broadly came to some conclusions about the best way forward. I thought it would be more persuasive to the sector."

Etherington had, in effect, put himself in pole position to conduct the review when he used his speech at the NCVO's annual conference in June to read the riot act to the world of fundraising in the wake of the media outcry over the Olive Cooke case. He said it was no longer tenable for the Institute of Fundraising to be both a trade body that championed practitioners and the custodian of the Code of Fundraising Practice, used as the basis for the self-regulatory system. (Was this a case, perhaps, of being both poacher and gamekeeper?)

It was the first time someone from within the sector acknowledged there was a systemic problem and called for radical action, so it came as no surprise he was chosen soon afterwards to conduct the review.