Is the rise of 'purpose' a wake-up or a shake-up? 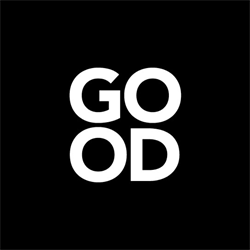 Real change begins with good conversations. As part of its recent webinar, Change Conversations, creative agency GOOD invited panellists to discuss the rise of purpose in both the private and charity sectors, the resulting threats and opportunities, and how this could add value for both sides.

The Change Conversations event was moderated by Nilesha Chauvet, managing director of GOOD, with Pete Grant, planning director, setting the scene for the invited panellists to spark thoughts and discussion.

Recent research conducted by GOOD, in partnership with YouGov, into the value of purposeful businesses, reveals that the public believes commercial brands have the resources, influence, and gravitas to make real change possible.

Over time, Grant believes the private and charity sectors will not be distinct at all, but instead, will merge into mission-led brands.

The opportunity for charities

Charities are, by their nature, purpose- and mission-driven, but they also need to remain relevant in this ever-changing climate. "Charities need to step up and present the role that they can play and not just be seen as wanting money from companies for their own gain," said Noha Al Afifi, director of fundraising and communications at Arthritis Action.

Charities need to be strategic with opportunities in the commercial space. Tension often arises when charities are perceived as less competent, but this isn’t the case in reality, Al Afifi argues. Charities have years of experience and expertise in their fields, which even the best-funded businesses can’t replicate or produce overnight. Both sides need to understand what value they each can gain from partnerships and be open to these discussions to effect positive change.

In Al Afifi’s previous experience of working in the commercial sector, she noted that a common frustration is that charities approach businesses for purely financial reasons, as opposed to looking at what the purpose in the partnership could be. This is where the sector falls short. Charities need to have the confidence to present the vital role they can play in a partnership.

Fellow panellist Luke Mallett, director of income and engagement at CLIC Sargent, agreed, saying that both charities and commercial brands have their own strengths. "Businesses have the power to bring reach, marketing muscle and audience insight. However, charities have real authenticity with their stories as well as real connection to Purpose."

Key considerations to note when embarking on a partnership are the problems you’re unable to solve on your own, what is distinct about your organisation, what you can bring to the table, and what you need from the partnership. Mallet believes that where the big wins really lie are through those long-term, strategic relationships where there is a shared sense of purpose and value – and not just in financial terms.

Kashif Shabir, chief executive of Muslim Aid, argued that charities need to be a lot better at defining their niche and not trying to do everything, which Shabir sees a lot of larger charities try to do. Instead, they need to ‘bite the bullet and pick a cause and stick with it’.

When faced with the rise of Purpose, this adaptation and strength-building keeps charities relevant as they will be acting more like commercial brands; identifying their unique selling point and keeping this focus. This will then lead to more effective partnerships with the commercial sector, which seeks to work with organisations that have a direct impact on the problem or problems they’re looking to solve.

Authenticity was the buzzword of the event, with Ellie Orton, chief executive of NHS Charities Together, reminding us: "Unity isn’t about all being the same. Unity is about diversity." Using NHS Charities Together as an example, Orton argued that, "faced with the rise of purpose, charity organisations need to understand that they are distinct and can bring authenticity to that distinctiveness".

Charities can bring true authenticity to the purpose that businesses are trying to achieve. This shouldn’t be framed as a threat, but as an opportunity for any third sector organisation seeking to take advantage of the rise of commercial purpose.

This virtual discussion was part of GOOD Agency’s Change Conversations series, which seeks to answer the most pressing questions keeping the sector awake at night.