The rise of shareholder activism

Last August, the Church of England hit the headlines after it announced that it was selling shares worth £1.9m in Rupert Murdoch's News Corporation.

The decision followed a year of discussions between the charity's three investment bodies and the media group after a number of its newspapers became embroiled in the phone-hacking scandal. The charity had called for governance reforms but was not satisfied that News Corporation would make the necessary changes, so it decided to sell all of its shares in the company.

While most charities do not have the profile or resources of the Church of England to engage in this kind of direct shareholder activism, there are still many ways that smaller charities with shares can influence a company's activities. This includes attending annual general meetings and asking questions, voting at shareholder meetings and talking directly to senior management.

Caron Bradshaw, chief executive of the Charity Finance Group, says: "Now, more than ever, charities are taking a holistic view of their activities and resources and exploring how these can be used more effectively to support their vision.

"In recent years we have seen increasing numbers of charities using their investments as a campaigning tool - adopting positive screening and corporate engagement."

Ruth Murphy, head of charities business development at the investment management firm Brewin Dolphin, says that it is mostly the larger campaigning charities that make use of shareholder engagement, but more charities are becoming aware of it because of the increasing scrutiny of businesses by investors. The publication of the Charity Commission's CC14 investment guidance in 2011 has also helped to make it clear that charities might wish to buy investments "primarily to engage in stakeholder activism".

The total value of investments UK charities hold in listed companies is not known, but their collective stake is believed to be relatively small compared with pension funds or insurers. Jackie Turpin, head of finance at the Joseph Rowntree Charitable Trust, says that, despite being a relatively small investor, the charity sector does have influence. Unlike certain investors, such as pension funds, charities can take a more long-term view and are therefore considered to be prized investors. "We're less worried about the ups and downs of the stock market," she says.

Turpin says it is not only size that counts when it comes to shareholder engagement: "Most companies are willing to have a dialogue with their shareholders, however big their shareholding, and it is up to us to participate in that dialogue."

Edward Mason, secretary to the ethical investment advisory group at the Church Commissioners, which manages the Church of England's investment portfolio, says that although it chose to go public last year about its divestment from News Corporation, most of its engagement with companies is in private. "We find that talking privately is the best way to achieve things," he says. "In the US, investors take a more confrontational approach."

Issues that the commissioners take up with companies include employment practices, corporate governance and the business's impact on society. It is also supportive of wider initiatives, such as the Access to Medicines Index, which encourages pharmaceutical companies to make medicines more accessible.

Charities that invest in pooled fund markets can also have their say. The report Responsible Investment and Charity Pooled Funds, published in April by the ethical investment research organisation the Eiris Foundation, found that a small but growing number of charity common investment funds had a policy of voting and corporate engagement. Some fund managers focus on corporate governance issues, such as directors' remuneration or separation of the chair and chief executive functions; others take into account other environmental, social and governance issues.

Among the most active has been the CCLA, the fund management company owned by local authority and charity clients. It has been putting pressure on large businesses to sign up for the Carbon Disclosure Project's index, which will show companies' environmental impact.

Doug Shaw, head of charities at investment manager BlackRock, believes shareholder engagement has become a more important topic for charity investors. "I gave a talk at our conference last October and there was huge interest from charities to know more," he says.

BlackRock has a global corporate governance and responsible investment team that manages the firm's shareholder engagement. The team engages with more than 1,000 public companies worldwide each year. Shaw says: "We also have a report on our proxy voting record on our website, which we didn't have a few years ago, because we know that many of our clients want to know what we are doing to engage positively with listed companies."

ShareAction is in the early stages of establishing a Charities Responsible Investment Network, which Rouse hopes will be a forum for charities to exchange experiences.

She encourages all charity investors, both large and small, to look at what kind of shareholder engagement they might be able to implement. "There's always something you can do, such as talking to your fund manager about it," she says. "The more charities there are that bring up these issues with fund managers, the more the fund managers will take the issues seriously and respond."

The Joseph Rowntree Charitable Trust has been involved in significant shareholder engagement activity, which in some cases has led to it selling some of its investments. 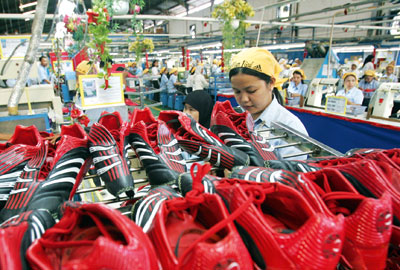 Recently, it was part of a coalition that held talks with the sportswear manufacturer Adidas over the working conditions in some of its supplier factories in Indonesia. This engagement led to an improvement in supply chain practices, says Jackie Turpin, head of finance at the charity.

Other actions in recent years have included engaging with the publishing company Reed Elsevier over its involvement in arms exhibitions, and with the mining firm Vedanta over human rights issues. In both cases, the charity sold its shareholding because its trustees did not feel the companies were moving quickly enough to address concerns, or felt that progress had stalled altogether.

But Turpin says shareholder engagement does not have to be combative. "Many people in leadership roles at big companies are doing their best to behave responsibly and appreciate us bringing issues to their attention," she says.

Increasingly, charities such as the JRCT are putting into practice shareholder engagement through partnerships with other charities or interested investors, says Turpin. "Often charities have limited resources to engage. It can be more effective to coordinate with other investors and share the work."

The JRCT is a member of the Church Investors Group, a collection of investors connected with UK churches. The CIG, which has combined assets of £12bn, gives guidance to its members about how to vote on issues such as executive remuneration at listed companies. The JRCT is also a member of the initiative Principles for Responsible Investment, supported by the United Nations.

Turpin says: "One of the challenges of shareholder engagement is that you never know for sure if your contribution leads to change, because a company will be talking to lots of different investors. There is a drip, drip effect, and it is the combined effect that is most potent."

- Find out whether your charity should take a total-return approach

- See our feature on the growing attractions of property portfolios