The rise of subscription services: How charities are thinking inside the box

Pay-monthly services have become ever-more popular in the commercial world. Now, as Rebecca Cooney discovers, charities are tapping into the trend to reach new supporters

As income from individual giving continues to look wobbly, an increasing number of charities are seeking new ways to bring in cash. And in a world where it’s now possible to have a regular, curated delivery of almost any product imaginable – from razors to healthy snacks, from beers to make-up – direct to your front door in return for a monthly fee, some organisations are trialling an innovative avenue used in the private sector: subscription boxes.

The numbers certainly suggest this is a healthy market. Hello Fresh, which provides recipes and pre-portioned ingredients for a week’s worth of meals, delivered more than 200 million boxes in 11 countries in 2018. And a report called A Nation Subscribed: 2018 State of the UK Subscription Economy, by the polling firm YouGov and the subscription software company Zoura, said that 82 per cent of UK adults held at least one subscription, including digital services such as Netflix and Amazon Prime, spending an average of £44.55 a month.

With income from direct debits in decline, the monthly source of income provided by such schemes could make them a logical step for charities, and some are already taking steps to explore them. 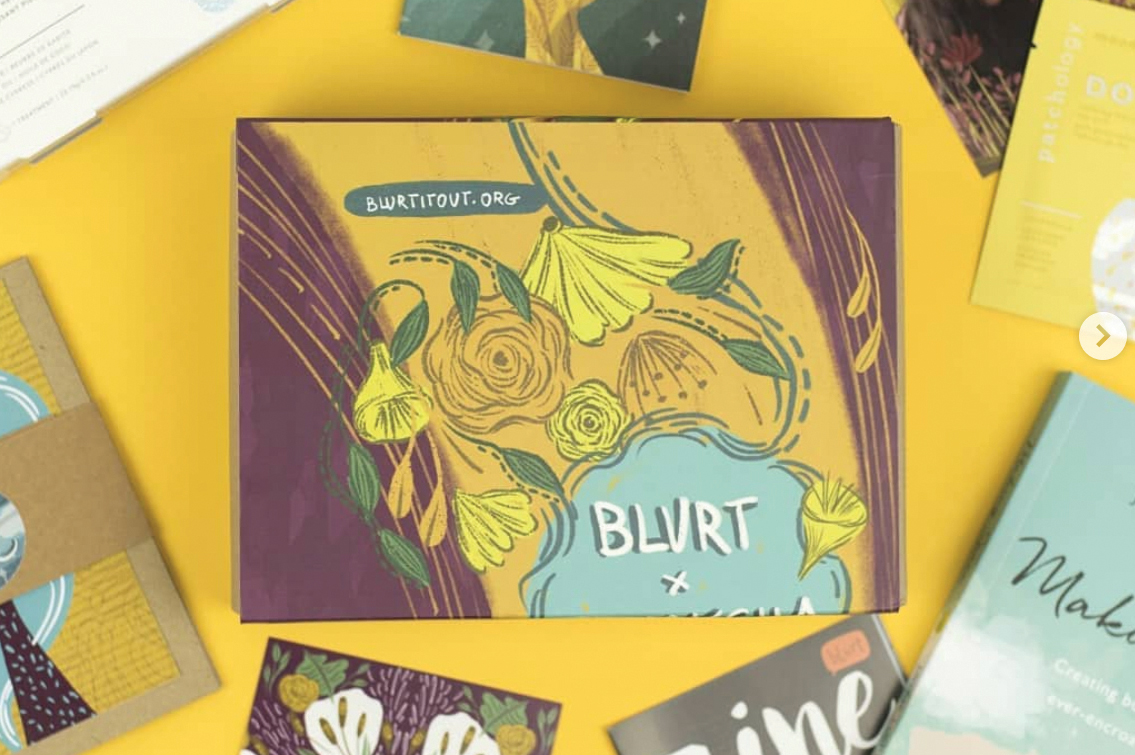 Since then it has been joined by a host of others, including the disaster relief charity Shelterbox, which runs a subscription book club, and Child.org, which runs Treat, a service that allows businesses to reward their employees with "thank-you" gifts such as cakes and stationery. Commercially-run schemes have also partnered with charities such as the Vibrant Vegan Company, which donates a meal through War Child UK for each of its meals sold.

But subscriptions are not just about money: as well as bringing in an income stream, many voluntary organisations design their services to promote or further their charitable aims. Blurt’s "Buddy Box" subscription is billed as "a hug in a box", designed to provide a mental health pick-me-up for subscribers.

Boxes cost £21.50 and contain at least five things "hand-picked" by the organisation "to nourish, inspire and encourage self-care". The exact contents are a surprise, but previous boxes have included self-help books, eye masks, planners and stickers.

To maximise its reach, the CIC has taken a flexible approach to subscriptions, with a "lite" version containing three products available for £12.50 and the option of ordering a box as a one-off. Since the service was launched, Buddy Box has attracted more than 1,100 monthly subscribers and a large number of one-off orders, and is now the main source of income for the organisation.

"We felt as though there was room for a subscription box that was self-helpful, affirming and comforting," says a spokeswoman for the CIC, adding that the boxes can be a way for people to start difficult conversations with people they suspect are struggling.

The disability equality charity Scope, which focuses some of its work on supporting disabled children and their families, has also invested in subscriptions. The charity launched its Mindful Monsters service in June 2017 after audience research identified a "real want and need for a product that helped children’s emotional resilience in a fun and engaging way, while providing quality time between parent and child", according to Si Muddell, head of engagement and innovation at the charity.

For £7.50 a month, each subscriber receives a set of seven cards that suggest activities designed to help families spend quality time together and introduce children to mindfulness. The cards focus on four key areas: boosting creativity, improving concentration, inspiring positivity and aiding relaxation. Each pack includes stickers for children, a guide for parents and information about how the money generated by the subscription is supporting people with disabilities.

So far, the original subscription boxes have brought in £1.5m, and the charity estimates that over their first five years they will yield returns on investment "comparable to face-to-face fundraising".

After the scheme’s first successful year, the charity launched a school-specific product, co-created with teachers, and a personalised online product store.

"What we realised with Mindful Monsters is that we had developed more than a subscription product," Muddell says. "We had developed the start of a potential children’s brand. Over the past 18 months, we have invested in diversifying the product offering to reach new audiences."

The charity is still learning about how to instil the charity’s mission and messaging into the product and encourage people to evolve from customers to regular donors. But the long-term vision, Muddell says, is to become a global children’s consumer brand that, he hopes, will yield greater returns on investment.

WWF’s subscription offering, Amazing Planet, which was launched in November, is also aimed at families with children. Katie Dogra, WWF’s head of supporter engagement, says the charity’s research showed both that children are fascinated by nature and wildlife and that their parents are looking for ways to learn and spend time with them. For £10 a month, subscribers receive information and activity packs that contain fun facts about the natural world and provide access to immersive digital content such as an interactive map and app, allowing children to learn more about wildlife around the world using augmented reality.

The subscription is designed to last for a year, including a starter pack and 11 months’ of subsequent packages. The charity says it is unable to give any figures about the sort of returns it hoped to see, but Dogra says: "We are hoping that Amazing Planet becomes a key pillar of our portfolio."

And rather than replacing traditional direct-debit donations, the WWF’s website suggests the scheme might be a way to attract new regular givers: after the year-long subscription ends, each subscriber will "have the option to become an ongoing WWF donor".

It’s arguably early days for charity and not-for-profit subscriptions. Blurt’s spokeswoman says the service has had to evolve when similar products have been made available: "It has been difficult to remain competitive and we’ve had to tweak, pivot and review our product to help it remain useful to our subscribers."

So whether it’s looking to build on an existing audience, further your charitable aims or reach new users, now could be the time to think inside the box.