RNLI, the lifeboat rescue charity, has launched a campaign urging people to Respect the Water and avoid putting themselves in danger when spending time by the sea or rivers this summer. Using the hashtag #RespectTheWater, the charity is posting eye-catching images and water safety facts on Twitter, as well as using Instagram to post images of staff such as lifeguards and coxswains along with descriptions of why they respect the water. 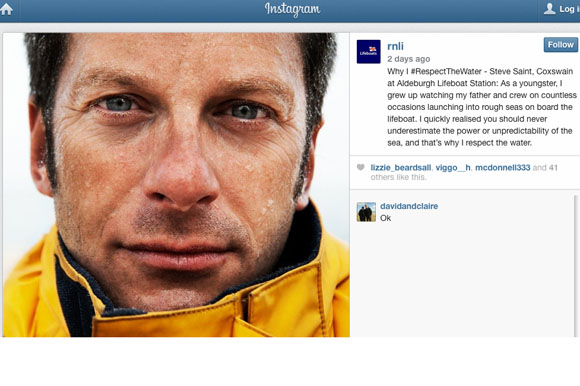 All of these link to the charity’s website, where people can find extensive advice on how to stay safe. There is also a video featuring an interview with Elizabeth Toogood – whose uncle Lee drowned while out swimming in Weston-super-Mare – along with advice from RNLI staff.

Offline, the campaign is focused on nine key seaside or riverside locations, including Portsmouth, Brighton and Kingston-upon-Thames. There will be posters including safety advice specific to each area, and a cubic metre of water weighing one tonne will also be on display in each location, to help people realise how heavy, and therefore potentially dangerous, this relatively small volume of water is.

Why is the charity doing it?

Figures released in June show that 167 people lost their lives at the coast in 2014 - the highest annual figure in four years. The RNLI’s lifeboat crews also saved the lives of a further 368 people who found themselves in danger. Through this campaign and other activity, the charity wants to halve the number of coastal deaths by 2024. It particularly wants to raise awareness of the fact that it is more common for incidents happen when swimming or paddling (20 per cent of last year’s total incidents), or slipping over when walking or running (32 per cent) rather than when undertaking adrenaline sports or sailing in rough weather.

Who is it aimed at?

Research shows that adult men have accounted for 68 per cent of the 640 coastal deaths in the past four years, so to help target this group the campaign is being backed by the England rugby player James Haskell. Alcohol was a contributing factor in one in five deaths last year, so the campaign issues specific warnings about water safety when drinking, including an image of a pint of lager with a reminder to Respect the Water on the glass. 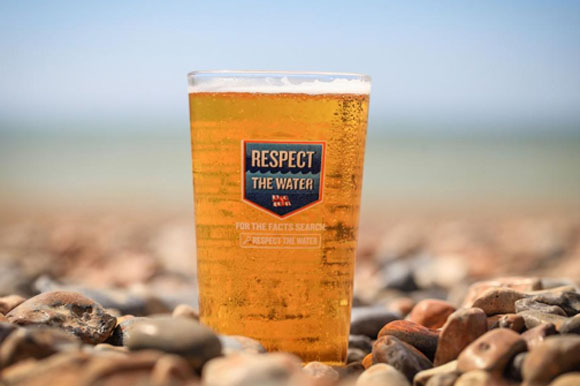 What does the charity say?

Ross Macleod, coastal safety manager at the RNLI, says: "Each year, more people lose their lives at the coast than are killed in cycling accidents, so we’re trying to make people, particularly men, realise that they are at risk from drowning if they don’t follow some basic but important safety advice."

A timely and well-targeted campaign that utilises multiple channels across social media and the real world in order to communicate its message. The information on the charity's website could perhaps have been presented in a more eye-catching way, but this is compensated for by the strength of the images posted on Twitter and Instagram.